….I sort of Long for him. How this website remains free is beyond me. Anyways, here’s a thought experiment for you. Say you were out shopping for shoes and you see a pair of Nikes for $150, while the Mikes are right next for $15. Which do you buy? Even if the quality of the two products are similar? For those who buy shoes for the status symbol, then the Nikes are the obvious choice, but for the practicality-inclined, the Mikes are the no-brainer. For fantasy baseball, there are some who draft players on name value, which is fine, but sometimes the name becomes a blinder which prohibits the eyes from identifying similar, yet cheaper players. Shed Long of the Seattle Mariners may be just that player, as he is being selected as the 418th overall player in NFBC drafts from 3/1/2020 to 5/24/2020. You won’t believe who the Nikes to Long’s Mikes is.

Shed Long is 24 years old, 5′ 8″, 184 pounds, and bats from the left side. He was drafted out of high school by the Cincinnati Reds in the 12th round of the 2013 MLB Draft. He spent two years in Rookie ball and did diddly squat. The following three years were spent in Single-A, where he showed his potential, displaying power, speed, and plate discipline. In 2018, he was promoted to Double-A and clubbed 12 homers, stole 19 bases, with a 10.9% walk rate, 23.6% strikeout rate, and .261 batting average in 522 plate appearances. In January of 2019, Long was traded to the Yankees for Sonny Gray, then shipped off to the Mariners. He played 56 games in Triple-A during the 2019 season and 42 games with the big club. While he ended up with 5 homers, 3 stolen bases, 9.5% walk rate, 23.8% strikeout rate, and .263 batting average, it was in only 168 plate appearances due to suckitude and injury.

Let’s break it down.

Now, let’s get down to the nitty gritty and see why I sort of Long for Shed.

First and foremost, he’s slated to start at second base and bat leadoff for the Mariners. Steamer has him projected for 560 plate appearances. There is a chance that the corpse of Dee Gordon could siphon off more playing time, especially if Long struggles, but I have my doubts, as Gordon is about as alive as Bernie Lomax.

Last season, Long was much more successful against lefties than righties. .333 average against lefties and .241 against righties. The walk rate was 12.2%, while the strikeout rate was 14.6% against lefties. Small sample size for sure, but it’s encouraging that he’s not a zero against left-handed heroes. In fact, over his minor league career, here are his batting average splits:

He’s also not a zero in the power department, as he’s had an ISO below .150 only three times in his career, and two of those were his first two years of professional ball, straight out of high school.

As for speed, he’s not a jack rabbit by any means, but he has stolen over 10 bases in three minor league seasons. According to Statcast, his sprint speed is 27.6 feet per second, good to place him in the 68th percentile. For perspective, Danny Santana is at 27.7 ft/sec and Francisco Lindor is at 27.5 ft/sec.

Now for the mind blowing part of the piece. Check out the numbers below:

The plate discipline is obviously better, but some of the runs and RBI are a byproduct of more plate appearances and better surrounding cast. Now let’s factor in draft cost. Biggio is being selected as the 122nd overall player in NFBC drafts. Remember Long Duck Dong from Sixteen Candles? Automobile? That’s what I feel like screaming right now.

Before I get too many internet tomatoes thrown at my purty internet face, Biggio has the higher floor and is safer for sure, but but but….the numbers speak for themselves. 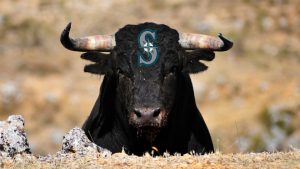