To slay evokes feelings of power and always denotes conquest. There is no better description of victory than, “he/she slayed their opponent.” Well, filleted also works, but that just gets me craving for sashimi. Anyways, one of the cute things about the tv show, Buffy the Vampire Slayer, outside of Buffy being cute, was the dichotomy of the feminine and masculine morphing into one. Or maybe it’s just sex sells. Whatever. What hasn’t been cute, though, are the many ways Danny Duffy has been…..a slayer of WHIP and FIP. Grey hates him. Should you?

For full disclosure, I’ve been a fan of Duffy for some time. Need proof? No? Well, here it is anyways. A half pence earned is a…..uh, a long way from getting rich.

So, I obviously have a bias when it comes to Duffy, but I will try and let the numbers do the talking. Try being the operative word, as we all use numbers to tell “our” story.

The season-long numbers make me want to whisper…..meh. 8.16 K/9 is fine, but well off the mid-9 rates he was spinning just a few years ago. The 4.20 BB/9 makes me want to electric scooter down to the nearest dispensary. The 1.5 HR/9 makes me want to scooter into oncoming traffic after partaking in the goods from the local dispensary. The ERA of 4.59 and xFIP of 4.96 make me hope that the battery in my electric scooter blows up and engulfs me into a ball of flames before that 18-wheel truck does what 18-wheel trucks do.

Why am I babbling about his recent game log? Below is a chart for teams against left-handed pitching for the season. Psssst….Duffy is left-handed.

CHW, MIN, and OAK are all top 10 in striking out against LHP. They are also also in bottom 10 for slugging. Surprised that Duffy dominated them all? On the flip side, CLE, HOU, and LAA are all in the bottom 10 for striking out against LHP, while CLE and HOU are top 10 in slugging. The Angels are near the bottom in slugging, but they do have some powerful righties in that lineup. MIL doesn’t strike out often against lefties and they have some power righties, but they have a lot of lefties in that lineup. It also must be mentioned that after getting blown up by HOU, Duffy pitched against them the next outing and shut them down.

Duffy is dominating the teams he should be dominating. He’s also struggled against teams that he should struggle against. EZ PZ.

Is Duffy an ace? No. But what makes him great is that he throws hard, misses bats, and, most importantly, is predictable. He will more than likely dominate the matchups that he’s supposed to. In bad matchups, you’re not tempted to start him, which provides tremendous value in and of itself. Here’s the final caveat. He does have the upside to be must-start material. 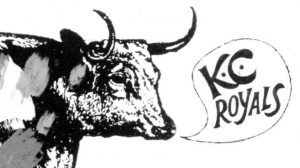 I’m way late to the party but I’m hoping he can keep up what he’s been doing lately. My pitching staff is in shambles right now and I could use his stuff.

@Hebrew Hammer: I’m playing him across the board tonight. Good luck to me…and possibly you

Would you consider Duffy over Gausman in a 12 team 6×6 with BAA?

Would you trade Mazara for Fernando Tatis JR. is a H2H Keeper league?

@Vash: I would, but you should hit up Ralph, as he’s the prospect guru….my apologies…he’s the ProspectJesus

Thanks for the write up. I’ve had Duffy on my bench since his 10K outing against Oakland. Everytime I ask Grey if I should start (except against Cleveland no need to ask) he says bench or he doesn’t like him lol.

Unfortunately, Duffy is under contract (16 team Dynasty keeper). I am in first face in the division, 11-4, and need the SP points.

I lost any confidence in Duffy after start to the season and have no belief in the KC offense for run support.

Saying that, he has put up monster numbers on my bench recently.

Play him in the favorable matchups.

I’m hoping the right pieces move at the deadline (Hand, Rodney, Britton), but regardless of that, should I switch out any of the starters? I’m short on moves and FAAB budget too, so I would be hoping to avoid making a lateral move.

@Sabo Knows Sabo: Only move I’d look to make would be to scoop up Gsellman. Other than that, looks good.

@Son: Thanks. I might go after Andrus…ROS projections are better than Peraza. What if I can give up a $6 Peraza for a $15 Andrus? Does it still look good?

@Kruk_Ain’t_An_Athlete: I’m good with that

I have Ryu and Hendricks at the back of my rotation. Duffy better than either of them?

belcamp burns me in the arse

in a 12 team ESPN keeper league , Who should I replace Austin Meadows with???

Son
Reply to  belcamp burns me in the arse

@belcamp burns me in the arse: Who’s available?