If you paddle out into the ocean to kayak or surf, there’s a chance you could encounter a shark. Will the shark attack you every time? If it’s hungry or feels threatened, then you will get attacked. Some will view that as a shark just being a shark while others will want to kill the shark for being a threat despite the fact that something is infringing upon its domain. If a shark walked on its fins into someone’s home, then an argument can be made. The same thing happens in fantasy baseball. A player’s stats can fluctuate for a variety of reasons, which causes the perception of said player to change, but more often than not, a player is who he is. Avisail Garcia of the Milwaukee Brewers has been added in 16.6% of ESPN leagues over the last week to take his roster percentage to 56.3%. Who is Garcia?

Garcia is 29 years old, 6′ 4″, and 250 pounds. He was signed as a free agent by the Tigers back in 2007. The power/speed combo was evident from the get-go as he went 7/7 in 263 plate appearances in rookie ball as a 17-year-old. He was never a walker and the strikeout rate was in the high-teens to low 20% range. He did maintain a high-BABIP while the power was decent but not prodigious. The ISO never eclipsed .200.

He was traded to the White Sox in 2013. He played five major league seasons with them. He never stole more than seven bases in a season and the power started to blossom his last two years, as he hit 18 and 19 home runs. The walk rate did go from the 3% range to the 7% range while the strikeout rate ticked up into the low-20% area. The average settled into the .250 range as he wasn’t able to consistently maintain a high BABIP like in his Detroit days.

With that big season, Garcia parlayed it into a two-year, $20 million contract with the Brewers. Prior to that breakout season with the Rays, NFBC drafters were selecting Garcia in the 380 range. After? He was being selected on average with the 214th pick.

Then the COVID season happened and Garcia hit two home runs and stole one base ins 207 plate appearances. As a result, the ADP coming into this season was 372.

Looking at the numbers, though, the walk rate increased from 2019 to 2020. The strikeout remained the same. The BABIP came down which brought the batting average down. The big killer was the ISO, as it plummeted from .182 to .088.

He hit a few more ground balls but the line drive rate increased. It was the HR/FB number that got decimated. The chase rate, swing rate, and contact rates all decreased. The swinging strike rate remained the same.

Now, here’s the thing. In 186 plate appearances this season, Garcia has 10 home runs and four stolen bases but the walk rate is lower than last season and the strikeout rate is up. The ISO is at a career-high, though. He’s hitting fewer line drives, the ground ball rate has increased but the HR/FB number is also at a career-high.

The chase rate and swing rate are identical to last season but the contact rates are actually lower. The swinging strike rate is also higher.

The sample size from this season is almost identical to last year. Yet the results are markedly different despite many of the underlying numbers being similar.

There are some extraneous variables that are likely influencing the equation here, as Garcia switched both teams and leagues last season. He also signed a fairly lucrative contract. There was the whole COVID thing last season and he came into this season 40 pounds lighter.

That said, Garcia is essentially who he is. He is going to go on crazy cold streaks because he is 5th in swinging-strike rate and 17th in chase rate. He also has the ability to go on heaters. We now have two sample sizes of around 200 plate appearances that illuminate both sides to Garcia’s game.

What to do going forward?

If you can stomach the volatility, then Garcia is a fine pickup. Not many players can go 20/10. There’s also the possibility that he truly does go on a heater and exceeds expectations. He’s done it in the past and has had stretches maintaining a high BABIP. I wouldn’t expect that but know that it’s within the range of outcomes. 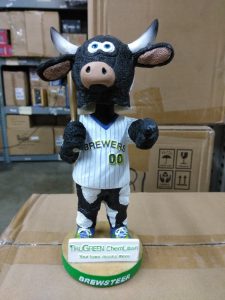 He’s hungry for a wife that will remain loyal

Now I get the prince reference. I heard avisail opened up an all you can eat buffet