Eugenio Suarez is off to a blistering start in 2017, slashing 23R/7HR/22RBI/2SB in just 36 games this season. Suarez is fairly young, as he’s 25 with three years’ experience in the majors. However, he only started receiving consistent playing time beginning last season, and has been producing with his daily starts in 2017.

A consistent starter in Cincinnati, Suarez has been one of the top options at third base. While the hot streak will not continue indefinitely, he has the ability to consistently produce stats for the remainder of the 2017 season. In this article, I’ll show the reasons why I believe Suarez will continue his high contact rate and power surge.

The example I’ll provide will be using his last four years of stats, beginning with his 2014 rookie year in Detroit.  This will allow us to see the progression of his stats, along with the growth of his contact rates.

Evan Longoria is a rare case. In a world of free agency and trades, Longoria has stayed with the Tampa Bay Rays for nine seasons, ever since he was drafted third overall in the 2006 draft. That’s some serious commitment. If I wanted to talk about a lack of commitment, I’d make a low-brow reference to Tony Parker and Eva Longoria. Heyo!

A three time all-star, Longoria used to be one of the first third baseman drafted. However, people tend to gravitate towards youth, sometimes valuing youth over established production. Longoria can still provide some very solid production, and at a discount with his current ADP.

The example I’ll provide is a comparison between Longoria and a fellow third baseman, Kyle Seager. Seager is a great hitter for the Mariners, and is being drafted highly. I’ll show that Longoria should provide similar stats to Seager, at a discounted ADP.  I’ll be examining the last four years of production for both players, which are strikingly similar… 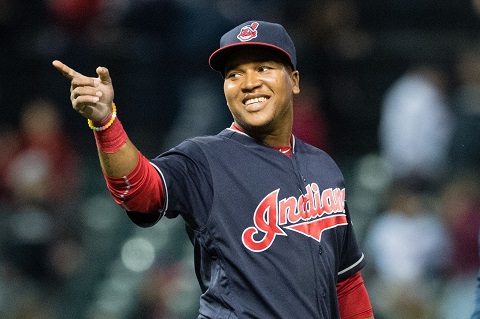 Jose Ramirez is a switch-hitter that experiments with positions more than the Kama-Sutra. With Yahoo, he was eligible at 3B/2B/SS/OF, while he was classified as a 3B/OF in ESPN. Ranked as the 17th overall third baseman by Grey, Ramirez poses an interesting case for sabermetrics analysis. He had his first role with consistent playing time in 2016, similar to fellow star shortstop Francisco Lindor. I’ll be analyzing the two players together, to demonstrate the relative value generated by Ramirez.