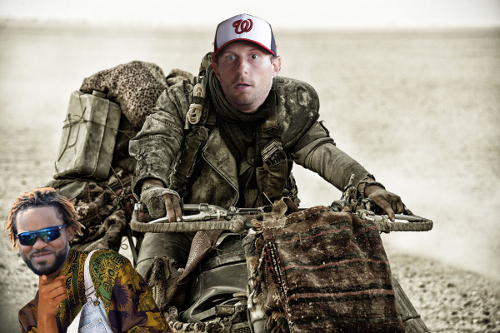 Through the first few weeks of the season it seemed as if Prince Fielder was gearing up for another disappointing season. While last year was the result of an injury, it was disappointing nonetheless. Maybe he should have never left Milwaukee. You know, on the playground where he spent most of his days. Although Detroit wasn’t bad to him either. Those who doubted Fielder are now likely doubting themselves. Those that drafted him are now patting themselves on the back. In the past 14 days, no hitter has more fantasy points than Prince who has collected 72 points, including 6 home runs, 19 RBIs and 0 stolen bases. However I am predicting at least one stolen base before the season concludes and I believe that will be one more than Billy Butler‘s season total. Fielder is on pace for 35 home runs, 133 RBIs and a “jazzy” 577 points. 133 RBIs would be a single season high for Prince. Even though he looks more like Uncle Phil, The Fresh Prince Fielder is back!

This week I’m making a little one-week tweak to the Creeper of the Week and going with Creepers because we have something that doesn’t always happen. What is that Big J? Well eager reader, it’s a seven-game Monday-through-Sunday home series for the Rockies. By my count, this will only happen three times this season. The hard part was finding an under-owned player not taken on the Rockies playing everyday, and it’s so barren right now that even the French DJ is over-owned to qualify for this post. Hey there French DJ can you drop me a cut for this creeper post? Very nice, old school, but isn’t that a little too obvious? I get it, you are on the 1’s and 2’s, so the choice is yours. Can I at least get one cut with a baseball name in the title? What’s that? You don’t do requests? Sheesh, that Charlie Blackmon ego is rubbing off on your euro sensibilities. Forget about it, let’s move on to the reason we are here.