Good Afternoon DFSers and welcome to today’s edition of Toilet Talk with Jared!

Today’s going to be an interesting day for baseball.  It’s TRADE DEADLINE DAY!  Make sure you are paying close attention to lineups.  While you may see some get scratched late, this also leads us to some possible value plays where we normally wouldn’t see them.  My favorite pitcher tonight is Tyler Glasnow ($9,500) vs. the Yankees.  This isn’t the same feared lineup without Stanton, Judge, Torres, and now Hicks.  I expect Glasnow to take us to the profit land tonight.

We have a fun slate today that should yield some offense.  We have several teams that are in great spots, including the Dodgers, Braves, White Sox, and <insert homer status> Mets.  Pitching is void of Aces today so you’ll need to look to find a pitcher that you like.  My early lean is on Ryu against the somewhat hot bats of the AAAA Orioles.  Let’s dig in to today’s players!

Now here’s a surprise, Donovan Solano (2B: $3,300) is red hot and even though the G-men aren’t the strongest supporting cast he has found a way. The top part of the order can lead to good things no matter who you are or what the rest of the team looks like. The average is sky high and shockingly he’s near the top of the league in delicious RBIs. Mix that all together and we have a supreme sundae. Coors is just the cherry on top. Let Donovan take you to the promised land.

Brent (@ExitVelo_BH), Jordan (@ExitVelo_JR), and Zach (@Braffz), breakdown the MLB 60 game schedule and what teams have the easiest path to the playoffs. The Twins, Padres, Indians, and White sox have a great chance to make the playoff and compete. The Angels, Athletics, and Rockies have some of the tougher schedules in the league. We discuss the underrated fantasy assets on teams that will compete. Can Wil Myers, Franmil Reyes, Luis Robert make impacts on their rosters? We discuss our award winners in a 60 game season. Can Josh Hader as a reliever get CY Young consideration? We all agree Josh Hader will be a very valuable asset in fantasy leagues. We talk about the future of the Exit Velocity Podcast and guests we will feature, highlighted by SP Streamer, Carter Capps, Adam Aizer, Chelsea Ladd, and Deegs. We also launched a new podcast store on Instagram (exitvelocitypc), which include shirts, mugs, koozies, wine glasses, and beer steins!

Who could be this year’s Chris Sale or Brandon Finnegan? Those two made their Major League debuts in the same year in which they were drafted: 2010 for Sale, 2014 for Finnegan. Sure, both of those players got their feet wet via abbreviated action in the Minors, but “feet wet” might be an overstatement. If anything, their spikes got a little damp, then dried off by the time they arrived in the realm of the AL Central. Sale made just 11 Minor League appearances for a grand total of 10 1/3 innings pitched, while Finnegan bested him with 13 appearances and 27 frames. 2020 draftees won’t have the same opportunity to prove themselves against MiLB talent, but they’ve also been gifted with the uniqueness of the pandemic-shortened 2020 season, which opens the door for all sorts of insanity and unprecedented strategies from MLB brass.

Therefore, we have to call it a wash. If all goes according to plan and we do indeed get a 60-game season, 2020 is going to be super weird. As a result of that, I’m not the first person to openly predict we will see a 2020 draftee appear in the Bigs this year and I certainly won’t be the last. My expectation is that we will see one-to-two recently drafted players appear in the MLB this season. Although I can’t say with certainty who exactly that will be, I can attempt to do so using the information that’s out there. That’s precisely what I’ll be breaking down in this post by providing you with a list of pitchers who have an outside chance to contribute actual fantasy value in your league this year, ranked from the most likely to the least likely.

JB Wendelken (@jbwendelken) joins the show to talk about his career so far and some hurdles he has had to overcome from TJ to be one of the best relievers in the A’s bullpen. We discuss what he felt on draft night and later in his career getting traded away from the Boston Red Sox to the White Sox and now is in Oakland. JB also gives us some of his favorite memories, and some of the best foods to grill on his Traeger grill. 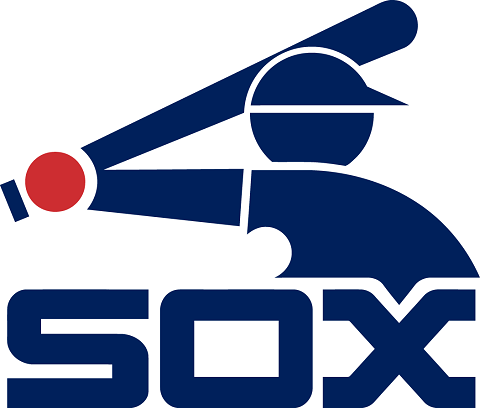 Hello, everyone! My name is Zack Burgess and I am excited to be joining the Razzball.com Fantasy Baseball crew. I have played Fantasy sports since 2007 and haven’t looked back. I am looking forward to providing the best possible content for you fine folks to read. So without further ado, here is my Team Preview of the Chicago White Sox. I have paired up with Joshua Nelson from South Side Sox for this venture. I hope you guys enjoy!

Last season didn’t go as planned for the White Sox, but we did get to see the emergence of Carlos Rodon, one of the more exciting young arms in the game. The Sox followed a similar formula in the 2015 draft, selecting college righty Carson Fulmer in the first round. He might not be as quick to the show as Rodon, but Fulmer shouldn’t last long in the minors either. While rookie Carlos Sanchez held down the fort at the keystone in 2015, this year should bring another extended look for Micah Johnson. Tim Anderson could also get a shot this year. He’s a polarizing prospect on traditional lists but brings a high fantasy ceiling to the table.

Well that’s a new one. No player. Nope. Not giving you a pitcher. Ok, I kinda am. Sale is da bomb dot gov. But you don’t need me to tell you that. Unless, of course, you haven’t paid attention to this sport we call baseball for the last three years, then maybe you need my insight on the guy that coulda been AL Cy Young if it weren’t for a DL stint. And heck, I’m not even giving you a specific hitter. I’m talking fat stacks…or phat stacks if I were Chris Tucker and it was 1997. Remember when he was funny? Yeah, I don’t either…anywho, this was a theory discussed with a good friend who’s into the DFS game and who had a great take on the psychology of a baseball game. So when you’re the pitcher opposing a certified ace and aren’t really ‘on your game’, you’re gonna get like your GF’s panties get during that certain time of the month: spotty. And when you get spotty, you get dicey. And when you get you know what, I just can’t do the Direct TV commercial. It’s been done to death. The key thing here is recognizing that the other team and their opposing pitcher can get a bit intimidated going up against an arm like Sale. These types of feelings are hard to get around. An error here, a booted double play there…the big thing is, Baltimore and Bud Norris are in a bad spot for today and I plan on taking advantage. And speaking of Bud…gross. That’s both about the beer and the pitcher splits. Norris isn’t great at all at this point but away from Baltimore, he has a 4.55 ERA and a near doubled HR/9 rate at 1.28 away from the ‘friendly confines’ of Camden Yards. In particular, lefties have given him the most trouble with 6 HRs in 33.1 IP and a .354 wOBA. So if you’re against a huge stack, keep in mind Adam Dunn, Alejandro De Aza, and Conor Gillaspie when you’re building your rosters for the day.

New to DraftKings? Scared of feeling like a small fish in a big pond? Well try out this 20 Teamer of Razzball writers and friends to wet your DK whistle. Just remember to sign up through us before you do. It’s how we know you care!

Happy Sunday gang, time for another Razzball look at what’s become the most important commodity in our favorite game– prospects. Our “Prospect Primer” reflects a handful of the prospects I’m keeping a close eye on heading into Week 20 (for both shallow and deep fantasy leagues). In our constant attempt to frame information and discussions to be as helpful as possible to our readers and fantasy owners, we’re restructuring our bi-weekly prospect columns (Sundays and Wednesdays) to focus on the more “well-known” prospects (our Top 50/Top 100) that are likely going to affect shallow to mid-level fantasy teams.

We will continue our “Panning For Gold” series moving forward for owners in deeper leagues, but these won’t be a regularly-scheduled feature, but keep checking in for true “sleepers” daily… I’ll continue trying to “shine the light” on players that may not impact your leagues in the short-term, while revealing players you might scoop your fellow owners with as time warrants and permits.

Disclaimer: the bi-weekly lists AREN’T a “re-ranking” of our Top 50/Top 100/Organization Lists. The players mentioned will typically be guys that owners in somewhat regular leagues NEED to be aware of (regardless of their current level) to keep from slipping behind as they want to stay competitive in “keeper leagues”. There may be a sleeper mentioned from time-to-time, but they may be more important to managers in deeper and more long-term leagues. The players listed aren’t in any particular order (you’ll notice they’re listed alphabetically), they’re simply guys you need to keep an eye on and someone you might be interested in targeting when you’re wheeling and dealing.