Please see our player page for Brian Flynn to see projections for today, the next 7 days and rest of season as well as stats and gamelogs designed with the fantasy baseball player in mind. 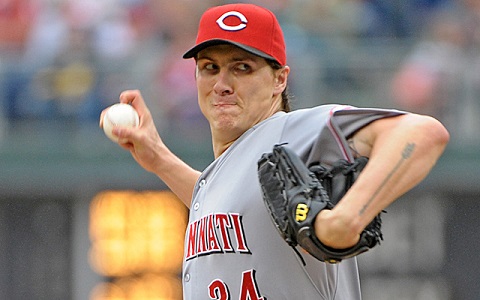 Only week 1 into Spring Training and we’re already seeing some draft altering injuries. Some predictable (Homer Bailey,) some crushing (Alex Reyes,) and some hilarious (Brian Flynn–who falls through barns in 2017?!) Expect to see this article appearing more regularly now that we’re back in baseball season.

Here are some players who are ruining people’s fantasy lives already before the calendar even turns to March.

Man, the sound of the words rookie sleeper pitcher just makes my skin crawl. Prospect and rookie hitters are so much more exciting to own, and just as fun to write about. Pitchers, on the other hand, not..so..moooouch. Outside of the top 100 type guys, I typically stay away from spec arms in leagues of all shapes and sizes. Increasingly, over the past few seasons, some what unheralded starters and relievers have come from nowhere and made an impact in deeper leagues and dynasty’s. So to round out our rookie sleeper posts for the pre-season, we’re going to dive into some of the off the radar arms that should reach their rookie limits this season. Just to be clear, we’re not talking about Giolito, Urias, Berrios, Snell, Glasnow, etc. You should know those guys, if you don’t, go back and read my previous posts. BTW….you should know those guys. Rookie sleepers for 2016 fantasy baseball, this time with 113% less The Band and Da Band mix ups. Seriously, I was getting attacked in the comments and on Twitter, and all over a silly definite article mixup. Is Da a definite article?

Welcome to the 2016 Razzball Team Previews! You’ll find everything you need to know about each team to get yourself ready for the upcoming fantasy baseball season. And I mean everything, folks. We’ve got line-ups, charts, Slurpees, lube, a guide for beginner electricians, and even a cactus! Well, that’s a lie. That’s what Jay had last year sitting in front of him. This year? Um…a little less lube? Take that as you will. But hey, we’ve got teams to preview and questions to ask, so let’s hop to it. We a very special guest for this post…Max Rieper, to provide his take on what the team has in store this season. Now enough rambling, let’s see what 2016 holds for the Kansas City Royals!

It’s been a long time coming for the Kansas City Royals, but they finally tasted the sweet fizz of championship champagne last fall, and it was all due to Jonny Gomes. I’m not sure if you know this, but he’s the kind of guy you want to go to war with. Hacksaw Jonny musings aside, the Royals built a winner the old fashioned way. And by old fashioned I mean good drafting, solid player development, and excellent trading. In the process, they’ve graduated quite a few players onto their major league squad, traded some for established vets, and let others take the time needed to fully develop. The aftermath is there isn’t a ton of sexy fantasy prospects anymore, but the farm’s not barren, and there are some really intriguing players in the low minors. Dayton Moore and his constituents stuck to their philosophy, and in the end they’re the poster children for why prospects matter. Just ask Baseball America!

The Gist
2014 was another step forward for the Marlins. Giancarlo Stanton put up MVP caliber numbers while fellow outfielders Christian Yelich and Marcell Ozuna both performed well in their sophomore seasons. All three are still under the age of 25. Right-hander Jarred Cosart was acquired from Houston in exchange for prospects Jake Marisnick and Colin Moran – both top ten prospects in the Marlins’ system a year ago. There is more to look forward to in 2015. Left-hander Andrew Heaney should get a crack at the rotation while pitching phenom Jose Fernandez is expected to return at some point this season as well. The farm system is pitching heavy and features multiple arms that could become options for the rotation soon. In this year’s draft the Marlins signed more high school players (11) than any other organization including first-round pick Tyler Kolek, who was selected second overall.

I did some complaining last week about how the plethora of six-man rotations this time of year dilutes the two-start pool and makes two-start forecasting quite difficult. And while all of that is surely true, it’s also true that at this point of the season is probably the easiest time all year to get your greedy little hands on some quality two-start streamers. If you’re still reading this post midway into September, you’re in the minority. Week 25 is the finals in most H2H formats, the semis just about everywhere else. And if you play in one of the weird no-playoffs H2H leagues, odds are there aren’t more than two teams in serious contention at this juncture. Point is, there just aren’t that many people exploiting the two-start scene anymore. From this point forward, you should be able to snag some usable streamers without much trouble. Of course, if you’ve made it this far, I’d like to think your staff is strong enough to succeed without the help of fringy waiver adds.

As always, probable pitchers are subject to change. For a look at all fantasy baseball streamers, click that link.