No one is perfect. Even the greatest closer of all time, Mariano Rivera, had a career save percentage of 89%. In addition, no one can have an approval rating of 100%. There are too many divergent perspectives, opinions, and experiences for that to be feasible. John F. Kennedy, the 35th POTUS, has the highest average approval rating (70.1%) since the Gallup Poll was created in 1935. The high mark was 83%, while he bottomed out at 56%. Donald Trump, the 45th POTUS, has a high of 46% with a low of 35%, which gives him an average of 39%, the lowest by far of any POTUS. For as much as a POS he’s been, though, he has provided value for many. Which brings me to Ian Kennedy of the Kansas City Royals, who many have sworn off from past experiences, but has been added in 7.9% of ESPN leagues over the past week. How will this Kennedy Administration end?

Ian Kennedy was a starter for all of his career, until he proved to be more valuable for opposing hitters than his own team. The Royals pulled the plug on Ian the Starter prior to the start of this season and moved him to the bullpen. In the second game of the season, Kennedy notched a save. Unfortunately, he would go 19 games before getting another one. Fortunately, since that 19-game Dark Age, Kennedy has accumulated seven saves. Gotta love the ebbs and flows of baseball.

When Kennedy was a starter, the velocity on his fastball averaged close to 92 mph. In addition, he threw a cutter, curveball, and changeup over 10% of the time for each pitch. Since transitioning to the closer role, the fastball velocity has ticked up to 94 mph and he’s essentially scrapped the changeup, as the usage of that pitch has gone from 10% down to 1.7%. Correspondingly, the fastball usage has increased 6% while the cutter has gone up 3%. For those doing the arithmetic, the curveball usage has decreased 1%.

When looking at the plate discipline numbers, meh keeps echoing in my head. Meeeeehhhh. Meeeeeehhhh. Now I’m counting sheep for some reason. Anyways, Kennedy has a 9.6% swinging strike rate and 90.5% contact rate in the strike zone. Then I go to the batted ball data and see that the fly ball rate is still at 43% and I start gettin the heebie jeebies. But then……

Looking at the splits, the K/9 against both lefties and righties is above 10, closer to 11, while the K% is above 28% against both. While the xFIP is at 4.3 against lefties and 3.12 against righties, the BABIP numbers of .395 and .340 respectively could portend to some better things ahead. Or not. It is Ian Kennedy after all. I kid.

I think the reason there is still trepidation in owning Kennedy (only 16.7% in ESPN leagues and 74% according to the Razzball Player Rater) is due to the fact that the Royals suck and there will likely be few save opportunites. While that’s true and the Royals are currently 24th with 25 save opportunites, over the last three years, the Royals have ended with 57, 60, and 60 save opportunites.

While this Kennedy Administration may not go down in the annals of fantasy baseball history, it could be one to surprise, especially when factoring in cost. 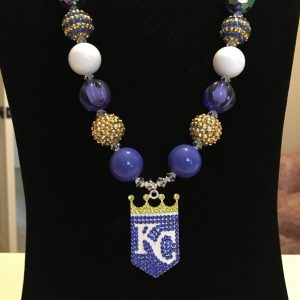