In these dystopian times, my mind can only wonder if Mad Max could ambush and/or eradicate COVID-19. Probably not since the Rona is invisible, but Max Rockatansky could do unimaginable things when mad, so I’m not completely dismissing the possibility. There is another Max, though, who may ease the pain that COVID-19 has brought into our fantasy baseball universe, and that’s Max Kepler of the Minnesota Twins (Max Scherzer is too old and happy from winning the World Series). And this Max is mad as well because he’s being drafted as the 136th overall player in NFBC drafts from 2/1 – 3/23. Is it warranted for this Max to be mad, and can he bring a ray of sunshine into these gloomy days?

Kepler was signed at the age of 16 back in 2009 for the largest signing bonus ($800k) ever given to a European-born player. He then spent three years in rookie ball, where he hit for a high average, showed good plate discipline, had a high BABIP, and produced 10 home runs and 7 stolen bases in 269 plate appearances during the 2012 season. As he moved up the ranks, the walk rate continued to improve (from 10% to 13%), while the strikeout rate remained very low (13% to 15% range). The BABIP also remained above .300 while Kepler continued to hit for a good average. When he finally received consistent playing time with the big club in 2016, the batting average and BABIP both plummeted, while the walk rate went down to 9% and strikeout rate went to 20%. Not uncommon when making the leap to the majors. He was a 18 home run and 6 stolen base player the first two seasons in the majors. Then in 2018, things started to improve. The walk rate went back to above 11% while the strikeout rate cratered to 15.7%. The batting average and BABIP continued to trend lower, though. He ended the season with 20 home runs and 4 stolen bases. Last season, Kepler broke out with 36 home runs but only stole 1 base. The walk and strikeout rates were similar to 2018, but the ISO spiked while the batting average increased to .252 with a BABIP of .244.

Kepler ended last season as the 107th offensive player for fantasy, so the NFBC ADP seems fair. Is there room for improvement?

The one number that confused me was the BABIP. Kepler had consistently been above .300 throughout his minor league career, but when he hit the majors, the BABIP numbers were .261, .276, .236, and .244. Well, the fly ball rate has increased in each of the past four seasons. Fly balls are either home runs or outs, so the BABIP decline makes sense. In addition, the amount of times defenses have employed the shift on him has increased every season as well. The progression has gone from 9.1% in 2016 to 22.7% in 2017 to 32.1% in 2018 and culminating in 72.2% last season. So, he’s either hitting fly balls for home runs or outs, or grounding into the shift on the right side. Score one for BABIP and positive regression in that department seems unlikely. Just hit the ball the opposite way you say? The pull percentage was in the 43% to 44% the first three years in the bigs, but spiked to 53.4% last season. Only 2 of Kepler’s 36 home runs last season went oppo, so I doubt he changes his approach.

Looks like not too much room for improvement in the batting average and BABIP departments. How about for stolen bases?

On the positive end, Kepler’s sprint speed of 27.7 feet per second is decent, as it puts him in the 71st percentile among all players. For perspective, Byron Buxton is in the 100th percentile at 30.3 feet per second. For the glass-is-half-empty folk, Kepler was 1-for-6 on stolen base attempts last season. In addition, the Twins were dead-last in stolen base attempts per game by a wide margin. From a cumulative perspective, the Twins swiped 28 bases last season. The Cubs, at 29th, stole 45. The MLB-leading Rangers stole 131 bases.

I do like Kepler a lot this season. He doesn’t strike out often, controls the strike zone well, and takes a healthy amount of walks. He will also likely bat leadoff for a potent Twins lineup that should turn the lineup over plenty and only got stronger with the addition of Josh Donaldson. I initially thought there would be upside from where he’s being drafted, but it looks like the market has priced him well. If anything, regression from last season’s breakout is more likely than any upside. As a result….. 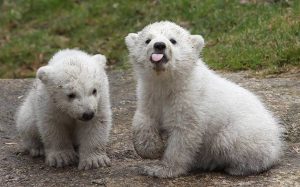 How can we defeat such a thing that mutates from the Rona to the Roni?

You guys on Covid lockdown after 4pm? None of my afternoon Grey questions get answered.
If you are drafting, cool. That I understand lol. Good luck SON

I can’t speak for Grey. He’s usually on top of all comments. Maybe he’s getting his stache trimmed.

I like Franmil as well. He’s going to strike out more than Kepler, but probably has more raw power.

Had my 10 man keep dynasty 12 T. My first pick #11, Rd 1, no snake draft, had the choice between Kepler and Franmil…went Franmil….thoughts?

Wasn’t Kepler playing for the Sprockets when the Twins signed him?

He was wearing a black turtleneck, so maybe

I’m a blue collar, role player, Grey. Someone has to write about these guys because you take care of the rest. I ain’t gonna moonwalk while Michael Jackson is on the same stage!!!

Son: The Lunch Pailer of Fantasy

Actually, you’re the hardest working guy in the biz. I’m the guy in the movie with the credits: Asian fantasy writer #2

Damn, I hope the Rona will be nice to me

Good stuff, Coolwhip. I saw the reverse split as well but attributed it to small sample size because, over his career, Kepler is a .227/.295/.385 hitter against LHP. But you’re right that the same thing happened in 2018. Weird, indeed.

Are you sure about him still hitting leadoff vs Righties? I thought I heard that Arraez might snipe it. Not that batting order really matters in that lineup-they are stacked offensively.
I like Kepler more in OBP%, but he plays in any format since he is going to keep hitting a healthy amount of HRs

Another great write- love your entries

I’ve read the same regarding Arraez. Roster Resource has Kepler leading off and he is the incumbent, so I’m assuming they keep it that way for now.

Yeah, he’s great in OBP leagues, but agree that boppers are great in any format.