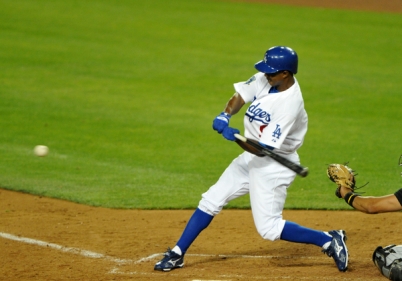 Juan Pierre is like a piece of paper.  You fold his ABs in half but it just makes him twice as strong.  People scoffed last year when I boldly kept my HR projection for Juan Pierre roughly the same (0.5 from 0.6) despite seeing his projected ABs go from 615 to 350.

Yes, Juan Pierre hit the HR.  Thanks to a 2-run blast on September 15th against a Pirate hurler named Marino Salas to ‘deep RF’. 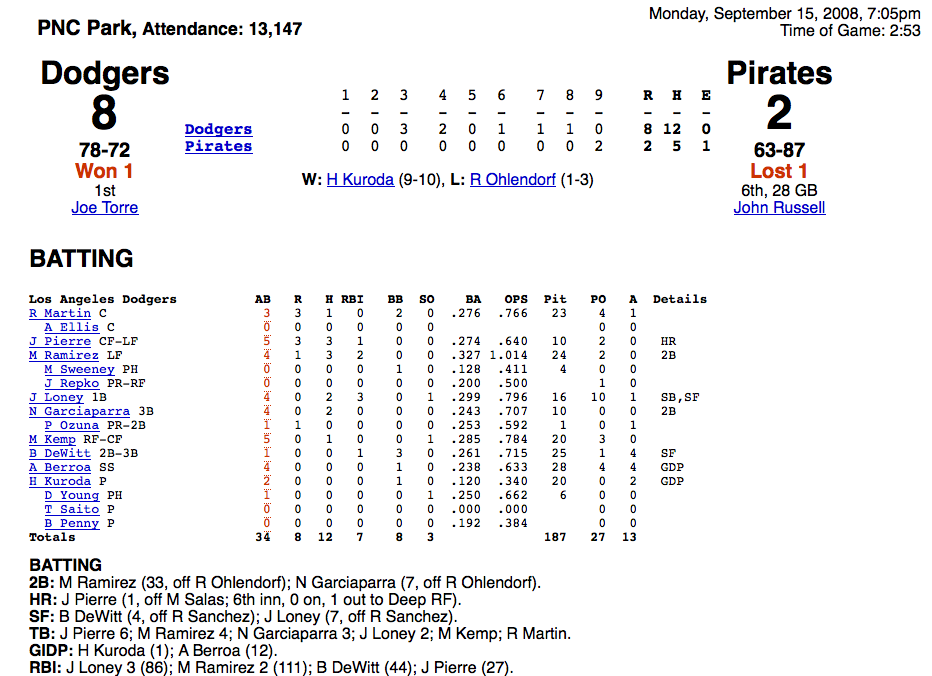 Pierre increased his HR output by #DIV/0!% vs. 2007 despite a 44% decrease in ABs from 2007.  I’ve looked at the stats for tons of power hitters and no one has been able to increase HRs by that type of percentage even when they increased AB from the previous season.