In 2014, the Cincinnati Reds signed Homer Bailey to a six-year, $105 million contract. Doh! He only pitched 145.2 innings that season due to arm fatigue. The following season was cut short due to Tommy John surgery. 2016 consisted of only 23 innings and in 2017, Bailey had elbow surgery to remove bone spurs and finished with 91 innings pitched. 2018 brought DL stints due to knee inflammation and a subsequent benching after posting a 1-14 record with an ERA of 6.09. Doh! But then last season showed a flicker of hope, as he made improvements after being traded to the Oakland Athletics. Now that he is in Minnesota, and being drafted as the 396th overall player in NFBC drafts, is there profit to be mined here? Or is it just more Doh! from Homer?

In 2018, the K/9 for Bailey was 6.35. During his prime years, that number was 7.27 and 8.57. Last season, he was posting an 8.10 mark with the Royals in 18 games and an 8.35 K/9 in 13 games with the Athletics. Being healthy for once helped in the rebound, but a change in approach also explains the increase. In 2018, Bailey was a fastball, splitter, sinker, slider, and curveball pitcher, with the fastball being thrown 44.4% of the time. Last season, he scrapped the sinker and increased both the fastball and splitter usage. With the Royals, the breakdown was 49.3% fastball and 27.3% splitter. With the Athletics, the fastball usage increased to 52.4% while the splitter was thrown 25.1% of the time. That splitter became Bailey’s out pitch, as it produced a 38.2% whiff rate!

Another change that Bailey made was moving his setup on the rubber. Previously, he had been more towards the third base side, but last season, he moved to the middle. This allowed him to take a more direct line to the plate. In addition, the Athletics raised his arm slot, which resulted in more vertical plane for his pitches. Lance wrote an article a while back on Razzball about tunneling. Well, the increased arm slot allowed the curveball to tunnel better off his fastball, while it made the splitter more effective, since the fastball and splitter would stay on the same plane longer. Matthew Trueblood of TwinsDaily.com did a wonderful job breaking it all down.

All of this helped Bailey increase his swinging strike rate, which is what we most care about for fantasy. In 2018, that number was 8.8%. During his time with the Royals, it was at 10.6%, but after he joined the Athletics, it was at 11.1%, which tied his career-high!

Steamer has Bailey projected for 132 innings. I get it because he missed so much time due to injury over the past five year, but last season, he threw 163.1 innings. He’s healthy now and that 132 innings projection seems very low to me.

He is also now with a Twins organization, who helped Jake Odorrizzi increase his K/9 from 7.97 to 10.08. In terms of park factors, Target Field is below average for home runs to both lefties and righties. Also, the Twins offense scored the second-most runs in all of baseball last season, and arguably got stronger this offseason.

At his cost, the potential for profit seems very good to me. 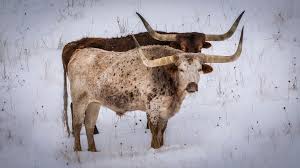