I bought a 30-gallon fish tank a few years ago and began my aquarium hobby journey. I enjoyed watching the fish fly around in the rectangle abyss, adorned with plants and driftwood, but when I learned about fully aquatic crabs, it was on. I’ve bought a few and have never been disappointed. Upon arrival, they are around an inch big, but they eventually get to around five inches or so. They grow by molting, which is the shedding of their old shell to make room for a new, bigger one. I knew about this process but wasn’t prepared for the actual thing. On the floor of the aquarium, I saw a crab, but it didn’t move. For days. I was a little heart broken, as I thought one of my crabs was dead, but then I poked it and saw that it was just an empty shell. A few days later, I saw the new, bigger crab emerge. I mention this story because it was the first thing I thought of when digging into Frankie Montas. He’s been left for dead after three horrendous starts, but is he really? Let’s dig in.

I wish Nancy Kerrigan was on Cameo so I could get a……Whhhhhhhhhyyyyyyyyy???? I’d pay good money for a 30 second clip of that.

Well, I think everything goes back to the back injury he suffered before his August 14th start. It wasn’t anything serious, just upper-back tightness, but the numbers pre-injury and post-injury are dramatic.

All four home runs were allowed after the injury. The average exit velocity was over 94 mph post-injury, after never surpassing 89 mph pre-injury. The barrel rate was 0% in three of four games pre-injury. Post-injury it was 20%, 6.3%, and 9.1%. The contact rate in the zone has been over 90% in two of three games, after being below 85% in all four games before the injury.

But there’s reason for optimism.

There are also positive trends. The K/9 has increased in each of the past three games and the BB/9 has decreased. He’s going to return to form. It’s just a matter of time.

As things stand now, Montas is scheduled to pitch against the Houston Astros, a team that obliterated him in his last start. But he also dominated them (7 innings, 2 hits, and 5 strikeouts) in the game right before the injury. I feel confident that Montas isn’t dead, and it’s just a matter of time before he returns to form. 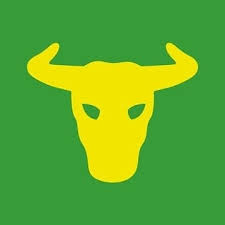