This is a trust fall, but the safest trust fall is at catcher. It’s not because you have a bigger target to fall into because they’re crouching. It’s because you can get basically nothing from catcher and still get top twelve catcher type numbers. I know everyone is so done with last year, so I won’t link to my top 20 catchers for last year–oops! — okay, since we did, accidentally, of course. Adley Rutschman was the 10th best catcher last year with 70/13/42/.254/4 in 398 ABs. If I told you that last preseason, you’d think, “Wow, Grey is handsome, but very dumb.” Then you would’ve thought I was even dumber if I told you I didn’t think Rutschman would start the year with the O’s. You prolly would’ve thought he was either top 10 catcher with a full season in the majors, or better stats or some combo of both. I don’t think you would’ve thought he’d be a top 10 catcher with those numbers and staying in the minors until May. Long point, short: Catchers are not good, so you make a trust fall into one, hope it works out, and, if it doesn’t, you move onto another catcher. If you move on early enough, you might move onto a top five catcher, especially if the league is, say 15 team mixed and shallower. It doesn’t even need to be a 10-team league. With all that said, I’m giving you a Francisco Alvarez fantasy outlook post without having any idea where he’s getting playing time or at-bats. My guess is he sees 300-ish at-bats between DH and catcher, and, as a catcher, that’s all he’ll need. If James McCann gets hurt or traded (one can hope), Alvarez might sneak into 450 ABs and sneak into the top five at the position. Or if the Mets just make the right call for all of us fantasy baseballers (<–my mom’s term!) and finally bench McCann for the foreseeable future, and don’t turn to Nido. So, what can we expect from Francisco Alvarez for 2023 fantasy baseball?

First off, let’s take some looks at his glorious swings:

Following the season, Francisco Alvarez underwent additional imaging on his right ankle. Earlier today, he underwent surgery that addressed cartilage damage resulting from the preexisting loose body. He is expected to be ready for spring training.

Wait a second! What is that?! How do I delete? Delete! Delete! Please! Okay, so Francisco Alvarez had surgery on his ankle, but the Mets say he’ll be fine by Spring Training, so, he should be back by, what? January of 2029? Okay, hardy-har. Yeah, the Mets’ doctors are Dr. Nick from The Simpsons, but let’s assume it was minor surgery and won’t bother him in 2023. Back to the swings:

I’ve heard Francisco Alvarez compared to Wilson Ramos. A) Wilson Ramos had some great years. Okay, one or two. B) Think that’s selling Francisco Alvarez’s bat short. C) There’s no C. If being honest, I was surprised to see Alvarez was so squat, and I don’t mean just behind home plate. He’s a tiny guy, said by someone who is shorter than Francisco Alvarez. Okay, fine, he’s a “tiny guy” by baseball standards. His power does seem completely legit. He looks like a little square mountain that moves around like a Roomba. A very slow Roomba. A Roomba that starts in the living room, and gets to the kitchen three months later. Prospect Itch said, “A rare backstop in that Francisco Alvarez features plus athleticism and foot-speed, Alvarez stands alone atop minor league catcher mountain after Adley Rutschman joined the Orioles. Alvarez generates easy loft from a strong natural uppercut. Also, I’d like to uppercut Grey.” That’s not nice!

If the Mets carry Francisco Alvarez as their 2nd catcher, he could supplant McCann by June, i.e., the Mets tell James to supplant his McCann on the bench. McCann’s framing this past year bounced back a bit from his previous down year, and his arm is solid, but at what cost? His bat is so bad. Welp, I’m back to the opening paragraph, wondering about Alvarez’s playing time again. The DH will help, and, like I said, he only needs 350 ABs to challenge the top 10 catchers. For 2023, I’ll give Francisco Alvarez projections of 34/15/44/.246 in 324 ABs with a chance for more.

When are the 2023 subscriptions open? I’m getting the emails to subscribe, but the site still hasn’t been updated beyond 2022.

What do you mean hasn’t updated? You can subscribe now https://razzball.com/membership-account/subscriptions/?pa=mainmenu

Oh, that’s just a date, I’ll ping Rudy tho just to make sure

Thanks for pointing it out…Rudy fixed now

It worked. But note that the main page still says “Sign up for 2022 MLB Tools”.

Ah ok, I will change when I get back to my computer…it’s just a matter of changing the number, it’s for next year

Hmm…Tough call, but I think Morel

Back to the AL only vs NL only options:

Good stuff Grey. Thanks for keeping us reeled in during the off-season, as always.

Between Ralph/Geoff and Itch, Razzball has had exceptional prospect guys for as long as I’ve been reading. I just hope that some day you will find one that doesn’t want to inflict bodily harm upon you. Then again, we’ve all had a boss we’ve wanted to punch. So maybe it’s not their fault?

HAHA, it’s not their fault, I have a very punchable face! 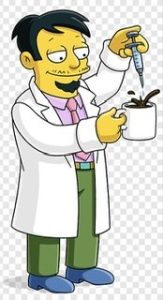