We came out with the big guns in our first Fantasy Baseball Busts article, providing you with Top-50 players we want to fade. This article is much easier to write because the success rate will be much higher. In fact, I believe this is where you win or lose your draft and taking any of these guys I mention here is a quick way to land you near the bottom of your standings! Busts are a good way to fall out of your league and hopefully, this can stray you away from some of them. Without further ado, let’s get into our busts between 50 and 100.

If you have any comments reach me here below in the comment box. Also, if you want to call me an idiot, you can reach me on Twitter @Bartilottajoel

This one concerns me a bit because Giolito does have ace potential but he is just as likely to pumpkin back into a gas can. The reason he’s going so high is because of his 3.41 ERA, 1.09 WHIP and 32.3 percent K rate. Those are all really impressive marks but his peripherals tell us a different story. We’re talking about a dude who has a 4.73 career FIP and 4.60 xFIP. That’s downright ugly and it’s really no surprise when you see his low spin rate (2077 rpm) and barrel/BBE rate (8.2 percent). That looks even worse when you consider his 1.2 HR/9 rate and his lack of movement on pitches is sending the ball over the fence.

Another thing that worries me about Giolito is this ballpark. Guaranteed Rate Field actually surrendered the fifth-most dingers in the league last season and that’s bad news for a guy who has a propensity to allow plenty of homers. That’s evident when you see that Giolito has an ERA approaching 6.00 and a WHIP just shy of 1.40 at home dating back to 2018. All of these factors make Giolito one of the biggest potential busts out there and someone I definitely want to fade at 50th overall, despite the upside.

Is this price tag even right? What the hell are people thinking? Robles is currently the 63rd player off the board and I’d argue that he shouldn’t even be going in the Top-100. We’re talking about a guy who finished with a .326 OBP, .419 SLG and .745 OPS. Those are numbers that you can find on any waiver wire and it’s hard to see him stealing more than 30 bags in the bottom half of the Nationals lineup. Those baseline numbers are bad but the advanced statistics are even worse. The speedy outfielder finished with a .233 xBA, .370 xSLG and .292 xwOBA. Those are simply some of the worst numbers you’ll see in the Majors and it has me wondering what the market is thinking.

People are surely drafting him based on his draft prowess but it’s hard to overlook statistics like these. There are numerous others too. For example, his 5.7 percent BB rate, 23 percent K rate, .165 ISO, 83 percent exit velocity and 25 percent hard-hit rate are all terrible numbers as well. Honestly, I think there’s a better chance that Robles will be in the minors by July rather than in the Top-50 for fantasy. All of that makes Robles my biggest fade of the season and it would be silly to take him in the first six rounds of your draft, making him one of the biggest busts out there.

Kluber is someone who I used to target all the time in drafts but this move to Texas scares me to death. While he did have an injury-riddled 2018-19 campaign, it was not pretty before that. In fact, Klubot finished the year with a 5.80 ERA and 1.65 WHIP across seven starts. While he’s obviously better than that, it’s scary that a 34-year-old is steadily seeing his numbers fall off. The strikeout rate is a major reason why, with it going from 34 percent in 2017 to 26 percent in 2018 down to 22.6 percent last season. A declining strikeout rate from an aging pitcher is a scary proposition but we haven’t even discussed the worst part about drafting him.

Guys, Kluber is moving to Texas! While we all know it’s a hitter’s park, I don’t think people realize just how bad it is. This park has ranked first or second in negative park factor in three-straight seasons, trading off with Coors Field. That’s truly horrifying for a dude who’s seeing a decline in his stuff and it would be hard to imagine him keeping his ERA below 4.00 in a nightmare park like this. That’s even more terrifying when you consider this division, facing potent offenses like the Oakland A’s, Los Angeles Angels and Houston Astros. Streamer completely agrees, projecting him for a 4.23 ERA, 4.18 xFIP, 1.26 WHIP and 24 percent K rate.

Anderson was arguably the luckiest hitter in the league last season and that always tends to lead to an inflation in price, making him one of the easiest busts out there. That’s certainly what we have here, with Anderson being the 97th player off the board. That price actually looks like a discount when you see Anderson’s raw numbers from last year but the industry is privy to his lucky charms. While he did hit .335, providing 18 homers and 17 steals, it’s hard to overlook the advanced statistics. The speedy shortstop finished with a .294 xBA, .461 xSLG and .328 xwOBA.

Those expected averages are more in tune with what we expect to see this season because his plate disciple isn’t good enough to support a .335 average. We’re talking about a guy who has a 2.9 percent BB rate and a 21 percent K rate. He also had a sky-high .399 BABIP and .173 ISO, making those 2019 statistics look like a farce. We haven’t even discussed the lineup, as he’ll surely be batting near the bottom with guys like Jose Abreu, Yoan Moncada, Eloy Jimenez, Yasmani Grandal, Luis Robert and Edwin Encarnacion all batting ahead of him. There’s just too much going against Timmy here to draft him this high, especially at such a deep position like shortstop. All of this makes him one of the most likely busts out there. 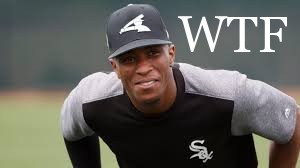