Life is about value. If something is rare, then it’s value increases and the owner will be reluctant to part ways with it. If something is in abundant quantity, then the value decreases and spending above market value price on it is sub-optimal. Since we are in the heart of fantasy football draft season, it only makes sense to talk about the late-round quarterback strategy. In leagues that require only one quarterback, it doesn’t make sense to spend high draft capital at the position because A) it is the most predictable position B) it is matchup dependent C) even if every owner in a 12-team league drafted two, that still leaves nine starters on the waiver wire. The same concept applies to Grey’s SAGNOF theory, except for slightly different reasons. Paying up for saves doesn’t make sense because the position is volatile with tons of turnover. Therefore, saves can be found on the waiver wire. In both instances, They Ain’t Got No Face because we have no issue using ’em, them losing ’em. But that doesn’t mean we can’t fall in love. That’s the ultimate, right? Like going to the club and, instead of a one-night stand, you find the partner that you want to spend all of eternity with. You say no way Jose? I say hip hip Jose, as in Jose Leclerc.

Keone Kela had been the closer for the Texas Rangers all season. The Rangers traded him to the Pittsburgh Pirates at the end of July, which vaulted LeClerc into the closer role. Since then, LeClerc has pitched 7 innings, allowed 1 hit, walked 1, and struck out 12 while saving 5 games. Hip hip Jose!!! Let’s dig in a little closer to see if it’s sustainable.

Jose Leclerc is 24-years-old, 6′ 0″ 190 pounds, and throws from the right side. The arsenal consists of a 96 mph fastball, change up, and split-fingered fastball.

In ESPN leagues, he’s only 31% owned. Crazy. Leclerc misses bats, keeps the ball in the ballpark, and is unquestioned closer in Texas. 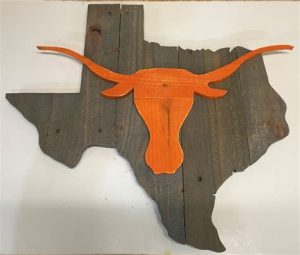