Travis Jankowski was called Fred, by his older brother and sister, because he loved watching Mister Rogers’ Neighborhood as a kid. Mister Rogers was in fact Fred Rogers. Mind blown. Hey, I thought he was one of the neighbors. I wasn’t a big MRN guy, but I do remember the “Won’t you be my neighbor?” Anyways, Mister Rogers’ neighborhood was a place for children to learn and grow. “To foster the social and emotional ‘tools’ for learning self-esteem, curiosity, self-control, the ability to pay attention, to handle mistakes, and deal with anger.” Maybe I should have been more of a MRN guy. I’m not sure Mister Rogers would approve of Jankowski’s main professional skill, though: stealing bases. But check out what Mister Rogers would say before the end of each episode: “You always make each day a special day. You know how. By just being yourself. There’s only one person in the whole world that’s like you, and that’s you. And people can like you just the way you are. I’ll be back next time. Bye bye!” And then I realized…Mister Rogers would have bunted to break up a perfect game and given no shits about it.

Jankowski knows who he is as a baseball player. Getting on base and utilizing his speed to wreak havoc on the basepath. Mister Rogers would be so proud. In 73 plate appearances this season, he’s stolen 7 bases. Back in 2016, he stole 30 bases in 383 plate appearances. In High-A (2013), 71 stolen bases in 556 plate appearances! Now, Billy Hamilton stole 104 bases in the minors and has pilfered 57, 58, and 59 bases the past three seasons but, unfortunately, he can’t hit. Jankowski may not have the raw speed that Hamilton does, but the hit tool is way more advanced. Currently, he’s sporting a .359 average. Granted, it’s supported by a .440 BABIP, but an elevated number should be expected considering that he’s hitting ground balls at a 68% clip, which gives his speed a chance to play.

The walk rate is 12.3%, while the strikeout rate is 17.8%. Yummy. OBP is .438. Is it getting hot in here? My clothes are off by the way. He’s spraying the ball to all fields, as the oppo% is 35.3%. He’s chasing only 13.9% of pitches outside the strikezone and the swinging strike rate is a paltry 4.8%. If he qualified, he’d have the lowest O-Swing% by a wide margin. For perspective, Joe Mauer currently has the lowest rate at 15.5%. As for the swinging strike rate, he’d have the 8th-best number. Contact in the strikezone is at 95.9%, which would be 3rd-best! I’m completely naked now.

Now, I always like to look at both sides of the coin. You don’t know how many times I’ve wagered on tails with a coin with a head on both sides. The sample size has been itty bitty small (73 plate appearances). Since I’m naked, many would say that itty bitty is an apt description. I have since put on my boxers. Jankowski still struggles against lefties and often sits against them (.222 average this year in 10 plate appearances and .171 career average). Negative regression is probably in the works, as most of the projection systems have him down for a .250-ish average, .320 BABIP, 23% strikeout rate, and 9.8% walk rate. I’d expect the contact rates to come down a bit and swinging strike rate to increase. By how much though?

There’s been talk of his new swing. He got rid of the leg kick and replaced it with a toe tap. The hands are closer to his body and the swing is more compact and direct. When there’s a fundamental reason for a change in production, I’m usually more inclined to believe the results. Will there be some regression? Probably, especially since pitchers will adjust and start to try different ways of attack. With that said, because of the fundamental changes discussed above, I don’t think the regression will be as severe as the projection systems are laying out. 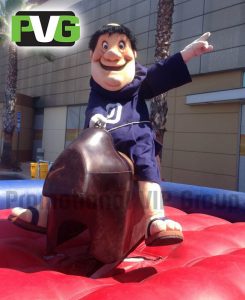