Back on July 25th, I wrote Enter Santander, in which I endorsed Anthony Santander of the Baltimore Orioles. I didn’t think much about that piece until a commenter responded in a subsequent Will Smith piece, “please do not curse him as you did with Santander. Hit under .100 since your endorsement.” I wish I had that power. Anyways, then I saw that he was dropped in 5.1% of ESPN leagues over the past week. I own him in one league and he’s had some slumps. It’s baseball, but he hasn’t been killing my team. Then, I went back to the game logs and looked, and squinted, then looked again, and squinted again. I’m Asian, so maybe saying squinted is redundant but it happened. Anyways, here’s what I found.

Then I found it. From August 12 to August 20, a span of nine games, Santander went 5-for-38, for an average of .132. That would also coincide with the drop in ownership. It’s nine games!!! Anyways, let’s dig in and see if we can find anything.

The walk rate was 0%. Strikeout rate was 23.7%. The number that jumps out is the .111 BABIP. The hard hit rate went down 17%, but interestingly, he stopped pulling the ball and went oppo double the rate. In addition, he was hitting more flyballs and the HR/FB rate actually went up. Looking at the plate discipline numbers, both the swinging strike and chase rates went up, but the contact rates went up. Santander was swinging at more pitches in general. Interpretation? It’s nine games!!!

Don’t freak out about week-to-week numbers. The sample size is too small. I get it though, as we must be vigilant and always try to stay ahead of the curve. That must be balanced with patience, though.

In regards to Santander in particular, the counting stats have decreased, but he’s still batting in the heart of the order and crushing the ball. I’d be concerned if the strikeout and swinging strike rates indicated that he was flailing away, but that doesn’t seem to be the case. I’m holding unless the team moves him down in the batting order. 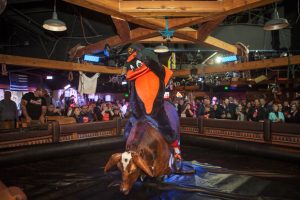