I’m more a hip-hop and jazz kind of guy now, but I used to listen to some heavy metal back in the day. Metallica was one of my favorite bands. So, when I decided on who to write about in this week’s post, my mind immediately went to the song, Enter Sandman. Most of you are probably familiar with the song because of Mariano Rivera. And what a perfect entrance song it was, as Rivera would snuff out any light of optimism for the opposition and bring darkness to their world. Well, the same could be said for Anthony Santander. The last few Spring Trainings, there was hype and optimism that Santander would crack the lineup. As a result, I always took a flyer on him in my NFBC teams. I am not a smart man. I’d curl up into the fetal position and Nancy Kerrigan myself to sleep. Why? Whhhhyyyyy? Whhhhhhyyyyyyyyy? Well, a funny thing happened on the way to never-never land, as Santander has been playing, and playing well. Exit light, enter night?

Santander was called up on June 7th to provide outfield depth for the Orioles, as Dwight Smith suffered a concussion. He ended up playing everyday and put up a respectable .273/.323/.445 slash with 3 home runs, 11 runs, and 12 RBI during the month. The walk rate was 7.3%, the strikeout rate was 16.7%, and the ISO was .170. He batted nine games in the two-hole, seven games in the 5-spot, three games from the sixth position, and three games down at seventh.

The first thing to jump out is the BABIP. In July, it’s been .367, while in June it was .299. Looking at his minor league career, the BABIP number has been all over the map. Because he hasn’t shown to consistently have a high BABIP number, I will side with some negative regression in the works.

The batted ball data show slight increases in line drive and fly ball rate. Correspondingly, the ground ball rate has ticked down as well. The approach doesn’t look to have changed much, except he’s not going oppo as much. Rather, those balls are going up-the-middle. The two dramatic changes have been in the HR/FB rate and hard hit rate. The HR/FB has increased from 11.1% to 19%, while the hard hit rate has gone from 32.9% to 46.3%. Superficially, the increases make sense, as he got more comfortable at the plate over time. We shall see. Let’s dig deeper.

When I look at the splits, the walk and strikeout rates are similar, as is the ISO. The only difference is the batting average is much better at home, but this is fueled by an insane .400 BABIP. The biggest difference I see is that Santander is a better hitter against right-handed pitching. He is a switch-hitter, so keep that in mind. Against lefties, the strikeout rate is 28.3% compared to 13.8% against righties. The ISO is .263 vs .127 as well, in favor of righties. While the batting average is decent against lefties at .291, that’s fueled by a .378 BABIP.

Regression is coming. With that said, I don’t think it will be a dot-com or subprime lending-esque meltdown. Santander is a good hitter and doesn’t have huge holes in his swing. He’s batting in the heart of the order and looks to be comfortable at the plate. He’s still only 24 years old, so there is still upside here, and let’s not forget that he’s spent over five years in the minors and had accumulated 144 plate appearances with the big club before this season. Now, for full disclosure, I’ve like Santander for quite some time, so I’m biased, but looking at the numbers and data makes me feel good as objectively as I possibly could. 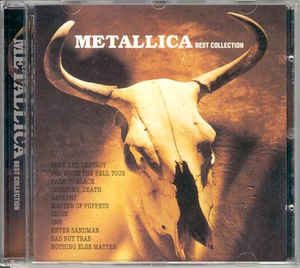