I first went to a sauna almost 20 years ago. And boy….what a first experience it was, as I got high as a kite. All those years smoking the wacky tabacky probably had something to do it. Anyways, my favorite thing to do at the sauna is to go in the super hot steam room, get baked for a while, then jump into the ice cold pool. Nothing cleanses the mind, body, and soul better. While I enjoy the Korean spas, nothing beats the Russian saunas, or banyas. You want heat? The Russkies definitely bring it…and them some. Which brings me to Jose Peraza. While he is not a Russkie (Peraza is Venezuelan), he has been as hot as a Russian banya over the past week: .324/.361/.735 with 3 home runs, 8 runs, 8 RBI, and 1 stolen base. Do we need to jump into the ice cold pool to cleanse our minds of him? Or can we continue to experience the heat?

When Peraza was a Dodger back in 2015, I always viewed him as a free swinging hacker who was allergic to the walk. In 94 plate appearances in Triple-A, he had a 2.1% walk rate, but hit .289 with a miniscule 10.6% strikeout rate. When he did get called up to the big club that year, he only hit .182, but had a 8% rate for both walks and strikeouts. Unfortunately, the sample size was only 25 plate appearances. My bias tainted my perception of him, and I often overlooked him….until now.

The walk rate is only 4.9% this year, so he is allergic to it. Since coming to the Reds, though, he’s improved 1% every year. Is he a hacker? Maybe he does know how to code, but from a baseball perspective, he’s swinging at 48.8% of pitches. That number has never been above 51%. For perspective, Javier Baez leads the majors with a 60.7% rate. It’s a far cry from the 34.6% rate of Brett Gardner, and he’s still in the upper third, but it’s not an egregious number.

The more I dig into Peraza, the more I like. He often bats 1st or 2nd in the batting order, plays in a hitter friendly park, and has elite contact rates. He’s probably going to steal a total of 25 bases and could end up with 10 home runs on the season. I do have a concern that a slump could hit him hard, as he still chases 35% of pitches outside the strike zone. In addition, any downtick in the BABIP numbers, coupled with the low penchant for taking a walk, could spell trouble. On the flip side, he now has over 1000 plate appearances in the big leagues and it seems that we have a good idea what his floor is. He’s still only 24 years old, so it’s not out of the realm of possibility that he can continue to improve. 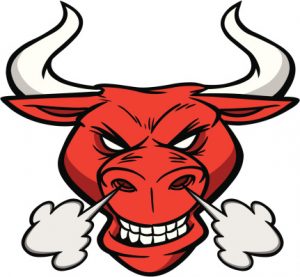