These were the famous words uttered by Austin Gomber when he was given the news about the trade to the Colorado Rockies. Then the words were uttered again when he set foot in Coors Field. He had spent his entire professional career in the friendly confines of Busch Stadium with an organization that valued pitching. Now he was being sent to the Siberia of MLB, a place where, in the infamous words of Drago, “If he dies, he dies.” Gomber is coming off a gem in Colorado and has been added in 19.8% of ESPN leagues. Is this Gomber a Pyle or should we promote him with distinction?

The swinging strike rate was in the double-digits for every minor league season but one. The GB/FB ratio was below 1 for most of his early career. The walk rate fluctuated from the 2 to 4 per nine-inning range while the K/9 was in the 7 to 10 range. The one consistent aspect of his game was the ability to suppress home runs, as the HR/9 was below 1 in all but two seasons and never went above 1.19.

He spent 2019 in the minors then pitched 29 MLB innings last season. The numbers were all in line with the 2018 campaign. The only difference was a slight change in the pitch mix. The fastball usage went up 2.7%, the slider usage decreased 4.7%, and the curveball usage went up 2.5%.

Then the trade to Colorado happened in 2021.

The crazy thing about Gomber’s season so far is that he’s been waaaaaaaaaaaaaaaaaaaaaaay better at home than on the road. He’s allowed one home run and three earned runs in 28.1 innings at Coors Field. The slash is .140/.229/.204. And they weren’t cupcake matchups either as the home schedule consisted of the Dodgers, Astros, Rangers, and Padres.

This has translated to a career-high 31.3% chase rate, less outside-the-zone contact, and career-highs in both called strike and CSW%. He has also been more aggressive from the outset as the first strike percentage is at a whopping 67.9 percent. It had never been above 59% previously.

Will Gomber continue to slay Coors Field? Probably not but he likely won’t be a Pyle either. It seems like he’s figured out some things in regards to pitching at Coors Field. That same approach doesn’t seem to work so well on the road so there’s a chance that he figures that out. Gomber is not going to light up the scoreboard with strikeouts but he’s not a Pyle in that regard either. He exhibits good control and limits the long ball, which makes both chicks and fantasy nerds sad. In addition, he has eight quality starts on the season. Utilizing pitchers in Coors Field is scary but that just hasn’t been the case with Gomber so far. The sample size is small so things could change but, for now, we promote Gomber until new information is presented. 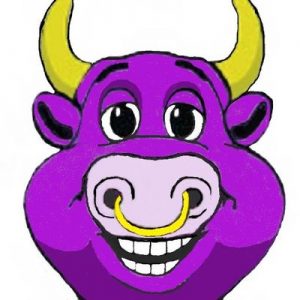