….but I just can’t help myself. Baseball is almost upon us, Grey is creating literary gold, and I get to write about guys that play with tiny white balls. It’s good to be back. Anyways, in this weekly piece, I’ll highlight one player and see if I’m bearish or bullish on their prospects going forward. For those who are new, bear or bull is an expression used in the stock market to convey optimism or pessimism. A bull attacks with its horns in an upward motion, while a bear swipes its claws downward. Hence, being bullish is good because value goes up, while being bearish is bad because value goes down. As I was scrolling through the rankings (Razzball and FantasyPros), one player immediately jumped out to me: Eugenio Suarez.

Suarez is 27 years old, 5′ 11″, and 213 pounds. He plays third base for the Cincinnati Reds and bats from the right side of the plate. He originally signed with the Detroit Tigers way back in 2008. After spending over four years in the minors, Suarez finally made it to the Show in 2014, when he appeared in 85 games and hit .242 with 4 home runs, 23 RBI, and 3 stolen bases. He was traded to the Cincinnati Reds the following year. In four years with the Reds, Suarez has increased his home runs (13, 21, 26, and 34) and RBI (48, 70, 82, and 104) every season. According to the Razzball Player Rater, Suarez finished as the #34 overall player last season. So, why did Suarez jump out to me when perusing the rankings?

According to FantasyPros, Suarez is ranked as the #52 overall player. Razzball has him at #89. Both have him as the #9 third baseman. That’s fair, as Jose Ramirez, Nolan Arenado, Manny Machado, Alex Bregman, Freddie Freeman, Kris Bryant, Anthony Rendon and Javier Baez all deserve to be in the top 10. In addition, while last season could turn out to be the ceiling for Suarez, there could be some meat on the bone as well.

The first thing I look at for a hitter is the walk-to-strikeout rate. Does he just flail away or is there some plate discipline and awareness? Last season, Suarez walked 10.6% while striking out 23.4%. Solid. For perspective, Suarez hit 34 home runs last season, good for 16th in the league. Only 26 players hit at least 30 homers last year. 12 of those players had a lower walk rate, while 10 had a higher strikeout rate.

From there, I look at the plate discipline numbers. Suarez swung at 25.9% of pitches outside the strike zone, swung at 44.7% of pitches in general, had a 77.1% contact rate, and 10.1% swinging strike rate. Out of the 26 hitters who hit at least 30 home runs from last season, 18 chased more pitches, 14 swung more in general, 12 had a lower contact rate, and 14 had a higher swinging strike rate. Suarez is in elite company, and none of the numbers were outliers, as all were close to career-averages.

Now I look at batted ball data. Suarez had a good 1.03 ground ball-to-fly ball rate. He’s not popping the ball up in the infield (2.8%), is hitting line drives (24.6%), yet is still driving the ball out of the park without selling out. His launch angle of 14.7 attests to that. For perspective, Brian McCann led MLB with a 23.1 launch angle last season. The one stat that really jumped out to me, though, was the hard hit percentage of 48.6. According to Fangraphs, that was tied for the second-best in all of baseball. If we use Statcast data, Suarez had a hard hit% of 45.5, good for 34th.

We know about Great American Ball Park being a launching pad, which is where Suarez plays half of his games. For right-handed power, it’s above average for home runs and doubles, while being average for triples. Suarez hit 19 of his 34 home runs at home and batted .273. On the road? 15 home runs with a .292 batting average!

Like most right-handed hitters, Suarez had a better batting average against left-handed pitching (.320 vs .268), but he hit 23 of his 34 home runs against righties. No platooning here.

Over the offseason, the Reds consummated a trade to bolster their offense by acquiring Matt Kemp and Yasiel Puig from the Dodgers. The Reds lineup is stacked top to bottom now.

The top four should all bat .280+ with Winker and Votto having OBPs close to .400. There will be men on base for Suarez to drive in. With men in scoring position last season, Suarez batted .304 in 175 plate appearances with 8 home runs and 63 RBI. When batting fifth in the order, Suarez hit .324 in 241 plate appearances. With Kemp and Puig expected to bat sixth and seventh, that’s two batters behind Suarez who have legitimate 20+ home run power.

Now, Suarez probably won’t steal many bases, which sucks in this speed-deficient environment. He did swipe 11 bags back in 2016, so it’s possible, but not something to count on. Regardless, the skill set, environment, and supporting cast should make this verdict very easy. 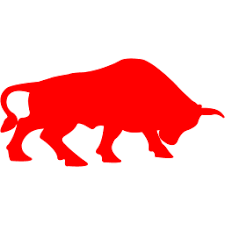 I have the opportunity to keep either Suarez or Bellinger for the final time this year. Looking at this year only, who is the better keep?!?

@Garrett: At what cost?

As an odd bonus, Suarez did a lot of his damage after a wrist injury people thought would ruin his season or at least sap his power for a while.

Son
Author
Reply to  The Itch

@The Itch: I believe it was a thumb injury but good stuff. Forgot about it

Yeah he came back from that injury in a very wolverine-esque fashion. I love Suarez too & def see him repeating last year’s success. Thanks Son!