I’ve always been fascinated with players breaking bats with their legs and head (freaking Bo Jackson). The strength it requires and the fact that their muscles are so freaking developed that they basically have an armor plate boggles the mind. Granted, this is coming from a guy that is the favorite sleeping place for his kids because the stomach is so plush and comfortable. It also makes me question why we still have wooden bats in the game. Don’t we have the technology to manufacture a bat that mimics a wooden one but doesn’t splinter or break? Save trees and save money. Seems like a win-win all around. The wooden bat companies must have some powerful lobbies. Anyways, players break bats when they get frustrated from striking out. Randal Grichuk has a career 29.2% strikeout rate, but doesn’t break bats. Imagine the damage he’d cause if he didn’t have the Zen-like composure or enlightenment of self-awareness? I am not Tony Robbins so I give no shits about “emotional mastery.” But I do care about the prospects of Grichuk being a fantasy viable asset.

There is no mystery to Grichuk’s game, as he sells out for power. He pulls the ball 51% of the time, which if he qualified, would rank him 4th in all of baseball. The fly ball rate is 45.8%, which would be 14th-most. The swinging strike rate is 14.4% and the chase rate is 35.1%. There was a videogame called 720 Degrees many moons ago. At certain points in the game, a swarm of bees would start chasing you while you’re skateboarding through the city. SKATE OR DIE!!! would be voiced through the speakers, as the swarm would converge on you. Well, the situation was black or white. You either skated away or you died. That is Grichuk in a nutshell. 13 home runs on the season with a .213 batting average in 233 plate appearances. Grisucks?

Everything is relative. One man’s trash is another man’s treasure. Hey! I write a weekly One Man’s Trash article. What do you know? Everything is also a matter of perspective, as it can be changed and swayed by different pieces of information.

The first thing to focus on is the 233 plate appearances, as Grichuk missed all of May due to injury. Of the six other players that have hit 13 home runs on the season, not one has fewer than 310 plate appearances and one player has more than 400. The ISO is .246. That’s top 25. The BABIP is .225. Grichuk has a career .300 number and all the projection systems have him down for a .280 mark. Some positive regression is in the works, even if he seems to be a two-outcome player. He also has 3 stolen bases on the season. Doesn’t seem like a big deal, but it’s a little something something.

In terms of splits, he’s always been better against righties than lefties, and this season has been no different. 11 of his 13 home runs have come against righties. He’s also much better at home than on the road (.371 wOBA vs .237 wOBA).

What’s it all mean?

The power is 2 Legit 2 Quit. Unfortunately, so are the strikeouts. With great power comes….it’s supposed to be responsibility, but in this case, slumps. If you can stomach those, there is profit potential here, especially if you have the ability to manage his at-bats. Skew towards playing him at home and against righties. In ESPN leagues, he’s 5.3% owned. If you need power, there is unlikely to be a better candidate on the waiver wire. 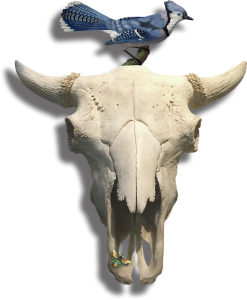