I love my wife. I love her so much that I’ll even go shopping with her from time to time. It’s an arduous and debilitating task, but love hurts, right? She will go down an aisle, survey every item on the rack as if she were mapping out undiscovered lands, then turtle over to the next section. After four sections have been mapped out, she will decide to go back to quadrant one in order to compare or make sure she didn’t miss anything. This process rinses and repeats for an inordinate amount of time. It’s unbearable, says the guy that sits his fat ass in a chair for hours on end and mental masturbates over baseball players for a fantasy team. Anyways, as much as it drives me nuts, I respect it because of the attention to detail and motivation to find the best deal possible. And that’s what it’s all about. Finding the best deal. Since February 1st, Jorge Polanco is being drafted, on average in NFBC drafts, as the 217th overall player and 21st shortstop. Should we jump on expecting the bull to thrust its horns upward?

Polanco is a 25-year-old shortstop who signed with the Twins as an international free agent back in 2009. He’s 5′ 11″, 200 pounds, and bats from both sides of the plate. 2016 was when he received the first significant action in the majors (270 plate appearances) and the following year became the starting shortstop and went 13/13 in 544 plate appearances. Unfortunately, he was suspended for 80 games before the start of the 2018 campaign due to testing positive for a PED. Upon his return, he hit .288 with 6 home runs and 7 stolen bases in 333 plate appearances. What can we expect for 2019?

Polanco is a good hitter. The batting average will likely be in the .270-.280 range. He utilizes the entire field and the GB/FB rate is 0.91. While the walk rate isn’t high at 7%, he does possess a discerning eye and only chases around 26% of pitches outside the zone. The swinging strike rate is only 6% and the contact rate in the zone is over 92%. Over all the hitters that had at least 300 plate appearances last season, Polanco had the 25th-best contact rate and 30th-best swinging strike rate. He’s not just a slap hitter, though, as the ISO is around .145, which should provide close to 15 home runs.

Polanco also has some speed. No one will mistake him for Billy Hamilton, but 15 stolen bases aren’t out of the question.

A 15/15 player who bats .270-ish ain’t bad. For perspective, only 23 overall players are projected to put up 15/15 this season according to Fangraphs. Sure, that number could be higher as some are at 13 or 14 steals, but I had to cut it off somewhere. As for shortstops, only 6 are projected to accomplish the feat.

Now, the Twins did a little shopping for themselves this offseason, as they acquired Jonathan Schoop, Nelson Cruz, and C. J. Cron to bolster their offense. Last season, the Twins were ranked 18th in OPS (.723) with Polanco batting third in the lineup for 115 plate appearances. Steamer projects Schoop for a .776 OPS, Cruz for .894, and Cron for .804. In addition, Roster Resource has Polanco moving to the lead off role, which could provide more plate appearances, stolen bases, and runs. The RBI number would likely come down, though.

So, Polanco is a potential 15/15 player with 80+ runs, 60+ RBI, and a .270 average. Jean Segura is projected for 14/20 with 80 runs, 63 RBI, and a .284 average. Segura is the 10th shortstop off the board in NFBC drafts and is being picked, on average, as the 62nd overall player. Now, the Phillies offense is expected to be really good, but the Twins offense looks to be much improved as well. That gap of 155 picks seems a little too egregious for me. Our resident wizard, Rudy Gamble, has Polanco as the 96th overall player and 12th shortstop. That should make you feel all tingly inside, but if you’re worried about the whole PED thing, the Twins extended Polanco to a five-year, $25.75 million extension. 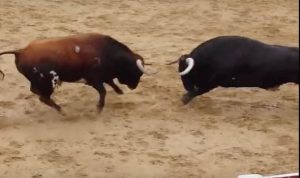 I’ve drafted him in several leagues primarily based on the Rudy /steamer projections, which are much more bullish than the pundit ranks. Batting first in an improved lineup, won’t hurt at BA, 30 HR/SB. Solid floor with some upside. Probably should be going in the mid 100s with his stats and role; definitely good value in the 200s.

Shhhh. I’ve got him in my values as a roughly $10 player, who I was planning on getting for $1 because I’ve seen nothing about him on any of the fantasy sites. I picked him up last year after the PED suspension and was pleasantly surprised. He looks to be one of those boring players that doesn’t have any one carrying stat, but contributes across the board (and everyone can use a generic stat filler).

@srpst23: Lips are sealed. Agreed, he’s not sexy and won’t win a league, but the across the board contributions in what should be a vastly improved offense has value. His price is waaaaaay too low

An excerpt from Bragains dot com — Where Housewives Brag About Bargains:

“My husband spends countless hours talking about fantasy baseball, and keeps talking about the price of Jorge Polanco. Listening to him is an arduous and debilitating task, but love hurts, right?”

@Grey: Yes, how could listening to anyone talk about Jorge Polanco for hours be arduous and debilitation?

Yeah, I don’t know who that was that wrote that Bragains post, but they were way off

I smell a hit with Bragains dot com. Make it happen!

@Grey: Would get more clicks though