I usually have FOMO when it pertains to Japanese imports: cars, video games, sushi, anime, toilets, and baseball pitchers. I just learned that there’s a concept called JOMO, which is the joy of missing out. L. O. L. Well, I get JOMO when it comes to Godzilla, radioactive fish, and baseball hitters from Japan. But, but, but….there are always exceptions to the rule. Hideki Matsui, coincidentally nicknamed Godzilla, was amazing and so was Ichiro, but the rest of the list is the aftermath of eating that five-eyed fish. So, where will new import, Shogo Akiyama, fit into the spectrum?

Akiyama is 31 years old, 6′ 0″, 190 pounds, and bats from the left side. He played nine years in the JPPL and put up some impressive numbers. In 2015, he had 216 hits in 143 games and, over the past five years, has always produced over 170 hits per season. Over the last three seasons, he’s clubbed over 20 homers, stolen at least 10 bases, had a batting average over .300, and OBP hovering close to .400. He has five-category skills, but it’s the JPPL, so that sort of production is unrealistic to expect his first season in MLB. So what can we expect?

Will Hoefer of Sports Info Solutions had this to say about Akiyama in September of 2019:

“His quick hands and good bat speed give him above-average game power and hit tools, albeit with some concerns about rigidity in his wrists and his occasional issues falling out of the batter’s box on contact. He’s an above-average runner in his early 30s…Akiyama’s combination of strong on base skills and solid power, in addition to solid center field defense should be plenty to stick in the everyday lineup for a first division team in 2020”

Looking at highlights, he can turn on the inside heat, but is more than willing to go to the opposite field. Plate coverage doesn’t seem to be an issue.

Looking at his stats from the JPPL, the plate discipline looks excellent. Going back to the last five years, he only exceeded 100 strikeouts (average of 673.6 plate appearances) twice and walked over 70 times in four of those seasons.

Let’s take a look at how the other Japanese-born hitters fared in their first MLB season. There are only 15 hitters on this list, but I’m going to omit those who spent time in the minors their first year stateside.

Shoutout to Nori! What a rookie season! I don’t think Akiyama has that kind of speed, but maybe the batting average and on-base percentage can translate the same. If that happens, that could be really juicy considering the lineup that the Reds will boast this season. With that said, looking at past history, we should expect a dip in numbers across the board.

In NFBC drafts from 6/1 to 7/19, Akiyama is being selected on average as the 69th outfielder and 267th overall player. The floor looks to be relatively high, as most of the previous Japanese-born imports did well, and there’s upside considering draft cost, skill set, and environment. 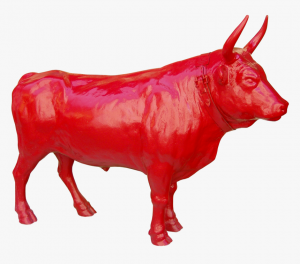