As a Justin Verlander owner in 2013 and part of 2014, I know what some of you must be thinking. “What exactly is the conundrum here? That he’s garbage or hot garbage?” Hmmm… I feel like you’ve painted me into a corner there. Garbage, I guess? It’s true that Verlander has been a shell of the player that he was during his peak seasons in recent years, but that doesn’t necessarily mean that his days as a useful fantasy contributor are over. The goal of this post is to determine whether or not he has anything left in the tank as objectively as possible. That means forgetting about the irreparable ratio damage that he inflicted upon our teams over the past few seasons. And ignoring the Scrooge McDuck-like money rooms that undoubtedly exist at each of his houses. Not to mention his ability to motorboat Kate Upton whenever he feels like it. I’ve got my bear pic all queued up and ready to go! Oh, right. Gotta stay unbiased. With that in mind, let’s take a look at Verlander’s numbers throughout his MLB career:

If Verlander does have some gas left in the tank, this has the potential to be a hall of fame resumé. What stands out the most for me is his durability. 32+ games started and 200+ innings pitched for eight straight seasons (2007-14) is quite an impressive feat.

Unfortunately, all of that wear and tear has caught up to Verlander in recent years. Let’s take a look at a few advanced stats to see how he’s evolved over the years:

This confirms what we pretty much already knew. Verlander’s heavy workload started to catch up to him after the 2012 season, as his K-rate has declined each year along with his velocity, though his average fastball velocity has increased by .5 mph from 2014 to this season after dropping for five straight seasons prior to 2015. His HR/9 has steadily increased from 0.72 in 2012 to 1.43 this season, and his strand rate has fallen from a career high of 80.3% in 2011 to under 70% in each of the last two years.

All of this seems to point to more misery for Verlander in the near future, right? Not necessarily. Verlander didn’t make his first start of the season until June 13th due to injury, and his first few starts were predictably atrocious. The 2nd half has been a different story though. Let’s compare Verlander’s 2nd half numbers to last season’s AL Cy Young winner and all-around fantasy stud Corey Kluber:

While there’s no doubt that Verlander is no longer the dominant pitcher that he was at his peak, he might not be finished just yet. The long ball has been a problem for him, and he’s unable to overpower hitters the way that he used to do, but he’s been throwing strikes and missing bats in recent weeks. He’s even seen a slight uptick in velocity from last season. If he’s able to keep the homers under control and strand runners at a rate closer to the MLB average (73.2%), he could be a fantasy asset once again. 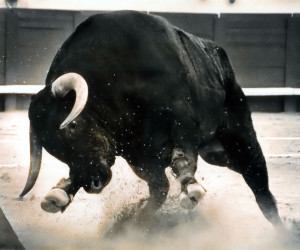 i’m guessing the main pt of their FIPs being so far apart is the HR rate difference?, and if so their XFIP’s should be very close? or is verlander also doing something like allowing a crap ton more line drives or something else i’m missing to have that great of a FIP difference?

@A Wesley Snipes Life: Yup, you got it. Verlander’s HR/9 rate being more than double that of Kluber’s accounts for the difference in FIP. Their xFIPs are much closer (3.52 for Kluber vs 3.74 for Verlander) due to that metric factoring in a league average HR/FB ratio for each player.

In a 5×5 H2H league that counts QS instead of Wins, how would you rank the following for the ROS?

@Chadaristic: I’d rank them Samardzija, Verlander, Shoemaker, Hendricks. Samardzija has had two straight rough outings, but he’s the best pitcher out of this bunch. Verlander and Shoemaker are close. I give a slight edge to Verlander for his ability to consistently go deeper into games. Hendricks brings up the rear for that very reason. He seems to fall just shy of 6 innings in a good chunk of his starts.

Up til what point of the season are you writing Bear/Bull? I would think the last few weeks would turn into a buy/sell column

@J-FOH: I have no idea. Just playin it by ear I guess. Something like that would make sense after fantasy trade deadlines pass.

@Big Magoo: we’ll have to brainstorm this during one of our chats. I was thinking about this only because I never remember anyone writing bear bull til the end.

@Big Magoo: just went and looked at Jay’s last year doing it and he did hitters and pitcher bear bull reviews in september. cant recall who did it last year after Jeremy left.

Funny thing to do, go back and look at the Larry King posts, in his first one he has a topless pic in a link

@J-FOH: Nice! I’ll have to go back and look at them. Just trying to get a few last minute trade offers out there in a couple of leagues.

The comparison to Kluber is a small sample size, but very surprising…

@Grey: I didn’t want to bog the post down with more tables, but I compared those two due to their similar velocities and overall arsenals. Verlander is more susceptible to the long ball, but his improved control has been very surprising.

Still on that few starts, I’m not buying in shallower leagues, but if he were available in say a 15 teamer, I’d try him

@Grey: Yeah, I hear you. The lack of walks has given him a little more margin for error, but he can’t get away with mistakes throwing 92-93 like he did when he was throwing 97. The Ks are obviously down a bit too.

I think it’s safe to say his best years are behind him. Hopefully he can regain some of his old form and become a solid 2-3 guy though.

@Adam: No question about it. He’s lost a few ticks off of his fastball, and his breaking stuff doesn’t have quite the same bite that it used to. Still above average though, and he’s locating better than he has in recent years.

Nice analysis… but why am I all of a sudden so depressed? Oh yea, I have Kluber hahaha

I’ll give the edge to Kluber for a bounce back at least!

@Timmah R: My intent was for the comp to be a positive one for Verlander rather than a negative one for Kluber. Don’t worry about Kluber. He’s awesome.

@Big Magoo: haha yea I know, but I’d rather see Kluber compared to Scherzer or Kershaw… it goes along with his year thus far ;-)

@Timmah R: He’ll be fine. Just look at what he did tonight – only gave up a solo homer and a walk across 9 innings. Not too shabby!

Would your trade Chris Sale for Lester and Shelby Miller?
I would then drop either Jessy Chavez or Rasiel Iglesias.

Thanks for your help.

Wow. Now that’s a helluva limb to go out onto Magoo. Goes to show you once more that you can make statistics show what you need them to if properly massaged correctly (not that I’m faulting you for that, just a general observation). I’ll be the first to admit I’m an idiot if you’re right though, sir.

@Clint: That’s what I do, haha. I’m not calling him a top 10 starter ROS or anything, but I think he’ll be useful in the right matchups.