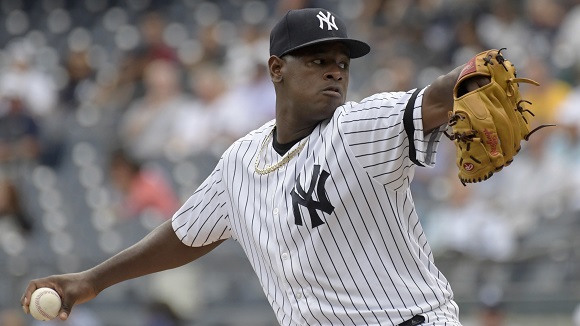 A few days late, but the numbers are current as of Tuesday June 5th, before the action begins.  Hope everyone is having a great start to their week!  Enjoy!

Hello and welcome to the updated MLB ROTO category leaders nine weeks into the season and hopefully most of you are enjoying your Memorial Day weekend and maybe watched a few laps of the Indy 500 has come and gone.  Will Power ran away with the victory while Ed Carpenter ate some of his dust in the last few laps.  After another week of baseball, some AL pitchers joined a different type of race to try and pass up the stat leaders, while others are looking for Vin Diesel’s NOS button to extend their lead, leaving the rest of the pack hoping for a Cal Naughton Jr. finish for silver.

We are now eight weeks into the season, so who’s ready for the current roto category leaders?  A few slight changes between the AL and NL, and trade season coming up could have a major effect on leaders.  So get out your scoop and let’s dig in to the kitty litter box!

Not a lot has changed over the last week so my player blurbs will be minimal.  Many of the roto category leaders are starting to solidify their spots and the frauds are weeding themselves out faster than Chipotle enters and exits, don’t forget your Chipotlaway. 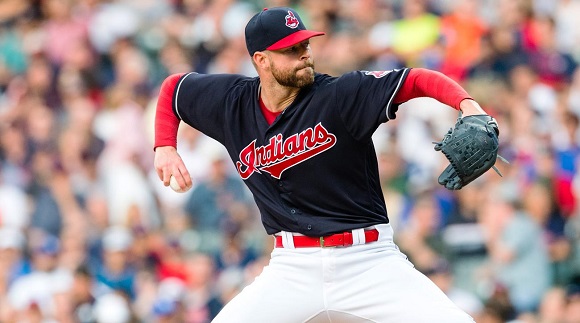 Back from the trip of a lifetime honeymooning in Italy.  But I am home and ready to present the current ROTO category leaders five and a half weeks into this young baseball season (as of 5/6/18). A lot has changed since my last update.  Let’s dig in!

Alright ladies and gentleman, just a forewarning this will be very brief as I am posting from 35,000 ft above the Pacific Ocean.  After a weekend of wedding festivities, I am now on my way to the land of cheese, bread, pasta, and pizza.  The beautiful country of Italy.  Let’s be honest though, there was no way I’d be able to spend my entire honeymoon without dabbling in Roto Leaders for our lovely Razzball followers.  Time change is a little confusing so let’s see if we can find a way to make this happen! Once I’m back home, I’ll be able to go more in depth, Ciao! and Eccoci qui! (Here we go)! 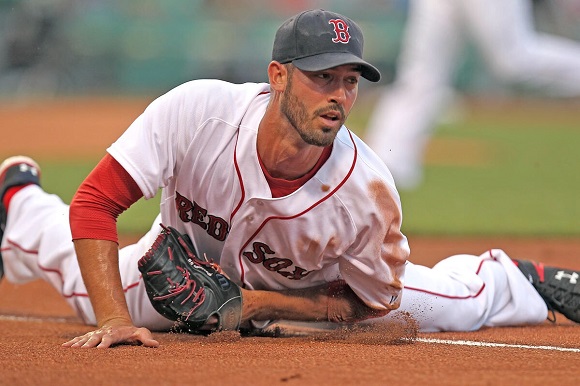 We’re back with our second installment of this year’s Roto category leaders.  Once again, listed is the current leaders, favorites in a group (if tied), and who is licking their chops to, meow mix meow mix please deliver, take over the lead, ready to run a train on them chicken fingers nom nom nom nom.  You know what, let’s get right into it!

Hello and welcome!  We’re going to take a look at the AL and NL league leaders in each standard rotisserie category after the first full week of baseball and discuss, analyze, and Razz it up! (90’s phrasing!) My favorite in the group is ONLY available when there is a tie in a category. Waiting in the weeds is a pitcher or hitter that is not currently leading the category, but could find their way into the lead soon…

Hen (Hen) Ry (Ry) Row (Row) En (En) Gart (Gart) Ner (Ner).  No, Henry Rowengartner is not on this list, but I imagine he would have been if his arm was still broken and his tendons were still too tight.  I could picture the 100 mph fastballs working fairly consistently, but the famous floater pitch that hasn’t been seen since Scuffy McGee wouldn’t last long, even in a 12’’ softball league.  “Ffffunky butt-loving!’ ‘Did he just say funky butt-loving?” Enough about one of my favorite baseball movies from the ‘90s. We’re going to take a look at the top ten pitchers to lead the league in strikeouts for the 2018 season.  Let me know who you like, who I missed, who deserves an honorable mention, etc. Do you want “Big Sexy” Bartolo Colon on the list, because he mesmerizes you with his athletic figure? He would make a great figure skater or rhythmic gymnast, right?  I can’t place him on this list, but he deserves to be on some sort of list somewhere. Maybe I’ll make a list of the ten most entertaining MLB players, I’m sure he’ll make that list. All opinions are welcomed, and encouraged so let’s dive right in and see what happens!  For the purpose of this post, we will be using Grey’s 2018 Pre-Season Projections and FantasyPros ADP.

Home runs bring a different type of excitement to baseball.  Fan of the team or not, when hitters like Barry Bonds (762), Hank Aaron (755), Babe Ruth (714), Alex Rodriguez, (696), Willie Mays (660), or Ken Griffey Jr. (630) came to the plate, people dropped what they were doing to watch or listen, because they knew something big could happen.  Some of the numbers above are frowned upon or listed with an asterisk because of the introduction of performance enhancing substances that likely played a part in some of the added power.  For example, one of my favorite seasons of all time growing up was the 1998 season where Mark McGwire and Sammy Sosa duked it out to catch Roger Maris’s record 61-home run season.  They both caught that record and everyone wondered how many more they would hit by the end of the season.  McGwire finished with 70 and Sosa with 66.  Not long after, Barry Bonds surpassed McGwire’s record with 73 home runs in 2001.  Looking back at all of those records broken can be looked at with a grain of salt knowing that all three were involved in the steroid controversy, whether they admitted it or “didn’t understand the questions” (cough Sosa cough).  Low and behold, the home run ball is back and better than ever.  According to statistics from Baseball-Almanac, home run totals by season have steadily increased over the last century.  2017 saw the most home runs in a season with 6,105 homers.  To put that number into perspective, that record-breaking season in 1998 saw 5,064 home runs.  Will we see another uptick in the 2018 season, or was last year just a fluke?  Let’s take a look at the potential top-ten home run hitters for 2018.  Included is Razzball’s own preseason overall rankings, and FantasyPros ADP. Please feel free to follow up in the comments with your own opinions!

It seems fitting for me to debut with a sneak peek of the 10 best base stealers in the majors for 2018, because let’s be honest, I like to go fast (I promise I won’t reference Talladega Nights again).  In my opinion, speed is one of the most exciting elements in baseball.  It would be easy to look at statistics from 2017 and list the 10 athletes that led the league in steals, but we’re going to take a deeper look at the speedsters I like for the upcoming 2018 season, and we’ll be doing this for all of the major scoring categories throughout the preseason.  And sure, you’ll see plenty of the usual suspects, but who knows, maybe I’ll throw in a few surprises as well. Included next to each player are Razzball’s own 2018 fantasy baseball ranking and FantasyPros most recent Average Draft Position (ADP).

Please, blog, may I have some more?
Page 1 of 11
View/Edit Profile
Change/Cancel Membership
Rudy's MLB Draft Room
Log in