In my 2013 review of Fantasy Baseball Rankings, I noted how the majority of a team’s success (in 12-team mixed roto leagues) can be tied to the end-of-season value of their team.  Those stats are:

In my review of Hit/Pitch Splits in Fantasy Baseball Snake Drafts, I showed the impact of how a team’s investment in hitting vs starting pitching vs relief pitching correlated with Razzball Commenter League team success (note:  leagues now open – commishes welcome!).

This post will provide some insights on the cumulative round-by-round impact of how a team’s draft drives a fantasy team owner’s success (or lack thereof). 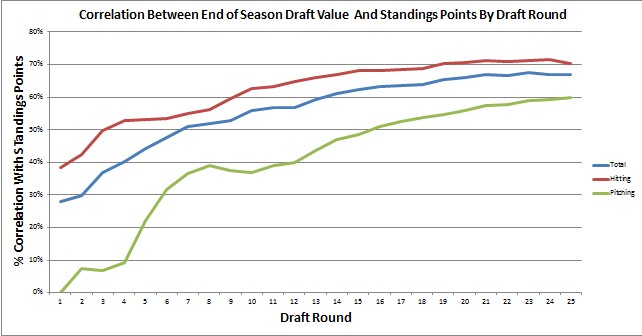