We’re a few days away from the All Star Break and I don’t know about you, but I feel like I am more than ready for a little respite from the daily fantasy grind. Of course, by next Wednesday I’m sure I’ll be having major lineup setting/live scoring withdrawals, but I’m also looking forward to a chance to re-group and figure out which of my teams can be improved by a little crafty work on the waiver wire. A lot will likely change before the trade deadline, but until then I’m taking it one game at a time in terms of players who might be able to help my teams out.  For the time being, I feel like there is less available in my deep league free agent pools than there has been all season, and that’s already a pretty low bar. Still, that won’t stop us from taking a quick, pre-All Star Break look at a few guys who’ve been getting picked up in deep leagues this past week, as we check in on a few players whose ownership has risen of late but are still owned in only the deepest of fantasy leagues.

Jonathan Aranda. The reason for Aranda’s rise from 2% to 5% owned isn’t hard to figure out; Wander Franco is hurt, Vidal Brujan has been demoted, and Aranda has not only been recalled by the Rays, but it also looks like he should see at least fairly regular at bats (so far he’s appeared in two games at first and two games at second). Will he be able to carry some of the hitting magic he was experiencing in triple A – in 282 at bats he was hitting .330, with a .403 OBP, 53 runs scored, 13 homers, 57 RBI, and 4 steals – over to the majors? I’m not expecting anything close to immediate fantasy greatness, but that hasn’t stopped me from picking him in my deeper leagues where he was available in case he can provide a little offensive boost where I need one.

Rob Refsnyder. The Red Sox back up outfielder drew a larger-than-expected FAAB bid in one of my AL-only leagues earlier this week, after two big games where he went 6 for 10 including a homer and scored 4 runs. He’s an injury fill-in/give a guy a day of rest/short side of a platoon at best player, but he’s done well when he’s played, hitting .329 (.400 OBP) through his first 25 games on the year.

Seby Zavala. The White Sox catcher’s CBS ownership has gone from 2 to 5% of late after his performance in the month or so he’s been up in the majors with Yasmani Grandal hurt. He’s now hitting .313 in 67 at bats with a homer and 12 RBI. I actually put him in one of my RCL lineups for a couple of days earlier this week, but I can’t believe there’s much to see here. Zavala has shown power in the minors, but even if he continues getting opportunities to play one would have to think major regression is in his future, so I’m going to be wary even in AL-only.

Jonathan Davis. Davis has been seeing at bats in the Brewers’ outfield with Christian Yelich out and Tyrone Taylor having trouble returning from a concussion. We’ll see how quickly guys get healthy and if Davis’s opportunities dry up, but if you’re chasing steals in a really deep league, he might be a guy to turn to. He has two in his last two games as I write this, and four so far this month.

Stuart Fairchild. Even deep leaguers might not recognize Fairchild’s name, but if it is unfamiliar to you, he’s an outfielder for the Cincinnati Reds. He’s an ‘organizational depth’ type guy who was recently recalled and made a bit of a splash on Wednesday by taking Luis Severino deep at Yankee Stadium. It’s quite possible that homer will stand as the unquestioned highlight of Fairchild’s season, but I’ve given him a shout-out in case the Reds go full-on fire sale mode and get to the point where that ‘organizational depth’ suddenly has a fairly regular gig in the majors. Fairchild was doing quite well in the minors this season, for what it’s worth, hitting .275 (.366 OBP) with 11 homers and 6 steals in 142 at bats.

Robinson Cano. I’ve just resigned myself to the fact that every time Cano signs with a new team that is a playoff contender and/or recent World Series champion, I should throw his name out there, just in case this is the change of scenery that brings him back to deep league relevance. Cano is now an Atlanta Brave, playing for a team with a middle infielder who’s down with a significant injury for a significant amount of time. And this concludes my most recent Cano PSA.

I need some help. Deep 14 team dynasty league withn 30 active players, 5 IL, 5 milb. Whew. Never wrote that out before. My other league is even more hybrid.
Anyways, looking at rengifo and the healing maton to sub for Chisholm.
Do you see any minors ss with a real chance to come up soon? NYY’s peraza looks good, I just don’t see them filling a need from within when they can buy whatever they want.
What was the question? Oh yeah, any shortstops?

Although not in your article, I think Josh Lowe is coming around. I am concerned with the TB hitters. I am not sure if it’s baseball is hard, but actually not just TB, a lot of big prosepects seem to be disasters. And I know they are young but hitting sub 200 and striking out at warp speed is concerning.

A guy like Arands is someone not considered a super top prospect, but he seems like a guy who will succeed. Sometimes the MLB community says the exact same phrases for big prospects(must grab, future star, stud….ect), and my radar goes, this guy is going to struggle and they typically do.

The way they talked about Aranda, almost like an after thought, typically this is the type of guy that hits in the MLB. Before this year, well last year and some change, they talked the same way about Miguel Vargas like they did Aranda.

Last edited 6 months ago by Vash
0

I picked up Cano in a couple of my deep leagues. Just hoping for a decent semi-everyday guy. 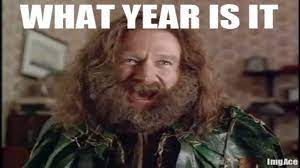 I’m starting to think I’m gonna be mentioning him once or twice a season for the rest of my life.

It seems like he’s in a pretty good situation in terms of the team he landed on to at least be better than nothing in really deep leagues – fingers crossed!

Having Brujan in a league has me worried about his future still young yes. Thoughts on him long term?

I have him in my AL-only keeper league, and I’m trying to remain optimistic but I’m starting to doubt him long term. My hope is that he regroups in the minors, comes back later this year and plays well, and has a pretty regular role next year where he steals a million bases like we’ve all been waiting for. But given that he actually got a decent amount of time to establish himself and just never got it going, I’m a little worried, especially with the way the Rays mix and match playing time anyway. So I’m not selling low just yet, but I’m also not going out of my way to buy.

I like to come Aranda these parts from time to time, to see what’s cracking.

Ha, you are welcome any time!