First of all, a big thank you to Rudy for getting his Razzball Commenter Leagues robots crunching the numbers we all know and love.  We now have real, live standings here in week two!  It’s awesome to have a starting point for the Master Standings in the early going and it’s much easier to collect data.  A big thank you also to fellow RCL nut, VinWins who diligently went through each league and copied out the weekly numbers for this week’s weekly leaders section.  With the Master Standings also comes the league competitive index.  LCI is a Master Standings secret sauce that I love.  It’s what’s missing from most overall competition standings.  More info on LCI can be found at the bottom of the standings page.

It’s still the silly season for our leagues at this point, where we can have huge swings in the standings based on 2-3 good days of stats.  So, fear not if you’re off to a slow start.  One visit to Coors and your team can turn on a dime.  Of course, it can also turn on an Anthony DeSclafani start, so, give and take.  Who’s the number one RCL team after the first two weeks of the season?  You’ll have to click below to see that.  Let’s take a look at the standings, the top teams in each stat category, and some trades in the week that was, week two in the RCLs:

It was little ol’ me who made the biggest jump in both points (19.5) and total standings position gained (three spots) this week as a squeaked into second place, just behind Son who held the top spot this week.  I led the league in HRs, RBIs, IP, strikeouts, saves and co-led with Malamoney in wins with six.  Not too shabby.

JKJ was this week’s biggest faller, losing 13 points and falling two places down to eighth.

Yahoo!’s Triple D took over the top spot this week!  Congrats to long time Razzball commenter, Old School Brother for their appearance in the top ten as well!

Clark Olson picked up the most points this week with 654, good for moving them up 120 spots to twelfth overall.  Eric Cross moved up the most spots, gaining 177 positions and moving to 36th overall thanks to their 635 points gained.

Here we have it, our first edition of the top ten!  We did notice an error in these that will get corrected ASAP (probably by the time you read this) where FanTrax has switched the position of Wins and Innings Pitched, so our data download has those swapped, still, the standings probably won’t change a ton with that swap.

My DFSers Anonymous team, which was in the running for TOW honors last week takes the top spot in our first standings run.  That team has the second most league points of any team so far 108 and the DFSers League is an active one, driving up that LCI.

I can’t say I recognize any of the other teams here, but if you’re a commenter, let me know in the comments so I can sing your praises.

Just the one trade this week.  Maybe everyone is taking all the advice we’ve been dishing out all this week about holding the line.  If Semien rebounds from a slow start, this trade could look really lopsided in a month or so.

Once again, big thanks to VinWins for copying out all my team data this week.  I kid, I kid, other teams were included too, but it was a pretty good week for your RCL host.  Having 30 teams doesn’t hurt either.

Summary: tberkman was a poster child for the slam and legs this week and it was the young guns getting it done.  Julio Rodriguez swiped four bags, while Wander and Varsho each bashed three bombs. You love to see it.  On the pitching side, that sub one WHIP is always amazing and it was Tony Gonsolin, Nick Lodolo and Frankie Montas pairing up with veteran arms, Noah Syndergaard and Carlos Carrasco who got the job done.  All this shot tberkman up from fourth place with 77.5 points last week to first place this week with 106.5.  That’ll work!  Nice job and good luck holding on!

I have put together some RCL links.

The competition factor can’t be good in those leagues….over a 100 points? Seriously? All I care about is I’m up 9 in CWs #21 league. Kicking his butt for that Yarbrough article last year. Making up ground in #39 I’ll get on there once Acuna comes back. Should have joined one of your leagues Mattress no way you’d have 100 points.

Well, I’m only in nine leagues, so there should be plenty of opportunities. Most are money leagues too, so the competition should theoretically be higher. At least you hope there are no dead teams.

Sounds like there are dead teams. 114 points? Come on man. I’m in one free one money with Miss Holt. Almost got in a 100 dollar one but I got bills man. Does the competition factor not bring your score down in those leagues? You can’t be that good dude. I mean 120 is perfect right? Would you win the league with 114? If there’s no one trying?

At the bottom of the Master Standings page the methodology is explained.

Unfortunately, many leagues do have teams that make little effort. Everyone in #39 competes, but you do have an abandoned team in #21. That team did not take part in the draft and has done nothing since, but is still in 7th place.

Thanks for the insight Vin. Once acunas back and Munoz and Duran are closers I think I run away with 39 honestly baring injuries. 21 even better 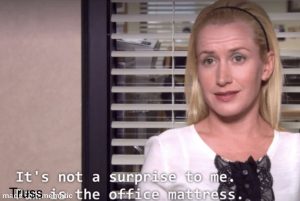 It is a long season. A marathon. I’m just being overly confident. Joking around. Everyone is so stiff these days.

Wow, 2nd place! I actually hated this team after my draft where I went heavy on rookies thinking I might strike gold (Cruz, Suzuki, Rodriguez, Abrams, Torkelson) — WAY too many rookies. Also the first league (that I have a care for) that I’ve ever had a share in Ohtani which has been fun. That said, my team is playing over it’s head an there is NO way Syndergaard and Gonsolin keep up their pace (maybe Gonsolin), but if Julio and Torkelson step it up and Abrams (who I’ll probably drop) somehow starts performing, who knows?…. Also, my MVP might very well be Varsho since I went against common RCL wisdom and drafted him early.

Oh, also somehow left out Franco on the rookies list (obviously a big reason for my early standing….)

I got Varsho in both the RCLs I’m in. Same with Witt, Duran B. Lowe and Munoz. They start getting saves I think I’ll be the top save guys every week. Once we hit May 1st Witt turns up.

Congrats! Funny how that works out sometimes with hating a team and it doing well. Just keep grinding!