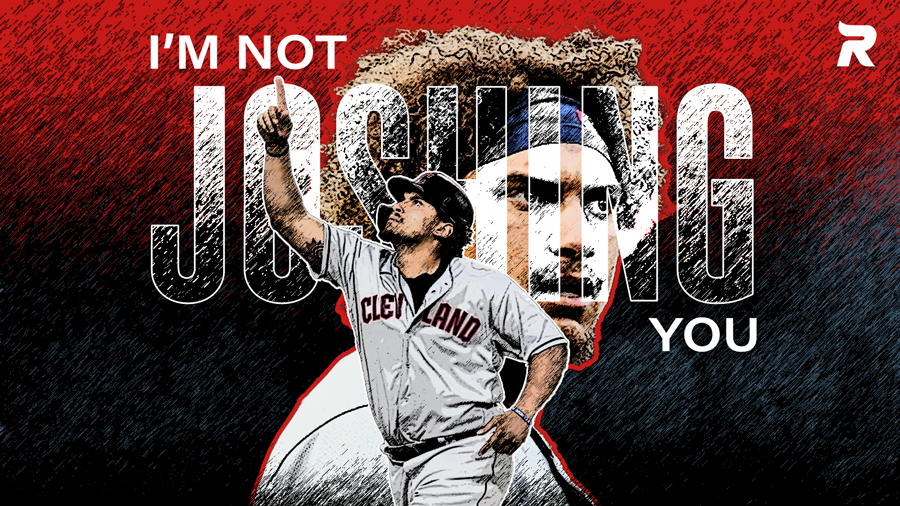 I had to pivot last night. I could have gone with a few pitchers for today I’ve been keeping tabs on, but those can wait another week, I had already hinted at Naylor in last week’s outfielder post, but now he deserves a bit more attention. Josh Naylor went 3-for-5, 2 HR, 8 RBIs, one a grand slam off of Liam Hendriks to send it into extras and another to win it, now hitting .338 on the season. Since I pointed him out in last week’s post he has hit strike that, .391 with 14 RBI (hit 2nd HR while I was typing lol). Yeah, that’s pretty good. This begs the question: is this an Official Breakout SZN (TM) or just another hot run with the bat? Let’s find out!

Josh Naylor came up with San Diego Padres and then in the 2020 season was traded to Cleveland. He showed some promise last year but was derailed by injury. Injuries, which delayed his start to this season. But now he’s here, and in what seemed to be a crowded outfield, has been given plenty of at-bats in RF and for now, looks to be the everyday starter there. He appears to be a .250ish hitter with the possibility for 20 HR, but in only 19 games so far he now has 4 HR and 21 RBIs… is it finally time for his tools?

SMALL SAMPLE ALERT. Okay now that that’s out of the way, let’s take a look. So far this season he’s not posting career highs in exit velocity, be it the average or max. His launch angle doesn’t seem to be increasing that much, but, what we do see is getting more consistent hard contact and that’s translating into a higher expected average that is mostly playing out as you would think it would. Yet, despite that his barrel% isn’t above average. Now, these numbers have been pulled BEFORE he went off last night. So if you go to his statcast page this morning, guess what, it’s going to be boosted. Can’t wait for that juice.

Once again, small sample, and this morning’s info will have been updated. But, the key thing to see going into last night’s game was that Josh Naylor is hitting more line drives so far and that’s a big contributor to his AVG. The new career level in HR% is good to see (especially after that night game) and seems to be a function of him pulling the ball into more power. Not always a good thing, but seems to be the right recipe for him. The one cause for concern is the high GB%. If he doesn’t get that lower he could regress back into a .250 hitter.

Overall though there’s enough to like going forward. Worst case scenario he’s likely a .250 hitter with 18-20 HR and maybe 70 RBIs floating around the middle of the Guardian’s lineup. However, if this increased pull rate and driving the ball more consistently continues, Josh Naylor could round into a nice run producer and maybe 20-25 HR and 85 RBIs if he gets into a rhythm hitting the ball over the infield. This Cleveland team is scrappy and gets on base often so there should be plenty of opportunities for him to drive in runs, and I’m now going to have to amend my projections for him in the rankings. Josh is nailing it.

Benintendi or Naylor? Should I drop Benintendi for this guy?

sorry I missed this, yes

About the same in my eyes