This is the 4th post in a series on the 2011 Hall of Fame ballot.  My first post on Jeff Bagwell covered the criteria I am using for analyzing HOF players.  The second and third posts covered Bert Blyleven and the middle infielder trio of Alan Trammell, Barry Larkin, and Roberto Alomar.

The next player I’d have on our ballot is Edgar Martinez. 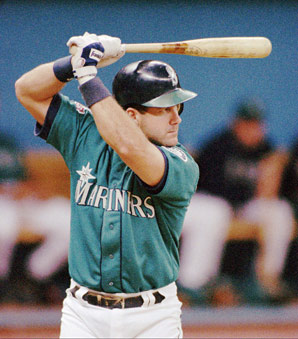 Edgar Martinez has a tougher road to a HOF nomination than most players given that he was primarily a DH, isn’t very close to the notable career totals (3,000+ hits, 500+ HRs), never played in a World Series (let alone won 1+ championships), and was not perceived at the time as one of the best players of his time (7 All-Stars but only 2 top-10 MVPs).

I’m going to start with the pro-Edgar arguments that I believe make the case for Edgar Martinez in the HOF and then address the perceived shortcomings noted above.

Reason Edgar Martinez Should Be In The Hall of Fame

1)  Career Excellence – Edgar’s 67.2 career WAR is 58th all-time amongst retired hitters (9 current players are higher).  Of the 57 above him, 49 are in the Hall of Fame, three are likely to be elected in (Barry Bonds, Jeff Bagwell, Frank Thomas), one is barred (Pete Rose), one is a turn of the century player (Bill Dahlen), and the other three are Lou Whitaker, Bobby Grich, and Larry Walker.  I covered the worthiness of Whitaker and Grich in a previous post.

He had 4 100+ BB seasons and only one 100+ K season.  He is one of only 11 post-WWII players to have a .500+ SLG and 8,000 Plate Appearances with more career BBs than Ks.  The last 4 players to retire before him to achieve this were Ted Williams, Stan Musial, Mickey Mantle, and Hank Aaron.

Edgar’s 147 career OPS+ (OBP+SLG adjusted for park and era) is tied for 39th of all time with Mike Schmidt, Willie Stargell, Willie McCovey, and Jim Thome.

Reservations For Voting Edgar Martinez To The Hall of Fame 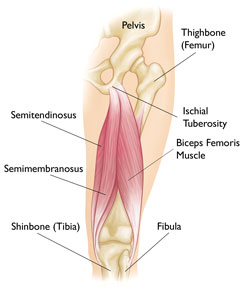 Since the introduction of the DH, people have wondered what it would take for one to make the Hall of Fame.  This barely came up with Paul Molitor (44% of his games at DH) and Harold Baines (37 career WAR with zero MVP or All-Star quality years) didn’t really warrant the analysis of determining how much should one be penalized for playing DH.  This should also come up again when Frank Thomas is up for election as he played 57% of his games at DH.

Luckily, the WAR statistic penalizes DHs so I am going to review that and judge whether Edgar Martinez was appropriately penalized.

There are three primary values in WAR that pertain to a player’s position (note: for this one I’m going to shift back to Sean Smith’s terminology vs. Baseball-Reference and cut/paste his definitions):

– TZ (Total Zone) – TotalZone, a measure of defensive range based on analysis of retrosheet play by play data. For seaons before 1953, and the 1953 American League, this measure is based on a much cruder formula called JAARF (Just another adjusted range factor.) which estimates defensive ratings from assists, putouts and errors, as well as team hits allowed by lefthanded and righthanded pitchers.  (Rudy’s translation:  This is an estimate on the number of runs that a defensive player saved/cost a team compared to a replacement fielder)

– Position Adjustment – Based on how players perform at multiple positions. I have made separate position calculations by decade.  (Rudy’s Translation:  We know it’s tougher to play CF than LF, SS vs. 2B, 3B vs. 1B, etc., by watching baseball over the years.  Through analyzing the performance of those who have played multiple positions, you can credit/penalize players who play harder/easier positions.  Here is a great primer on positional adjustments by Graham at the Mariners’ blog Lookout Landing)

– Replacement Value –  The difference between a league average player and replacement level. This is normally 20 runs per season (650 PA), but varies slightly depending on the strength of the league. Currently, the American league is stronger than the National league, but 50 years ago the opposite was true.  (Rudy’s Translation:  We know from watching baseball that it is easier to replace certain positions than others.  Let’s say you are the 1990’s Texas Rangers and your two best players are Ivan Rodriguez and Juan Gonzalez.  While Juan Gone might be the better hitter, you can get much better hitting replacement OFs from the farm team or off waivers than you could a replacement catcher.  You would rather lose Juan Gone because he is easier to replace.  So if a catcher and LF provide the same offensive/defensive value, the catcher should be deemed more valuable since they are harder to replace.)

Edgar Martinez started his career as a third baseman.  His first two complete years (1990-1991) he played 3B for 247 of 251 games and had a +20 TZ.  For some perspective, that was tied for best in the AL with Gary Gaetti (and better than Robin Ventura and Wade Boggs).  He played another 103 games at 3B in 1992 and had a -5 TZ.   So let’s be safe and say he showed signs of being potentially an above-average fielder at 3B.  But then he tore his hamstring in 1993 and almost exclusively played DH from 1995 onwards.

From seeing Edgar run the bases all those years, it’s clear he couldn’t have played 3B effectively after the injury.  Third base is a demanding position – many third basemen have to switch off to first base simply because of age.  Examples include George Brett and Troy Glaus.  Then there are players that are moved from third to first base because of early injuries (Dick Allen), injury prevention  (Albert Pujols?, Mark Teixeira?) and/or because of poor 3B defense (Jim Thome, Jason Giambi, Miguel Cabrera).  We have also seen completely hobbled power hitters at 1B in the NL like Jack Clark and Mark McGwire.

So instead of judging Edgar Martinez solely as a DH, let’s assume he played 1B for most of those years (so his DH % was closer to the 19-30% of games like the other HOFers reference earlier).  How bad of an 1B would he have to be to overcome the penalties that WAR doles out for DHing?

WAR penalizes Edgar Martinez with -101 runs in Position Adjustment for playing DH from 1995-2001.  Using a mix of Rafael Palmeiro and Carlos Delgado (who collectively played full-time 1B in AL during those years), I estimate he would’ve been given a -73 run adjustment for playing first base during those years with a similar Replacement Value.  So WAR, in effect, would give Martinez exactly the same value he had as DH if he played 1B and cost his team a total of 28 runs on defense (or an average of 4 runs a year).  It’s rare for a first basemen with such poor defensive skills to play seven straight years but it’s not unprecedented.  Carlos Delgado played full-time 1B from 1999-2005 and managed -35 runs below replacement.  If we use Delgado as a conservative proxy (a bit cruel since Martinez showed signs of defensive skills where Delgado defense was always indefensible), this would mean we would remove 1 run per year which amounts to 0.1 WAR/year (10 runs = 1 WAR).

Net-net, assuming Edgar Martinez could’ve stayed healthy playing below average 1B instead of DH, his WAR value be roughly the same.  I think this is an important consideration for valuing players.  Poor-fielding 1Bs like Prince Fielder, Ryan Howard, or Miguel Cabrera might actually be more valuable as a DH assuming the next best hitter is an average-fielding 1B.

His HR total is not very impressive for HOF standards – particularly given his time period.  Unlike similar high OBP peers like Barry Bonds and Frank Thomas, Edgar Martinez was more of a doubles hitter.

So his counting stats make the decision harder.  It would require fantastic rate statistics (AVG/OBP/SLG) to counteract the totals which Edgar Martinez had.

3) How many future HOFers could those 1990’s Mariners have for a team that never even made the World Series?

It is amazing to think that the 1990’s Seattle Mariners had three sure-fire Hall of Famers in their relative primes (Ken Griffey Jr, Alex Rodriguez, Randy Johnson), Edgar Martinez, as well as very good players in their prime including Jay Buhner and Tino Martinez yet did not manage one World Series visit.

Below is a batting vs pitching WAR comparison vs. the two other great teams of those years – the Yankees and the Indians.

The Mariners offense from 1995-1998 were superior to the Indians and Yankees who played in all four World Series during those years with the 1998 Yankees being an outlier.  It was the pitching that kept the Mariners back all those years.  Randy Johnson had two very strong years during that time (1995 with 7.8 WAR, 1997 with 7.7 WAR) but managed only 60 IP in 1996 and was mediocre in 1998 (9-10/4.33 ERA/1.288 WHIP) when the Mariners traded him late in the year to the Astros.  Jeff Fassero and Jamie Moyer had solid years in 1997 and 1998.  Mike Timlin was a solid arm in the bullpen but, otherwise, there was little quality depth otherwise throughout the four years.  The worst example of that is 1997 when Randy Johnson, Jeff Fassero, and Jamie Moyer were 15.8 WAR and the rest of the pitching staff accounted for -8.3 WAR!  By the time 1999 rolled around and the pitching staff got back to adequate (thanks to the spoils of the Randy Johnson trade – Freddy Garcia and John Halama), the offensive depth had deteriorated down to Griffey, A-Rod, and Edgar Martinez.  (This lack of offensive depth best exemplified by Brian L. Hunter to whom we awarded a Razzball Spotlight post thanks to his .280 OBP and 48 OPS+ from LF)

So Edgar Martinez shouldn’t be penalized for the fact that Seattle was never able to mount a credible pitching staff during their offense’s peak in 1996-1998.

There are superficial reasons why one would not vote for Edgar Martinez (played DH, low counting stats) but his sustained excellence at hitting/getting on base make him worthy for the Hall of Fame.

Edgar Martinez is of Puerto Rican heritage.  He was born in New York but, after his parents’ divorce, he wanted to be around less Puerto Ricans so he moved to Puerto Rico.

Unlike other baseball players, Edgar Martinez married early and was not tempted by the allures of baseball groupies.  When asked about it, Edgar replied, “I’m afraid if I play the field that I’ll injure my hamstring.”

The Mariners did not like to bat Jay Buhner in front of Edgar Martinez, fearing the hitter after Martinez would suck.  (Aw yeah, J. Edgar Hoover joke.  Add one to the Rudy Gamble file, G-Men!)

The 1995 Mariners are one of only 572 teams to have two Martinezes (Edgar and Tino) on their team.