I believe an overlooked part of draft/auction strategy is finding pools of players that are consistently undervalued. This fits best with a “maximize value” draft strategy, the goal being to add the maximum value onto your team as possible. It can be combined with a “get your guys” strategy, but this analysis is player agnostic.

To do this, I’ve taken to preparing for drafts by analyzing how the market (ADP) prices various fantasy assets as compared to projections. The process:

These value curves provide us a look into how the market prices pools of players, and help us plan how to allocate resources.

An example will help clarify – here’s the value curve for Starting Pitchers: 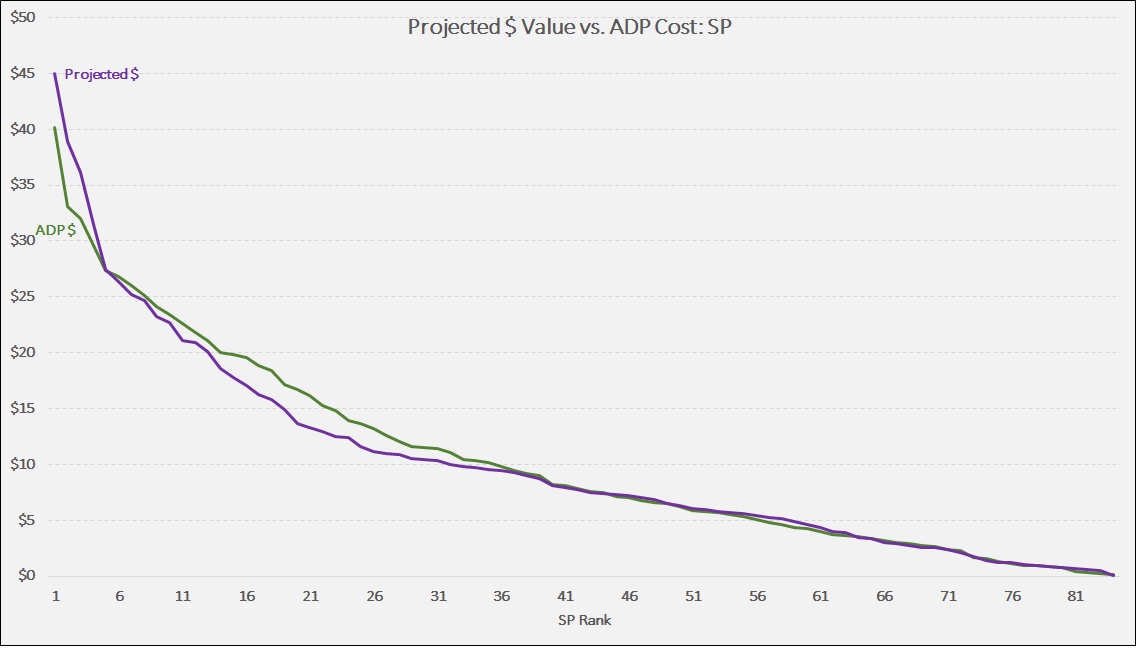 Places on the curve where the Projected $ line (purple) lands above the ADP $ line (green) indicate a bargain – you can acquire these pitchers for cheaper than their projected $ value. On the flip side, when the green/ADP line sits on top, the market forces you to pay a premium. A few takeaways:

This doesn’t mean individual players won’t break the mold above, but in general, you should expect bargains at the top, an overpriced middle, and to break-even at the back end of your rotation.

What about the other pitchers we deal with – Relievers? 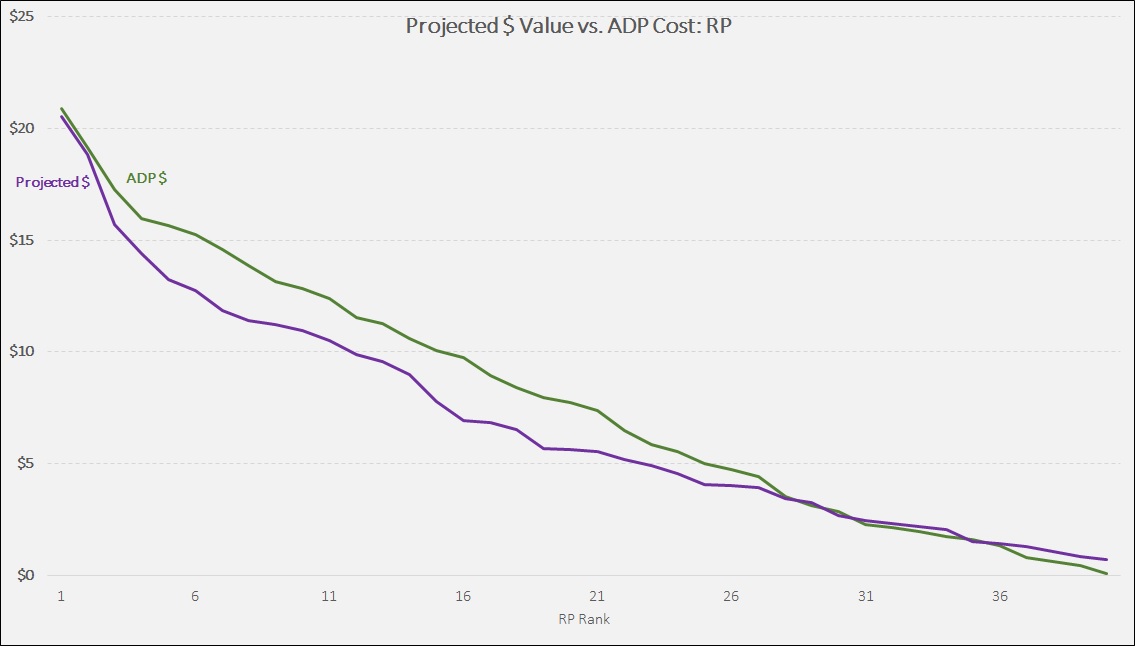 No big surprises here. Generally speaking, we know that closers are “overvalued” compared to projections. Any smart projection discounts saves totals to balance the odds of losing the role; but, all fantasy owners are trying to grab 2-3 of the guys who have the job today.

We know that overpricing needs to be balanced out by bargains (fixed total $ value in the pool). If SP & RP have significant premiums through much of the curves, where are the corresponding bargains? Here’s the Hitter Value Curve: 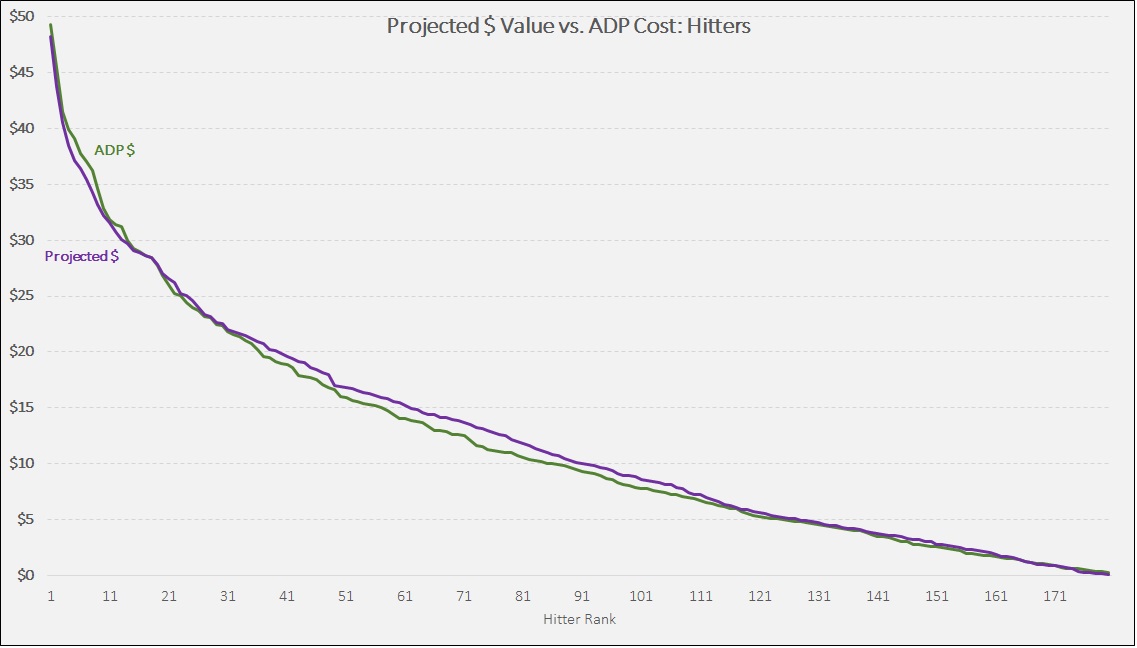 And there’s our bargains.

This approach helps you know what to expect going into your draft/auction. In general, the 2nd/3rd tier of SP will cost more than they are “worth”, and you can get bargains on middle-tier hitters. Don’t take this as prescriptive for every player in your draft this month; Do use these value curves to get a sense for how the market will price the various pools of players available.