My better half created a truly local Farmer’s Market in our backyard. Avocados. Strawberries. Green peas. Cucumbers. Those are just to name a few. At first, the harvest was middling as both the quantity and size were underwhelming. Need more light, she said. More fertilizer. More water. Maybe the plants are what they are, I said. Well, as you can imagine, no sexy time for quite some time after that. So, I did what any normal sex-starved man would do. I went out and “fertilized” the plants with my internal bodily fluids. And what do you know? Happy wife, happy life! Kyle Farmer of the Cincinnati Reds has been added in 33.4% of ESPN leagues over the last seven days as a result of three home runs and 25 hits in 62 plate appearances since the All-Star game. Is this harvest legit or has it been due to outside factors?

Farmer is 30 years old, 6-feet tall, and 205 pounds. The Los Angeles Dodgers selected him with the 244th overall pick in the 2013 MLB draft. His highest home run output in the minor leagues was 10 back in 2017 across two leagues.The ISO was above .170 twice but languished more in the .130-ish area. He wasn’t devoid of power by any means but he wasn’t a slugger as well. He often had a high BABIP which fueled the batting average. The main calling card for Farmer was the low strikeout rate, as it never exceeded 20%.

Looking closer, though, the story is different.

Anything jump out at you?

That 90-plate-appearance sample size is no small thing as it represents 27% of Farmer’s season. As a result, the overall season numbers look fine but they’ve been buoyed heavily by one month’s worth of work.

I searched for fundamental changes that may explain the dramatic increase in production. Entering the season, Farmer said he changed his swing by using more of his legs and utilizing a “more of a downhill, on top of the ball swing instead of trying to lift the ball in the air.” So, maybe it just took him three months to fully get comfortable with it? It’s possible but the numbers from this year to the 2019 season look awfully similar, except for the strikeout rate.

This looks to be simply a BABIP-induced hot streak that, once over, will bring some drought-like conditions for this Farmer. 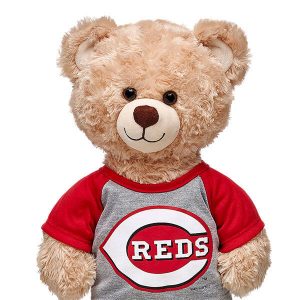 a. Miss you man. Had hernia removal surgery on July 16, removed the stitches July 26 and feeling good overall. Taking long walks with our dog uphill and downhill about 5 miles a day. Super depressed about the job situation, get to the interview stage but failing further because of many reasons. It’ll get better.

b. Signed up Hoy Jun, hopefully he can be sneaky good. This year’s RCL’s were a wash basically counted on Mondesi and Alonso to be better to be brief. When they weren’t I was left scrambling. It could still work out in the last 10 weeks (which is about 35% of the season) but… I will die trying. If the bottom feeders in leagues just give up, then the top 3 cruise. It’s only when all 12 teams do their best that teams in the bottom half have a chance to shake the foundations.

Have a nice weekend. Please know you are loved and appreciated!

Ante! Missed you too!

a) Damn, that’s some serious stuff. Glad to hear you are better physically. Sorry to hear
about job situation. Keep plugging away. What kind of job are you looking for? So that
I can keep my eye out

b) Ha! I hear ya. Need a lot of luck to win. All you can do is put yourself in the best
position. There’s definitely plenty of season to make moves but it’s coming down to c
crunch time

Thanks for the write up.He was a great Yahoo C of the month. With Casty,Moose and Senzel back soon,something has to give.

Good point. I should’ve gone into that.