As we learned more than 10 years ago, Chicks Dig the Long Ball. So it only makes sense that those old curmudgeons on Park Ave decided to “Capri Sun the baseballs”, as Grey so eloquently wrote. But Son? If chicks dig the long ball and old curmudgeons do not actually hit dingers, then how does that benefit them? Well, home runs bring excitement, which fosters viewership, which enhances advertisting revenue, which boosts pay of old curmudgeon, which some chicks dig. Ya dig? Hey, don’t shoot the messenger. Anyways, it’s gotten so ridiculous that Tommy La Stella (5′ 11″ 180lbs), Eduardo Escobar (5′ 10″ 185lbs), and Derek Dietrich (6′ 0″ 205lbs) are among the leaders in long balls this season. On the flip side, there’s Daniel Vogelbach, all 6′ 0″ 250 pounds of not-so-lean, mean, hitting dingers machine, who has clubbed 14 homers so far this season. Is it sustainable?

Vogelbach began his professional baseball career back in 2011. He had two espresso shots of MLB action in 2016 and 2017 (13 and 31 plate appearances respectively). Last season, he at least received a cup of coffee and garnered 102 plate appearances. In those 146 big league plate appearances, he hit four homers and batted near the Mendoza Line. Not so good.

His minor league numbers were excellent, though, as he often had a strikeout rate under 20%, a walk rate over 10%, with a batting average around .290. He hit over 15 home runs in a season five times, with a high of 20 in 2018 (Triple-A). There was chatter of inducting him into the Quad-A Hall of Fame.

Looking at the numbers, the GB%, FB%, and HR/FB rate all jump out. Vogelbach has a ground ball rate of 26.8%. Last season, that number was 44.3%. The fly ball rate is 52.6% this season. Last year, that number was 34.4%. Finally, the HR/FB rate is 27.5%. Last year, it was at 19%. Statcast data has his launch angle at 19.6 this season. His career average is 11. Last March, David Laurila of Fangraphs wrote an article that explained the mechanical changes that Vogelbach was going to employ in order to access more power. The power didn’t manifest last season, but it’s on full display this year.

If you’ve read me at all, you know that I’m a big plate discipline guy. Well, Vogelbach has a swinging strike rate of 8.4% and a chase rate of 23%. I’m about to post an ad on Craigslist for the position of “Fanner when things get hot in here.” For a power hitter, those are excellent numbers.

Now, there is one big bugaboo with Vogelbach: his inability to hit left-handed pitching. He has a career 30.2% strikeout rate against them, a .109 average, and .152 ISO. While he has shown some improvement this season against them (12% walk rate, 20% strikeout rate, and .286 ISO), the sample size is small (25 plate appearances) and the Mariners will more than likely sit him. Good thing that most pitchers are right-handed. In his division, I count only five lefties. Nom nom nom. 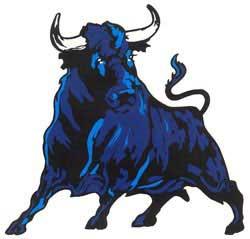 End of my h2h week currently winning 7-2
Will win all hitting catagories , exception up 1 Sb so still I’m jeopardy, but faster team

Pitching holding era/whip 2.06,0.83 to 2.50,1.03
Tied in wins,
down 15ks
Down 1 save
Do I shut down my pitching?
He has flaretty
I have Marquez, Caleb, woodruff
Also have Jansen Hicks hand and Barnes
Could shit down just the sp
Or take my chances?

I’d shut it down. Situation doesn’t dictate that you press. Gordon Gecko said greed is good, but pigs often get slaughtered.

I have 4/5 bench spots dedicated to hitters

Want to trade one for a closer
Think senzel

Senzel for Will Smith reasonable?

Also puig is on waivers
Worth dropping yandy?

I think that’s fine, but I’d attribute most to variance.

I like Yandy and think Puig is a good scoop. If you trade for Smith, I’d drop Barnes for Puig.

REAL helpful, Son. Been wonderin’ whether or not to commit. Just feels like your riding a streak with him. But looking like not so much! He’s also a helluva lotta fun to watch. Need him to charge the mound, just once. Thanks for this and all of your BEAR-BULL players analysis!

Yeah, I was impressed when digging into Vogelbach