I have mixed emotions regarding zoos. It’s nice that there is a confined space where I can observe animals that I’d never be able to see outside of YouTube videos. Unfortunately, it comes at the expense of the well-being for the animals. They are not allowed to roam free in their natural habitat and do what they do. I often put myself in place of the animals. If aliens abducted me and put me in a cage, that would kind of suck. But what if they fed me and provided a La-Z-Boy, a computer, and PS4? And threw in a mate from time to time? Without having to do work? What?! Now, what if they forgot the wifi? That’d be inhumane as F. Anyways, I sometimes question whether every animal would be happy to be free from the confines of a zoo. I lean towards yes for most, but not so sure about the ones that are constantly being hunted out in the wild. That’s a stressful way to live. Anyways, being free means different things, depending on the perspective. How about in the context of Willy Adames, a player that’s owned in 7.5% of ESPN leagues but has a .405/.425/.622 slash with 4 stolen bases since August 1st? Free as in readily available to acquire? Free as in he is finally being unleashed? Or free as in you should let him go from your roster?

Willy Adames is a 22-year-old shortstop that bats from the right side for the Tampa Bay Rays. He was Ralph’s #2 prospect for the Rays organization. “The combination of contact, elite on base ability, pitch recognition, developing power, and athleticism make Willy a nice player to bet on in fantasy.” He routinely had double-digit walk rates in the minors with a strikeout rate in the low-to-mid 20s. The ISO was in the .150 range.

It’s an arbitrary number, but I’ll use August 1st as the starting point. Since that date, Adames has had 40 plate appearances. The walk rate is 5%, strikeout rate is 17.5%, and ISO is .216. The BABIP is .448! Regression is coming, but how much? Throughout his professional career, he’s had an elevated BABIP number in the mid-.300s due to his speed, but all the projection systems have him down for a .310 number. Correspondingly, all the systems have him down for a .240-ish batting average. Do the math.

When I look at Adames’s current heater, the pitching staffs he went up against really stood out: LAA, CHW, BAL, and TOR.

Every player gets hot for a variety of factors, but the matchups definitely helped out Adames. The next 6 games are against the Yankees and Red Sox. Both teams have pitching staffs in the top 10 for both xFIP and strikeout percentage. After that, 13 of the remaining 38 games (34%) are against BOS, NYY, and CLE. The Indians are 4th-best in xFIP and 5th in strikeout percentage as a staff. To be fair, he does get to face off against TOR, TEX, OAK, BAL, and KC for 25 games. Let’s take a look at Adames from a more player specific level.

Even during the hot streak, the walk rate has been only 5%. For the season, it’s only 6.7%, a far cry from the double-digit levels he showed in the minors. The low strikeout rate was aided by the low strikeout staffs he has faced since the beginning of August. On the season, the rate is 30.9% with the projection systems having him down for a 26% rate rest of season. The swinging strike rate is 12.7% and overall contact rate is a modest 74.5%.

Maybe Adames has figured things out and is more comfortable, considering this is his third month playing in the majors. Not out of the realm of possibility, but I lean towards it being more a matchup than anything. He does have some juicy matchups left the rest of season, so he’s definitely a streaming option if you don’t give a F and SAGNOF. Just be aware that the next week will be brutal for him, so if you want him, just wait till after then. 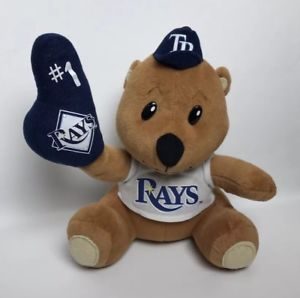 Remind me again which is good? Bull? Bear means bad?

@Bob: I can never remember…

@Son: I thought so. I think the issue is that one can be bullish, which makes me think it’s bad

@Bob: I understand. There’s also bull shit, which is bad, unless you’re into that particular gourmet.

Bull/Bear is a stock market analogy. Bull market goes up because the bull attacks up with its horns. Bear market down because bear attacks in a downward action with its claws

Adames or Mondesi? I leaned towards Adeleberto because he seems to be running more.

@Roger Anderson: I’d rather have Adames

Great article through and through. Will Willy find his zoo?

@Beers: Ha! Well done sir. As for your question…if he doesn’t then there will be plenty of boo hoos