Crime often pays because A) a product is obtained for free and sold at a markup (this can also include certain services as well) or B) a product or service is provided at an exhorbitant markup due to its illegal nature. It’s not all reward, though, as there are significant risks in these ventures, the most obvious coming from law enforcement. As a result, many of resources need to be allocated to stay one step ahead of the 5-0 in order to stay in business and flourish. Which brings me to Ramon Laureano of the Oakland Athletics, who has been a Top 40 player over the past month and the #4 player over the past seven days. Is this just a lucky streak or has he discovered something in order to stay out of fantasy jail and prosper?

Laureano is 24 years old, 5′ 11″ and 185 pounds. He was drafted by the Houston Astros in 2014 then traded to the Oakland Athletics in 2017. During his minor league career, he had a high of 14 home runs and 33 stolen bases. The strikeout rate was in the 21-26% range, while the walk rate fluctuated from 6% to as high as 14%. Despite the small stature, Laureano posted an ISO over .200 in two of the five minor league seasons, so he’s not just a light-hitting defensive wizard.

For the first month and a half, he delivered 3 home runs and 3 stolen bases, but with a 28.2% strikeout rate and .234 batting average. In May, the average spiked up to .285 while the strikeout rate ticked down to 26%. The BABIP was an inflated .362, so that month looks to be predicated on luck. For June, the BABIP came down to .277, but the average remained at .286. The strikeout rate crumbled to 17.6% while the counting stats were voluminous: 5 home runs, 12 runs, 16 RBI, and 4 stolen bases. When looking through all the data, there were two things that jumped out to me: increased aggressiveness and success against left-handed pitching.

During the first third of the season, Laureano was swinging at 62.1% of pitches in the strike zone and 44.8% of pitches in general. In May, those numbers increased to 67% and 50.1% respectively. For the month of June, they are at 74.2% and 52.7%. Correspondingly, the walk rate has gone from 6% to 4.8% to 3.8%. Can’t get a hit if you don’t swing the bat. Now, red flags usually goes up when I see trends like that, but while the chase rate has gone up 4-5%, that number is still below 36% and the swinging strike rate is in the 10-12% range. Adjustments will be coming from pitchers, so it will be interesting to see how Laureano adjusts, but what gives me some optimism is that this streak doesn’t feel like he’s selling out for power and just hacking away like Jim Duggan.

Throughout his major league career, Laureano has had more success against right-handed pitching. While he strikes out more against them, the career ISO and batting average are .087 and .041 higher than against left-handed pitching. During the streak over the past month, he’s had 27 out of 117 (23%) plate appearances against LHP: .385 average, .946 OPS, .154 ISO, and 11.1% strikeout rate. The BABIP is an elevated .409, though. I’ll side with the career numbers here and expect some regression against lefties.

Anyways, unfortunately, I don’t see the good times continuing. He will likely regress against lefties and the aggressiveness at the plate will probably be exploited by pitchers in the short term. Then it comes back to the good old adjust to the adjustments from the adjustments, which will lead to the A’s sending him back to the 7 and 8 holes in the lineup. Steamer has him projected for 10 home runs with 8 stolen bases and a .254 batting average the rest of the way. I think that’s fair. So, while I think Laureano won’t be able to continue his hot streak, I do think he will have some utility. Keep that in mind when you gawk at my verdict. 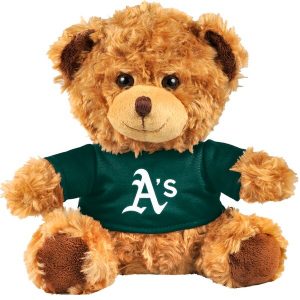 Thanks. And good patience by you. I read with interest your columns which helped me in hoops. I did not always follow your advice but liked the analytical approach. Won two of the last three crowns. Baseball is harder for me somehow. H2h leagues with 19 categories. Hard to be disciplined to your strategy. That and so many adjustments made by both hitters and pitchers. Chavis, Ramon, Riley, Franmil….all going through it. How they adjust to the adjustments is the key, right? Keep up the good work.

Thanks JC! You won your league by fading me. Brilliant! In whatever capacity I can serve, I will humbly do it.

Anyways, baseball is tough because of the variance and increased variables. I think the expression, which Rotowear has a fantastic shirt by the way, is….Process Over Results.

The Other JC
Reply to  Son

I absolutely used your advice. Went crazy in grabbing guys with minutes versus reputation in the finals. Cut Tobias for Sampson for example! Playing guys who are already out of the league LOL.

What makes it tough with a 24 man roster is that guys like McNeil actually have high appeal…ave, singles, low strikeouts etc. And guys like Myers can kill your Ks and Averahe although most would say Myers is the upside guy. That and deciding to go after both saves holds versus starters and punting one of the two, ugh. Gives me ulcers thinking about it. Plus only 7 pickups per week. So if you make a bad drop, you probably lost him for the year. Football is what I call the off season!! Set it and forget it

Nice! Yeah, with hoops, things are a little more straight forward. Minutes and usage are king.

Always do what is best in regards to your league settings. League does sound interesting.

The Other JC
Reply to  Son

Ha! True.
Murphy’s Law. I had such good pitching that I dealt Stras for Bryant and Wheeler for Albies (early). Now Carrasco has his blood issue and lost Blister Boy Hill too. Berrios getting a blister today was so frustrating. Yonny and Lucchesi have been good to me to backfill, but hard to count on them long term. Gonna be a streamer’s delight.

Good analysis. I have him and Myers as my last two. One has to go. Ramon or Wil hitting the bricks?

Word, always enjoy the write ups bro. And was that the most civil, thoughtful and diplomatic discussion about disagreeing perspectives that we’ve seen this year on the internet? Christ, you three might be up for a Nobel…

Have a great weekend bud.

Peace, love, and happiness. Don’t always have or exude them (primarily to me being a knuckle head), but try when I can.

Son, never anything personal, and I know you writers know that.
Since I retired 15 years ago, my fantasy baseball hobby has exploded.
Since there is absolutely nothing to watch on television, I watch a lot of baseball.
Laureano is 24, and along with Kiermaier and an aging LoCain, are the best defensive o.f.’s in the game.
He showed his promise last year, especially in the 2nd half. Started super slow this year, but has flipped the switch on may 1. Dude can rake, and has speed/ plus A’s seem to have figured out that he’s not a #8 hitter.
Not every o.f. is a Yelich or Trout, but thanks to Laureano and Kepler, my teams are doing very well. Wish I owned Laureano as much as I own Alonso, McNeil, Domingo, Gleyber (well I do Love Torres), Swanson, and Pederson.

All good 183. I don’t take things personal unless things get personal. I’m interested in hearing other perspectives, as it helps me to better understand and get a more complete picture. I’m not the sharpest tool in the shed, so I can always learn more. I hear what you are saying with Laureano, as I think he is a fine player and, as you mentioned, will play everyday due to his defensive prowess. I really like his relatively low swinging strike rate, but am a little weary of the low walk rate and increased swing rate. Bottom line, I see him regressing. A .260-ish player with 10/10 potential the rest of the way is valuable. I just don’t think he’s breaking out or will maintain the current heater that he’s on

Agree to disagree, Son. Btw, love the articles + razzball is the best at what it does. Kudos!!

I see Laureano as a comparable to Margot, who I also drafted in the later rounds. Both very buzzy in the preseason. I hit paydirt with Laureano and whiffed with Margot, who I’m starting to think is a lost cause. A pity, because they are the sort of players who can win you some money.

If we all thought the same things and looked upon the world the same way, then it’d sure be a boring ass world.

I’m glad you enjoy the articles. I enjoy writing them and….yes, Razzball (Grey) is the best in the world!

Laureano has a bit more power, but the Margot comp is a good one.

Both you and 183 are correct in the sense that the value has been tremendous for Laureano.

Couldn’t disagree more strongly. Wish you were in any of my leagues.

I have no problems with that. We all have different opinions and perspectives. What exactly do you disagree with? Maybe you can talk me to the other side

Agree with 183. Laureano will play everyday, which will give his stats more volume. I’ve had him all year, and the past two months he has been a joy. He could be top 75 at year’s end, and I think that’s being conservative.

Within the range of outcomes for sure. In addition, he’s young so I realize that he may have figured things out. With that said, I never said that he’d get benched or fall off the face of the planet. I wrote that he will continue to provide value. I just think he regresses primarily due to his aggressiveness, which I think pitchers will begin to exploit.

Btw, compare Betts and Laureano to date. Consider their line ups and where they’ve been hitting. If Laureano had been hitting 1st or 2nd , I’d say his stats would be identical, if not even more runs that overrated Mookie. All other cats are equal. Betts went 2nd OA. Laureano went 190. haha

Counting stats are similar, but the profiles are vastly different. Laureano is near his ceiling while Betts is at his floor. And I don’t think that is Lineup/team dependent

Yes, we all would rather have Betts. But 13-15 rounds later……c’mon…1/2 a season gone by. Betts over performed last year. Laureano didn’t.

For sure, the value and production has been great for Laureano,.

While Betts overperformed in certain areas, 30/30 with the chance for more is his ceiling. Laureano probably tops out at 20/20, which is Betts’s floor. As for profiles, Betts is a much more patient hitter, will take his walks, and rarely misses when he swings. He has few holes, while Laureano has many.

Like I said, I like Laureano and think he provides value. I just don’t think he’s as good as he is right now.