Last season, Gary Sanchez clubbed 33 home runs with a .278/.345/.531 slash. As a result, fantasy players were drafting Sanchez with the 34th pick on average. Cue the Grey cackle. What What???!!! When our mustached leader descended from the peak of Mt. Tout, he read these words from the tablet that was being carried in the hand that wasn’t holding his boba drink: Thou shall not draft catchers early. Now, I know there are sinners among you. It’s ok. We are not perfect beings and many of us succumb to temptations. What’s done is done. That’s right. Not only did you sin, but you’ve been experiencing a Dirty Sanchez up to this point, as Gary is batting .190/.291/.430. What to do? What to do?

My first reaction was to think that Sanchez was just swinging for the fences. Makes sense, especially when the launch angle data shows an increase from 14.6 to 13.2 the prior year. But then I had a change of heart. I think part of the problem is a timing issue. Getting under balls and popping them up. As a result, fewer balls driven into the gaps. The other part, though, seems to be a bigger issue. For the first two years of Sanchez’s major league career, teams were employing the shift against him 25.4% and 27.5% of the time. This season? 39.9%! All those ground balls that were getting through, are now being gobbled up. That .197 BABIP may not be so unlucky after all.

With that said, a .197 BABIP is just ridiculous. Sanchez will get his timing back and start hitting more line drives. The .240 ISO is legit, so he will likely end up with around 30 home runs. Just don’t expect anything close to a .278 batting average. 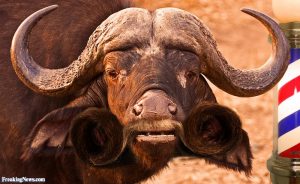 Enjoy your reports, very informative, thanks. Would I be way outside the box for the suggestion I’m about to inquire about? Stanton is hitting below 200 v RHP and at home. Why would I start him v RHP? At home? Not the craziest of ideas. Certainly goes against the grain but Stanton looks like he’s lost in the deep end of the pool here in the AL.

@Chucky: Thanks Chucky! Not crazy at all. Just realize that you will be leaving production on the table if you try and time the Stanton market.

@Chucky: True, but you know that Stanton is a super streaky player. And if/when he gets hot…..The upside is immense. If you don’t believe, you can still probably get value for him

Technically, I was double-fisting two boba drinks, but I get your meaning!

@Grey: Ha! Twice more than me!

@Cable: Soto for me

Could you share some fantasy wisdom? How do you rank Hangier, McCutchen, Merrifield, and Meadows ROS?

I am mulling a trade possibility where I would send my McCutchen and Wacha for his Merrifield and Treinen. I currently have Kinsler at 2B. I’ve been hesitant to move forward since McCutchen and Kinsler have started to heat up recently while Merrifield has been meh. I have Haniger and Meadows as well, but since Hangier’s been cold for a while now (the K:BB ratio has been hurting him in my league), I’m trying to predict if I’ll come out ahead with this deal, i.e. if Haniger and Merrifield will be solid moving forward.

Thanks for any insights!

Lmao rofl great title and article! Gary is as good as it gets for buy lows right now. I havent tried trading for him so i dont know what asking price looks like

@Rudboy: Ha! Thanks! I figure asking price would be high because draft capital was

I love me some Gary (Yanks fan), but the funny thing is you could swap our Gary’s name for Salvador Perez!

Babip is low, power is there, peripherals look good, his IFFB & HardHit rates are even better than Gary’s. Salvy even missed the first month and their numbers are within spitting distance!

If someone’s looking for a buy-low catcher I’d suggest Salvy over Gary.