On August 1, 2018, the National Hurricane Center began tracking a storm off the coast of Oakland. Residents did not flock to Costco to stockpile supplies or board up their windows in preparation, even though it was classified as a Category 1 hurricane. Granted, the residents don’t even flock to Alameda Colisuem on a good day. On August 3, 2018, “El Laureano” made landfall. It got a knock and drove in some runs, but mostly struck out. It languished in the Bay Area for a few weeks, but then started getting stronger. Exhibiting power. Causing an excitement that engulfed the area like a blanket of fog. Then BOOM, BAM, POW! “El Laureano” aka Ramon Laureano now has a .280/.321/.480 slash with 3 home runs and 3 stolen bases. What to make of this tropical force?

Ramon Laureano is a 24-year-old outfielder from the Domincan Republic. He is 5′ 11,” 185 pounds and bats from the right side of the plate. Laureano was drafted by the Houston Astros in the 16th round of the 2014 MLB Draft. In 2017, he was traded to the Oakland Athletics. You all probably know him for this, though:

Anyways, the power/speed combo is lovely. While in the Astros minor league system, Laureano went at least 10/10 in three of five seasons, with a high of 15 home runs and 43 stolen bases in 2016. He had also exhibited good plate discipline, as the walk rate was routinely in the double digits, strike out rate was in the low-20% range, and OBP was often approaching .400. Last season in Triple-A, Laureano went 14/11 with a 10.9% walk rate, 24.6% strikeout rate, .380 OBP, and .228 ISO. Very nice indeed.

So far in 53 plate appearances this season in the majors, Laureano has a 5.7% walk rate, 32.1% strikeout rate, .321 OBP, and .200 ISO. Walks are low and strikeouts are high, but that’s to be expected in a player’s first stint in the bigs. The 27.3% line drive rate is nice and the 54.5% hard contact rate is B. U. T. Ful. The ground ball of rate of 45.5% isn’t great, but the gophers aren’t mounting up for a resistance. At least not yet. The swinging strike rate of 15% and overall contact rate of 66.7% are the numbers that really give me some concern, though. See ball, hit ball. Simple, but not effective if one cannot hit ball.

I was going to dismiss him like the residents of Oakland when the Category 1 warning was issued, but I have nothing better to do with my life so I dug a little more. The chase rate of 30.1% isn’t bad, so Laureano isn’t just flailing away like kids at a pinata. In addition, the overall swing rate is only 43.1%. For persepective, Joe Mauer leads the league with a 34.6% rate, while Javier Baez is at the other end of the spectrum with a 60.1% rate. Now, while the overall contact rate is at 66.7%, the contact rate inside the strike zone is 88%, while the O-contact percentage is only 32.3%. I think it’s just a matter of pitch recognition and the elevated repertoire of major league pitchers. As he gets more plate appearances, I could see those numbers improving rather dramatically.

Since getting the call up, Laureano has started 13 of 18 games. It’s the A’s, but the power/speed combo is not something you find readily on the wire. Especially one that has exhibited good OBP and plate discipline skills in the minors. 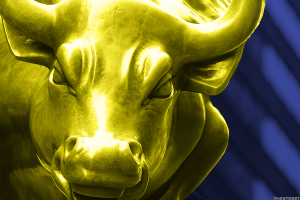