Billy Hamilton of the Cincinnati Reds is in fact Billy R. Hamilton. I’m going to assume the R stands for Ray, as my internet sleuthing skills could not uncover this greatest of mysteries. Billy Ray Valentine is one of my favorite characters from one of my favorite movies: Trading Places. The similarities between the two Billy Rays are obvious. There was a time when both could not walk. Getting to third base? Couldn’t even get to first. Both are quick….witted for Valentine and twitched for Hamilton. Finally, luck has played a big part for both. Valentine got picked for the “experiment” while Hamilton is so fast that people just see a blur when looking at his batting stats. Since the beginning of July, though, Hamilton is batting .409, has stolen 6 bases, and has a 11.5% strikeout rate in 26 plate appearances. Will we get another Billy Ray happy ending?

I could write off everything to the insane .450 BABIP and .462 OBP, but here’s something I learned from spending all weekend with my kids: question everything, even after the answer has been given.

The one question that kept looping in my head was, “Why the 11.5% strikeout rate?” For the season, that number is 26.4% and Hamilton has a 20.2% career rate. Better plate discipline? More mature approach? It’s probably just noise in a small sample size, but I’m here already, so I’ll take a look. The swinging strike rate has remained in the 10% range, but the contact rates are up across the board. He’s also swinging at fewer pitches outside the zone, while swinging at more pitches in general. Translation – a more selective, yet aggressive approach.

But why the change?

There was talk about Hamilton stopping switch hitting, but that’s not it. Has the proverbial “it” clicked? Hamilton is 27 years old and has played in the majors for six years. I have my doubts.

How about pitch selection?

The chart below shows the whiff% (courtesy of baseballsavant.com) for three different pitch types since 2013.

Hamilton whiffs the fewest on fastballs, yet pitchers throw him one around 65% of the time. It makes sense on a couple of levels. First off, pitchers do not want to give a free pass to Hamilton. Plus, there is little fear of Hamilton slugging one over the fence. I could not find data for first-pitch fastballs thrown to a player, but I’d assume that most of the first pitches to Hamilton are indeed of the fastball variety. If one of you can lead me to that data, I’d be very grateful. Anyways, that’s probably why the fastball thrown percentage is so high.

Now, take a look at the chart for types of pitches thrown (courtesy of Brooksbaseball.com) for each month this season.

The welfare mechanism was once described to me like this. When the people are clammoring, those in power will open the spigots to appease the masses. When the people are closer to bliss, the spigots are tightened. It’s an oversimplification and describes many things in life, but I feel it’s spot on for Billy Ray Hamilton. Fastballs are thrown to him because he sucks at hitting the baseball. Rather than risk getting cute and issuing a walk, pitchers challenge him. Now that he’s hot, I have a not-so-sneaky suspicion that he’s going to start seeing more breaking and offspeed stuff, which will bring him back to his flailing ways and place him on the cusp of quitting the whole switch hitting thing….again. Now, Billy Ray will still end up with 40 stolen bases on the season, so he will always have a modium of value, but the only thing that would make me a true believer is if he eradicated launch angle from his game and learned how to bounce a pitch off home plate so that it went straight into the air. 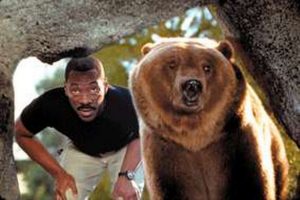