I was born in the good ole’ US of A, but my parents immigrated in the 1970s. They were educated and relatively liberal, so I was not deeply rooted in Korean culture, which has huge Confucianism influences. One of which is that age determines the level of respect you receive in society. The basic thought is that someone who is older probably has more wisdom. Therefore, some semblance of order is established in society and older people will act in accordance because there are those that look up to them. The issue is that some game the system and, as Aaliyah so eloquently sang, “Age Ain’t Nothing But a Number.” A dude once stepped up to me and told me to respect him because he was a few months older than me. GTFOH. I will not bow down and hail someone just because of their age. Respect needs to be earned. Which brings me to Avisail Garcia of the Tampa Bay Rays, who has been the 13th-best hitter over the past week and is the 86th overall player on the Razzball Player Rater currently. All Hail Avisail?

The BABIP is high at .339, so expect the batting average to come down to the .260-ish range. He’s never been a high walk guy (currently 6.5% rate) and the strikeout rate is a manageable 22.6%, which is crazy because he has a 19.4% swinging strike rate and chases 40.3% of pitches outside the strike zone! For perspective, the swinging strike rate is the 2nd-worst in all of baseball and he’s top 15 in chase rate. I usually shun these type of players, but I’ve been expanding that pea brain of mine.

Here’s why. Javier Baez and Adalberto Mondesi both have high swinging strike and chase rates. Baez is the 18th overall player on the Razzball Player Rater, while Mondesi is 8th. In addition, the player that has a higher swinging strike rate than Garcia is none other than teammate, Brandon Lowe. Which brings me to this important point….the game has changed (defensive shifts, juiced balls, and pitcher specialists). As a result, new strategies have surfaced or resurfaced, depending on how you look at things.

A few years ago, the Rays changed their offensive philosophy from wearing out pitchers and grinding at-bats to go big or go home. As Thomas Bassinger of the Tampa Bay Times wrote back in 2017, “Swing early, swing often and swing hard.”

This is Garcia’s first season with the Rays and gives me optimism for his future outlook because of the overall organizational philosophy towards hitting. The hard hit rate (44.5%), launch angle (10.5), and barrel rate (14.6%) are all at career highs!

He’s also not getting platooned. Against LHP, Garcia is often batting lead off, while against RHP, he’s hitting fourth or fifth in the batting order. The cherry on top is that the Rays are letting him run, as he could end up with over 10 stolen bases on the season. 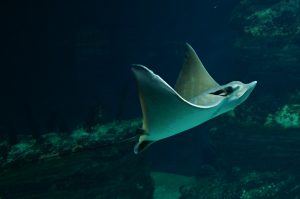 Picture of a BULL RAY