The Phillies had a ton of hype going into the 2018-19 season after the big Bryce Harper signing and they were rather disappointing. Expectations are usually too high when a big club adds a superstar player though and it makes them an interesting team this season. While they didn’t make a ton of moves, this is a roster who’s plenty capable of competing with anyone and they’re certainly a team to keep an eye on. With that in mind, let’s take a look at their numbers from last season. 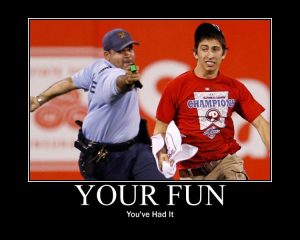 This is a weird thing to say because it’s a subjective statement but it’s hard to argue with the fact that the Phillies are full of powerful potential. It would be one thing to have Bryce Harper and Aaron Nola run the show but it doesn’t even take into consideration potential All-Stars like J.T. Realmuto and Rhys Hoskins. That pairs beautifully with steady veterans like Andrew McCutchen, Jean Segura, Didi Gregorious and Jake Arrieta and we can’t overlook the ace potential of a youngster like Zack Wheeler either. To say this is one of the most talented teams in the NL is a drastic understatement and they certainly have the capability to make a deep run if everything clicks the way Philly fans hope.

Bullpen and Back of Rotation

While the Phillies are full of great players, they could find themselves in trouble late in games. Hector Neris certainly has the capability to be an elite closer but who knows if they can get the ball to him without blowing it. Seranthony Dominguez looked like a star in the making but he’ll miss this season to grab some Tommy John surgery. That’s a lengthy recovery and it’s leaving guys like Jose Alvarez, Adam Morgan, Nick Pivetta and Victor Arano in big situations.

That means unproven pitchers who have a propensity to get blown up have to be slung into high-leverage situations and it could cost this team some games. That looks even worse with Zach Eflin and Vince Velasquez at the back of the rotation, with Velasquez struggling to go deep into games and Eflin posting a 1.35 WHIP and 7.1 K/9 last season. I would be less worried if Spencer Howard found his way into the rotation but he’s an unknown commodity is his own right.

This is more of a bounce-back pick rather than a sleeper but Hoskins is quite the steal in fantasy drafts this season. The big first baseman is currently the 116th player off the board and that’s silly for someone with this sort of potential. We’re talking about a player who had 45 doubles, 52 homers and 144 RBI in his first 203 career games across 2017-18. That’s the prospect stud we expected to see and a .226 average last season has the doubters running for the hills.

He still provided 33 doubles, 28 homers and 85 RBI though while posting a .364 OBP in that “down” season. That looks even better behind his 46.2 percent hard-hit rate from last year and a .255 career ISO. This dude literally has 40-homer, 120-RBI and a .400 OBP potential which would make him one of the best bargains out there.

I also think Andrew McCutchen is a nice value around pick 200 in fantasy drafts after a full year off. He has 25-15 capability atop this potent lineup and that alone makes him worth a shot at this dirt-cheap price tag.

I’m kind of sick of all the Wheeler hype. This is a guy who’s had one good season and people are treating him like a borderline ace. Before posting a 3.31 ERA and 1.12 WHIP in 2017-18, Wheeler had a 3.90 ERA and 1.40 WHIP across his first three seasons. That’s more on par with his 3.96 ERA and 1.26 WHIP last season and we can’t overlook the fact that he did all of this in Citi Field. The Mets have the most pitcher-friendly park in baseball in that same span and it’s scary to think that Wheeler won’t get the benefit of that spacious ballpark anymore. His 112-ADP tells us that many people are overlooking his flaws and it’s very possible that Wheeler could become waiver wire fodder if we see him perform as he did in four of his five seasons in the Majors.

This Phillies team was slightly disappointing last season but they could be a sneaky contender this year. Whenever you see professional sports teams bring in a superstar player and then steadily build around them, it’s usually the second year that the pie starts tasting better. That’s where we are here with Philly and it’s encouraging that they added guys like Gregorius and Wheeler while getting McCutchen’s leadership back into the lineup. Adding Joe Girardi as their manager is an encouraging development too and nobody should count this team out in the NL with so much talent and potential. Not to mention, the Phillie Phanatic is the weirdest mascot in baseball and his silly antics will surely throw off at least one opposing pitcher. 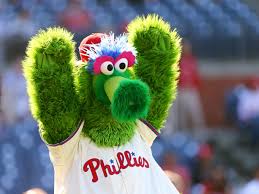 Kingery has gotten jerked around since he was 2st called up. I’ll give him a mulligan, with Girardon board, and with Didi teaching him the ropes.
You not getting Kingery late and he won’t be on any of your teams. He’s starting and will have s year where you won’t regret drafting him around 150.

Thoughts on Scott Kingery? Grey embraces him as a #131 contributor in all 5 categories. Rudy G. only sees Kingery as worth $1.30. I like him as a Fantasy infielder with multiple position eligibility. What sayeth ye?

I think hes a solid bench guy that you can fill in with multi position eligibility. I do think he’ll be near the bottom of this order though n could be out of work if he struggles. I think hes worth taking a risk on late though if he falls

Eflin seems to be the #4 I think….like it matters.

#5 seems to go down between Pivetta and Valasquez.

Anything in Pivetta’s profile says he’s ready to put it together. He was a sleeper last year for many.

I do own Eflin. Any velocity jump this spring?

I have no clue between Velasquez and Pivetta. I’ve always seemed to like VV for whatever reason but that’s just a silly bias because of a ridiculous few starts he has early in his career. I havent seen anything about Eflin but I cant imagine he pitched more than 4-5 ramp up innings so it would be hard to imagine any jump. This backend is def worth monitoring tho

You sure nailed it Joey. With the exception of Nola and Neris, their pitching is awful. Cutch was a big loss when he went down last year and they never seemed to get over it. All bets are off if we end up with a shortened season because anything would then be possible but this team does little to inspire me.

Thanks man. I actually really think this team can be good. They have the sort of players that play with swag. That makes me believe they’ll either play with confidence n win their division or perform like they did last year n miss altogether with lackluster play

Couldn’t have said it better!

Thanks for reading Baby Seal!