When picking what teams to write about, the Reds were one of the teams that really intrigued me. I really feel like this is going to be a sneaky team in the NL and they could be a team to watch out for late in the season. Developing their pitching staff and adding some hitters in the offseason has made this a really dangerous squad and there’s a lot for Cincinnati fans to get excited about. With that in mind, let’s take a look at their 2019 stats!

If you’d like to see more team previews or some of my other work at Razzball, click here!

The Reds have a really impressive pitching staff. If Trevor Bauer can return to the form that made him a Cy Young contender in 2018, this could be one of the best 1-2-3 starters in the NL. Anthony DeSclafani and Wade Miley aren’t too shabby themselves at the four and five spots and it doesn’t even take into consideration talented relievers like Rasiel Iglesias, Michael Lorenzen and Amir Garrett.

There’s really not a whole lot of weaknesses when you look at this deep pitching staff and talented lineup. The only concerning aspect of the Reds is the fact that they don’t have a single guy in their lineup who had more than five steals last season. It will make them a bit stagnant on the basepaths but adding Shogo Akiyama atop the order will hopefully help add some much-needed flow around the pillows. Not having speed in this environment isn’t a big deal though either and it says a lot about how good this team could be in all facets.

I hate to call him a sleeper pick but Moose is ending up on almost all of my teams. The reason for that is because he’s going around pick 100 which simply makes no sense to me. We’re talking about a guy who’s a near guarantee for 30-35 homers and 80-100 RBI. That would be attractive enough at this price but getting him with second base eligibility makes him one of the best values on the board. If you can get 35 homers and 90 RBI out of your second baseman with the 100th pick in the draft, you’re already ahead of most of your league.

Bauer is currently going in the top-80 in drafts. While I don’t necessarily think that’s terrible, it’s too high for someone like this. We’re talking about a pitcher who posted a 4.48 ERA and 1.25 WHIP last season. The 2.21 ERA and 1.09 WHIP in 2018 actually appears to be the outlier too, with Bauer posting a 4.36 ERA and 1.36 WHIP in his first six seasons. That means he’s a 4.50 ERA and 1.35 WHIP pitcher in seven of his eight seasons and that’s certainly not worth a top-80 pick despite the impressive strikeout stuff. 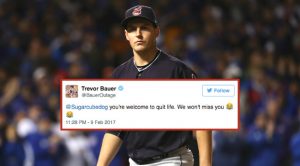 I really like this team! This is easily one of the most talented rosters in baseball and they’re in a division that’s up for grabs. This pitching staff and impressive top-6 in the lineup have them in a great spot to succeed and they’re a darkhorse of mine to reach the postseason. If Joey Votto can somehow recapture his MVP form, this is probably the best team in the NL Central.