“I came here to chew bubble gum and kick ass, and I’m all out of bubble gum” – Roddy Piper They Live 1988

Yesterday I was going along my normal Friday routine, flexing my muscles, examining my abdominal muscles in the bathroom mirror between spurts of actual work. Then as I returned home I was met with the worst news I had received since Robert Goddell handed down an absurd decision over an overblown equipment violation which was the worst news I had received since my Aunt Angie was stricken with blindness after a failed attempt to scale the English channel in a paddle-boat. What is this news pray-tell why it’s the sudden death of all-time wrestling heel Rowdy Roddy Piper. Mr. Piper was a king of the good old days of wrestling and took on that brutal racist Hulk Hogan. Just watch this clip and tell me that Roddy wasn’t a beacon of hope and a voice for equality in a wilderness of prejudice and discrimination. In an era when wrestling was wrestling and Saturday mornings were dedicated to you watching it. Roddy was the heel’s heel. Well in the tradition of honoring awesome shizz from my 80’s – early 90’s childhood I dedicate this week’s theme to 80 wrestlers!! Oh crap I did that a few weeks ago…..Ahhhh…Well this is awkward….. Well then how about Scottish Stuff? Works right….. I’m writing this from the past so if the new Dr. Dre album did actually drop today, then let’s celebrate in the comments….. Two Start Pitchers, Week 18. 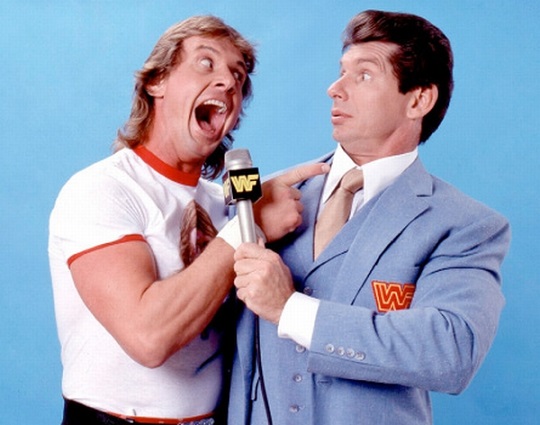 Scottish Rage (Aces) – Ever wonder why you never fight a Scotsman? Ummmmm Scottish rage obviously, there’s a reason Roddy was so Rowdy and it was the rage gentleman and four ladies. These are the major dudes you start these guys.

Scotch (Good Starts) – If I could sit and drink Johnny Walker Blue Label all day, or any other high end scotch for that matter, I would be constantly drunk and probably dead by 40. It would be fun though. Couple of quick points I really like Tyson Ross this week, two good matchups and he’s out pitched his peripherals all season…. Bartolo Colon and Tom Koehler are both solid starts this week due to cushy opposition. Funny because Colon and Koehler fit together like hand and glove. You know what I mean? That’s a poop joke….. Jesse Chavez gets tough matchups nut his home numbers are stellar, so I say roll the dice on ’em.

Golf (Why Can’t I Sit You) – I often ask myself why can’t I quit golfing? I hate it. It frustrates me. I’m awful at it. But 5 hours of drinking in nature and driving around in carts on little roads is pretty great. You should know the drill by now, these guys aren’t bad but they should be avoided this week if you have the fortitude.

Kilts (One Good Start/ One Bad Start) – On one hand you have to be a badass to pull off a kilt. On the other it’s still a longer male version of a Catholic school girl skirt. Only men with Mason-like calfs can pull off a kilt, otherwise you just look like the boss’ errand boy. Matt Cain should probably be in the good starts but I don’t trust him but wouldn’t avoid him either.

Haggis (Avoid These Starts) – You know I actually don’t mind haggis that much but some people hate it. We all know that everything Scottish is awesome so we had to reach to find an avoid.

As always these guys could be maimed while playing tether-ball with the big kid on the playground and miss their starts. They might have also drafted Matt Kemp over Dallas Keuchel in a points league and now can’t look at themselves in the mirror. Yes that last one was an inside joke.