Back in the preseason, we launched a new method for rating players called Point Shares. The objective was to create a methodology that converts player’s projected or real stats into a metric that would allow for easy comparisons across players. The metric we settled on is deceptively powerful – Roto points.

Assuming you have a completely average team (55 points in a 5×5 10 team league), each player’s point shares reflect how many points they would add/subtract from your team’s totals if they replaced the average stat projections at that position. For example, if you swapped out an average team’s 1B (Mark Teixeira, David Ortiz) with Lance Berkman, they would increase from 55 points to an estimated 67.5 points. Point Shares also allow for basic trade comparisons (add the points of each side) and assessing your team vs. others (just add up the points and add to 55).

Seeing that we’re 2 months into the season, we thought it was a good time to update our Point Shares rankings – in this case, it is based solely on actual stats through June 8, 2008. So this is more comparable to the ESPN Player Rater vs. ESPN’s player rankings or Yahoo’s Big Board. Except better. (Not saying there aren’t flaws in ours but, c’mon, Ichiro is #17 among all players with a .290/43/3/17/26? At OF?) 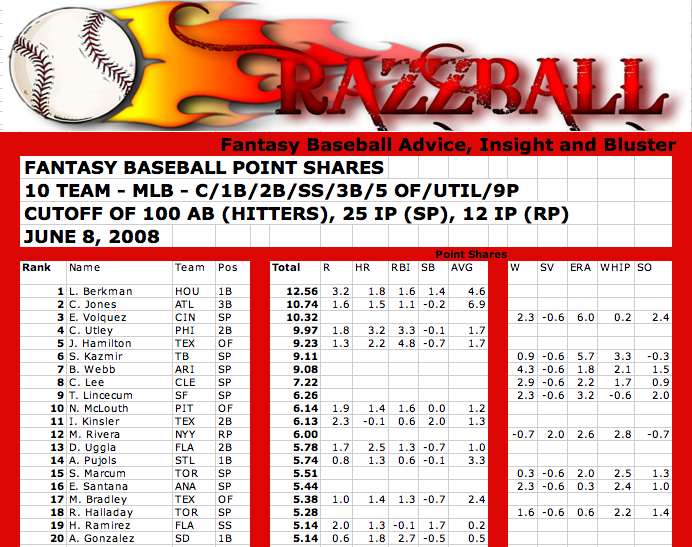 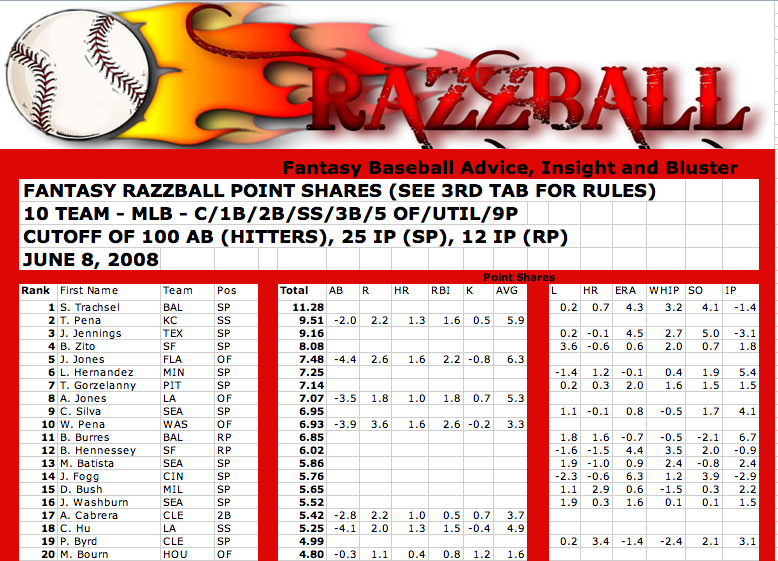