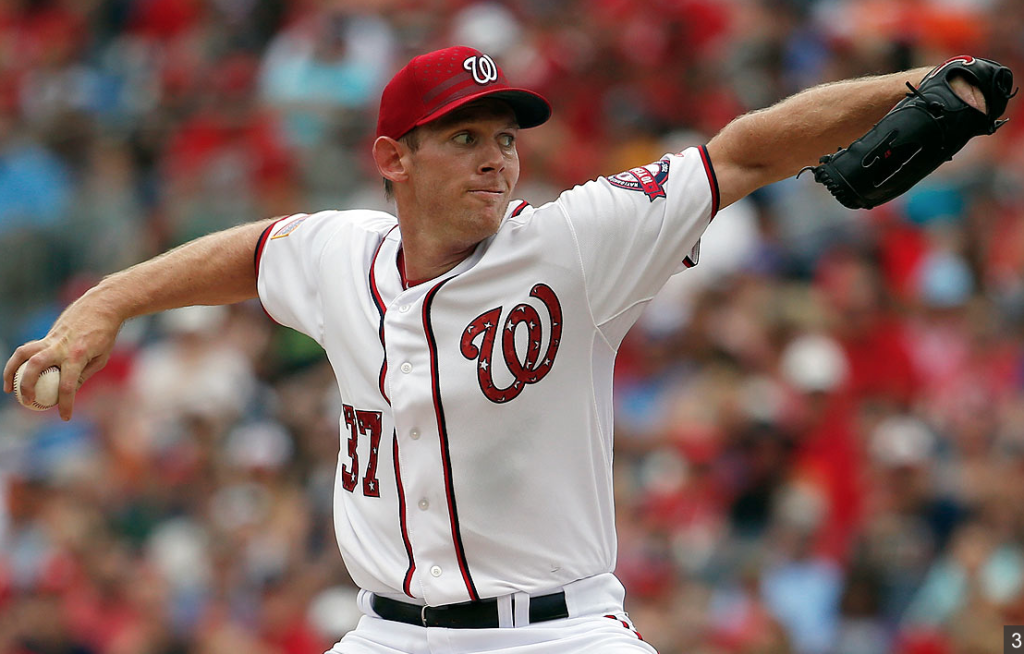 I picked up Shin-Soo Choo about three weeks ago. In the last three weeks only Adrian Beltre has scored more points. Boy am I glad I hopped aboard the Choo Choo Express as his 83 points we certainly welcomed in the playoffs.

Another guy I picked up for the playoff run was Francisco Lindor. During the same three weeks he was top six point scorer with 76 points. Mike Trout had 75.

I think the batter that was most crucial to my season long and playoff success was A.J. Pollock. Considering I drafted him in the 16th round, I’d say I more than got my monies worth. With 19 home runs, he is just one homer shy of the 20-30 club. Pollock currently has 479 fantasy points which is good enough for tenth best among all hitters. To put that into perspective, he outpointed Andrew McCutchen, Edwin Encarnacion, Jose Altuve, Michael Brantley and even Yoenis Cespedes. Knock knock. Who’s there. A.J. Pollock…

I certainly am glad that I followed my own advice and drafted Buster Posey in the third round. With 448 points he scored 114 more points than the next catcher (Evan Gattis). That’s a big win at a position. The next biggest gap between the top two players at a given position is 45 points at third base. Josh Donaldson has 542 and Nolan Arenado has 497.

Even though he did his best to sabotage my championship efforts in the final week by posting negative points, I’d be kidding myself if I didn’t think that Trevor Rosenthal‘s 48 saves and 496 points didn’t player a large part in getting me to the finals. And taking a shot on an injured Kenley Jansen and his degraded ADP sure didn’t hurt either. Once he was back, these two packed quite the 1-2 punch, helping me rack up points from the RP spots.

I’d really love to see Zach Greinke win the NL Cy Young, but I actually think Jake Arrieta might have done enough to slip past him in the final month of the season. The two have been outstanding. The difference. I own Greinke and he has been my ace, leading my team with 713 points. His points per start of 23 was only bested by Arrieta (23.625) and, of course, Clayton Kershaw (24.75). Greinke was one of my five keepers coming into the season and he will be one next. I really hope he re-signs with the Dodgers.

I made three trades this season. In the first I traded Gio Gonzalez and Alex Guerrero for Cole Hamels early in the season. Considering, among many other obvious factors, that Hamels is a potential keeper I think I won that trade. In the second trade I traded away Lorenzo Cain and Rusney Castillo for Jason Kipnis. On paper it looked great. I had an abundance of outfielders and Howie Kendrick at second. Shortly after the trade Kipnis disappeared and Cain soared. And finally, the big deal. Carlos Martinez and Kris Bryant for Gerrit Cole. We can only keep five players and neither CarMart nor Bryant were going to be on those five. Gerrit Cole is a keeper.

This season will mark the end of a four year relationship between Troy Tulowitzki and myself. His keeper spot will now be occupied by Gerrit Cole. I’d like to say Tulo and I had a good run, but his abundance of injuries really make that a difficult statement to say. Aside from 2011 when he hit 30 home runs and scored 485 points, every season afterwards has fallen short of expectations. Unless, of course, you expected the inevitable injuries. This year he ended with 288 points and a mediocre 0.5475 PPPA. Among shortstops that PPPA was ninth. Among all hitters he finished 121st. It’s a sad day in fantasy baseball points leagues, but the truth is that Troy is no longer the goto shortstop.

In related news I heard that Michael Morse and Marcell Ozuna got work in the offseason filming a new Geico commercial. It’s so easy a caveman can do it!

I wonder how many of these players were on championship teams. I had Hosmer, Lind and Morales. Well folks, that about wraps up my coverage of fantasy baseball points league for this season. I’d like to thank those of you that took the time to read my posts and participate in the comments section. Hopefully if there is enough demand I will be back next season. Best of luck in your offseason endeavors. Check ya later!