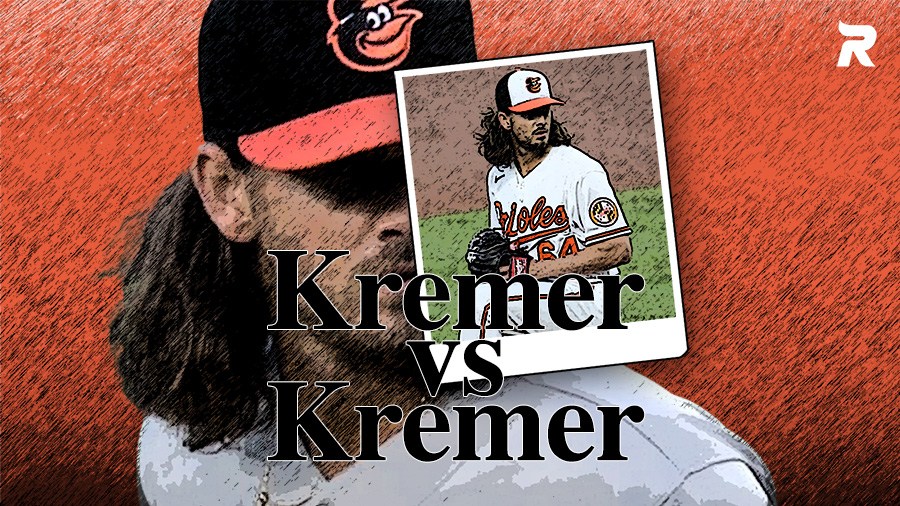 Today is a big milestone for me, this is my 100th article written at Razzball. Mindblown emoji. Have I really been here that long? Where has the time gone? It wasn’t so long ago I was just a humble reader with an eye for analysis and now look at me. I’ve gotten to know so many people in the industry and the commentors over this time, and I gotta say: I know half of you half as well as I should like, and like half of you half as well as you deserve. I kid. Maybe. The important thing is, it is never wrong to celebrate a milestone as you can always look back on the progress you’ve made (hopefully, or learn from what you haven’t). Sure I’ve had my share of takes, and TAEKS, but you gotta expose yourself to a little risk or you never grow and learn anything. I can say soundly that I know more today than I did one hundred articles ago. I understand more about baseball, I’ve developed better processes, and I’ve expanded my statistical tolerance.

Perhaps the greatest gift of this time that Grey has given me has been a deepening of my love for the game of baseball. 3 years ago I did not understand the finer points of seam-shifted wake, pitch tunneling, and the delicate relationship between active spin and gyro spin. But here I am spouting this stuff off while I drink my coffee like I’m a senior fellow at some scientific think tank. Anyway… as my love for the game through understanding has grown, I hope it has grown in you too. Yes, I write with a fantasy spin; but more than anything, I always write about baseball because I want to talk about something that a player is doing that I find fascinating and interesting… and I hope that you will find it the same.

Which is my really long lead-in to talk about Dean Kremer *cue the laugh track*. No really! The five of you that are still with me (one of which being Grey, hi boss), Kremer is an unheralded pitcher on the Orioles who doesn’t possess any elite skills; hell, he was even sent down last year after getting brutalized in the majors and then finished the season underwhelmingly at AAA. Yet something is different about him now towards the end of the season, and, he’s finding success against the big dogs in the AL East. Whether it’s a newfound skill or luck, THAT is something worth talking about.

What makes Dean Kremer interesting now in September? Success. He’s found a path to success. The most interesting thing about professional sports (and life) is that everyone’s path to success is different. And at the same time, everyone’s path has varying levels of risk tolerance by virtue of their own skills or by their ability to abate their lack of skills. Translation: some pitchers get by on deception and soft contact.

So the first stop on this journey is to show you the surface numbers and a couple of the performance metrics to illustrate the contrast. Old Kremer and new Kremer. As I sometimes do, I have highlighted the important stuff for you (daddy’s got you, boo). What stands out to you the most? Sure his ERA, but as we know that’s a byproduct. The biggest thing that’s changed for him is the walks. His BB/9 has dropped north of four to two, effectively cutting it in half. If any pitcher does that, especially ones without elite pitches, that is a big deal. Taking runners off the bases is always a good thing, especially when it’s ones that didn’t “earn” their way on by virtue of contact roulette. Fewer walks mean you are hurting yourself less (duh).

The second thing that stands out is his HR/9 has mostly disappeared. Whether it is luck or skill deserves further inspection, but the results on their own merit are worthy of note. Fewer runners on the bases and fewer home runs bringing them home is a really good way to improve as a pitcher. Obviously, that’s the biggest reason for his improved ERA, fewer home runs. Now we are beginning to see a story develop, less balls and less boom boom. That begins to paint a portrait of improved command since the most common cause for home runs is mistake pitches: too many drifting over the center of the plate.

One thing that I periodically remember is that simple illustrations can often get the point across easier. Sure pretty graphics look fancy and impressive. But the basics are often just as good for making your point. Like this one. This year, Dean Kremer is throwing more strikes. That’s the easiest/simplest way to not walk batters, make them swing the stick or get called out. Full stop. Now that then begs the question, why is he not getting blasted like the year prior?

The next thing I usually look to is pitch mix. Usually, when a pitcher has improved they have changed their approach, i.e. their pitch selection and mix that they offer to the batter. As has been the case with many pitchers, they find out certain pitches don’t work well (they suck) and decide to throw them less, or find ways to make them suck less (hiding them) by pairing them with ones that work better. Dean Kremer is not an exception. Last year, his fastball was featured an obscene 55.7% of the time. His fastball was not good. In fact, it was worse than not good; it was terrible. This year he is throwing it much less, down to 36.9%; and as you see, he is throwing his cutter and changeup more. This is quite intentional.

Last year, his fastball was destroyed to the tune of a .290 BA and .581 SLG, and, he largely deserved it. As I said, his fastball was not good. It’s only slightly above average in movement and his velocity was a very unimpressive 92.6 mph. Just under the magic threshold for when velocity and movement have an added side-effect on batter decision making. Kremer to this point doesn’t bring anything else to the table like a sweeping slider or mixing up release point/speeds like Nestor Cortes, so he was in need of something else to boost his effectiveness. So he dialed back his fastball and increased both the cutter and changeup.

His cutter has above-average “cut”, or horizontal movement. 2.3 inches more than the MLB average. And, as of this year, his changeup (also seeing increased use) has now gained some additional drop making it 6 more inches than the MLB average. So the 2 pitches used most with his fastball now have greater and more differing movement. The kicker to this all, which I snuck past above, is his bump in velocity. His fastball now sits above the 93 mark at 93.5, bingo. The bump in velocity, plus the increased movement, and using your worst pitch less, all working together to keep batters guessing more is producing better results.

We already know he’s walking batters less, check. That is giving him a better K-BB ratio. While he’s not striking out more batters with his improved pitches, he is suppressing AVG more and stranding more runners (less home runs helps). The key there is nearly an 8% increase in GB rate and cutting allowed barrel% in half. Which in turn has helped him cut down on the average batter exit velocity. Less hard contact. And there we have it.

Dean Kremer is not an elite pitcher. So despite improving all his pitches he’s not striking out more batters (sad trombone)… but… he is getting more soft contact and, importantly, allowing less hard contact in the form of XBH and home runs. That coupled with an improved command has cut down on his free passes and *poof* less bad outings. Now the reality check. He’s due for some regression. All signs point to him being a bit luckier than he should. He’s not a sub 3.30 ERA pitcher, sorry, he’s more of a 3.80 ERA pitcher… and there’s nothing wrong with that. That is still useful in the majors, and still useful for us fantasy degenerates. And since we’re in September, that regression might not even hit until next season.

He just survived a tough outing against Toronto (again) and now has the red carpet of streaming laid out for him with his next 2 starts against the Nationals and Tigers during most everyone’s fantasy playoffs. If you are in search of some quality innings, these are the matchups you are looking for. And the quality of hitters on those rosters does not inspire fear that his soft-contact-inducing ways will come to a close (yet). Pull up your bootstraps and add some Kremer to your playoff coffee for a smooth finish.

I expect better from you CoolDrip! Thankfully, I didn’t listen to you!

It’s all in the wrist rolling

First sentence I read … “Dean Kremer is not an elite pitcher.”

And that is all I need to know. Not blowing my playoffs with some random streamer that could destroy 21 weeks of work in one or two outings. No thanks.