Now, before you grammar police start kicking down my door, just slow down. This English Major knows what he’s doing. That little title up there is what we call intentional, or better yet, a play on words.

Creeper of the Week? How about ‘Ashamed of the Past Three Years and Source of Rage for Fantasy Owners and Atlanta Fans Alike?’ Too long? Too accurate? No, that’s a pretty accurate banner. As a Braves fan I really do feel like I’m channeling my inner-J-FOH. And if you’re still struggling to identify the culprit of said rage, the following interaction with a friend of mine reveals the answer in the most eloquent way possible: 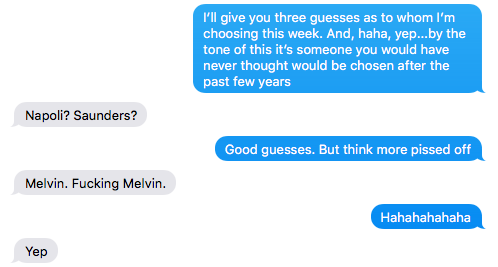 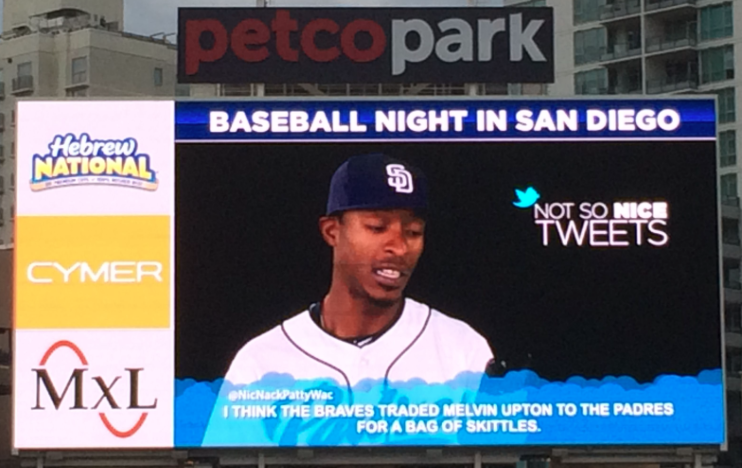 Pause. Inhale. Pause. Exhale. Repeat. (Yeah, you, like me, may need a few of these for this one)

But now we change the tone, because, if you look close enough, the [email protected] that was Melvin Upton’s Atlanta tenure seems to be unclustering itself.

The former 2nd overall pick will not live up to the mammoth contract he’s about to finish out, but he’s proving he’s still worthy of a spot in the MLB, and, arguably, a spot on your fantasy squad. I believe he accumulates 500 ABs this season, too. Jabari Blash can maysh (add a little redneck swag to that word) with the best of ’em and should vie for time in the Padres outfield, but Matt Kemp’s no ironman, and Jon Jay isn’t close to as talented as Melvin. His brother leaving town does nothing but relieve his pressure, freeing him up to play the game he was so damn good at for so many years. Get him now before that owned % keeps creeping higher.

Now onto the real hitters…