Martin Perez had a 5.48 K/9 last season in 85.1 innings pitched. His career rate is 5.46. Yuck. Last week, I wrote up Frankie Montas, who had a 5.95 K/9 last season. I guess I know what my type is. Yes, I’ve provided click bait for you. My daughter needs some new shoes, so I would very much appreciate if you clicked the Montas article a million times each. Thanks. Anyways, I’m bullish on Montas. Could the same be said for Perez?

Perez is a 27-year-old, left-handed pitcher. The Rangers signed him as an undrafted free agent back in 2007. He pitched a total of 761.1 innings with the Rangers from 2012 to 2018. This offseason, he signed a one-year contract with the Minnesota Twins.

The pitching arsenal consists of a fastball, slider, curveball, and changeup. The fastball velocity has averaged 92.6 mph over his career. The career swinging strike rate is 7.8%. The career K% is 13.9%. Martin Mehrez, amirite?

Not so fast young grasshoppers. So far in Spring Training, Perez has been throwing a fastball that’s been clocked as high as 97 mph. What? What?! As Do-Hyoung Park wrote back in Februrary of 2019, new pitching coach, Wes Johnson, assistant pitching coach, Jeremy Hefner, and pitching analyst, Josh Kalk, “pinpointed some mechanical and pitch usage inefficiencies in Perez’s film and data….In evaluating Perez’s mechanics, the Twins felt the way he used his lower half, especially his back leg, in coming off the mound, wasn’t the most conducive to his particular motion. The club feels that by cleaning that up, it can potentially add sharpness to Perez’s breaking ball and boost his velocity.” I’d say mission accomplished so far.

When it comes to pitching, I have a need for speed. Most of the flame throwers, though, are known commodities and require significant draft capital to acquire. Once in a while, a pitcher will come out of nowhere and enter the flame thrower tier. A name that immediately pops into my head is Danny Duffy back in 2016. Granted, Duffy did already possess a 94 mph fastball, but entering the 2016 season, he started throwing in the 97-98 mph stratosphere, which brought his average velocity up to 95.5 mph. As a result, he posted a career-high 9.42 K/9 that season and the K% went from 17.4% to 25.7%.

Want more? Anyone remember that Johan Santana guy? Well, he possessed one of the greatest changeup in MLB history and is now mentoring Perez.

Still not doing it for you? Man, tough crowd. How about a change in arsenal? Perez has scrapped the slider, which has been an awful pitch for him, and replaced it with a cut fastball, which according to Dan Hayes of the Athletic, had “scouts in the stands in disbelief.”

I always think of the IPO market when it comes to value. There’s all sorts of hoopla when a stock goes public, but you know what? Buying at the IPO price sucks because who’s selling you those shares? It’s the people that were buying the stock when it was thousands of percent lower. You want to be that guy or gal. Buy low, sell high they say. 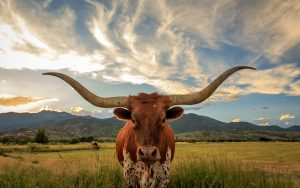