I was never a letterman jacket guy. Thought they looked silly. What always gave me a chuckle, though, was when I’d see someone wearing a letterman jacket but without the letter! C’mon man! Now, even though I wasn’t a letterman jacket guy, my ego was, so my chest puffed out a bit when I got mine my freshman year. Yes, I’m bragging, but in an Al Bundy sort of way. By the way, I hate the word humblebrag. Anyways, one is not just given a letter for the letterman jacket. One has to earn it by making the varsity team. Jonathan Villar (JV) has been a top 25 player over the past month, so he’s earning that letter. Is it sustainable?

Back in 2016, Villar exploded onto the scene when he clubbed 19 home runs and stole a whopping 62 bases that season. As a result, he was being selected as the 20th overall player in fantasy drafts the following year. He finished with 11 home runs and 23 stolen bases. Talk about a wide range of outcomes. So far in 2018, Villar has 10 home runs and 23 stolen bases. Looks like the same old same old, but let’s not forget that he was traded from the Milwaukee Brewers to the Baltimore Orioles at the end of July.

When I dig into the numbers, the swinging strike rate is the same at 13% and the contact numbers are similar. The swing rate is higher in Baltimore, though (49.9% vs 46.9%). The first strike thrown percentage is also much higher (73% vs 63.4%). I think this can primarily be explained by lineup order. While in Milwaukee, Villar was often slotted at the bottom of the order. In Baltimore, he has been a fixture at the top of the order. Pitchers didn’t feel compelled to give him anything to hit in Milwaukee, especially with the pitchers spot due up soon after. In Baltimore, it looks like he’s getting challenged more.

All of that segues perfectly into the one number that really jumped out to me when I first pulled up Villar’s stats. The ground ball rate. In Milwaukee, that number was an absurd 63%. The GB/FB was 3.89! In Baltimore, the ground ball rate has been 45.7% and the GB/FB has been 1.28. He’s getting better pitches to hit.

Speed. Power. Great spot in the batting order. Plus, we’ve seen what the ceiling can be. Not saying that’s happening here, but it’s within the range of outcomes. For someone that’s owned in only 26% of ESPN leagues, <shrug emoji>. 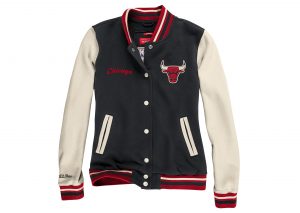