We used to be inundated with the corniest commercials from McDonald’s. Ha! Gotta love the ’80s. But they worked, as people flocked and continue to flock to their establishments for the Big Mac. It’s estimated that close to 1 billion Big Macs are sold yearly around the globe. There was a time when each McDonald’s sign would show the number of people served. I remember when it was in the millions. Now they don’t even bother. It’s like when someone has F U money. There’s no need to count anymore and you look like an a-hole to everyone else if you do. With that said, it hasn’t been all good for McDonald’s, as there have been numerous failures throughout their history: McLobster Roll, Hula Burger, McPizza, McSpaghetti, Mc HotDog, and McDLT. Now, Nick Solak of the Texas Rangers has been en fuego to begin his major league career. Will he force MLB to produce Big Solak Attack commericals or will he go the way of the McDLT?

Throughout his minor league career, Solak had a strikeout rate around 18-19% with a walk rate above 10%. He hit for average, displayed pop, stole bases, and maintained an elevated BABIP. In 2018, when he played Double-A ball for the Rays, Solak clubbed 19 home runs and stole 21 bases.

Since arriving to the majors on August 20th, Solak has played 21 games and accrued 87 plate appearances. The strikeout rate has been 20.7% while the walk rate has been 12.6%. Those numbers are consistent with his minor league track record. He’s hit 3 home runs, stolen 1 bases, scored 16 runs, and driven in 13. The ISO has been .208 and he’s hit .347, but that’s been fueled by a .431 BABIP. Regression will likely come, but the overall profile seems consistent with his history. Let’s see if we can glean anything from digging deeper.

The GB/FB rate has been 2. Looking at his minor league numbers, he’s had a high ratio, so this isn’t too alarming. He’s pulling the ball 40.7% and going up-the-middle 37% of the time. Solak has never had a pull rate above 45%, so once again nothing out of the ordinary.

The contact rates are above average: 85.7% in the zone and 76.6% in general. The swinging strike rate is only 9.2% while the chase rate is 25.5%. I don’t have access to the minor league numbers for those categories, but they are excellent numbers regardless.

The most intriguing aspect regarding Solak is that he’s hitting in the heart of the order, as the Rangers have slotted him at clean up for 11 of the past 12 games.

Luck should even out for Solak eventually, but the sample size has been and will continue to be relatively small the rest of the season, so it’s within the range of outcomes that he continues on this heater. With that said, some regression is in store, but the overall hitting profile for Solak indicates that if it indeed does comes, the decline won’t be too severe, as he has good awareness of the strike zone and doesn’t flail away. 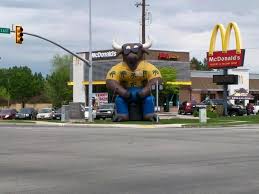 ok semi start tmw.
i get 6 adds, my opponent has 7 scheduled starts and 3 closers and maeda.

i have the following closers, jansen, melancon, leclerc,bradley,handriks, jimenez and carlos (flu?)
and Hand (fatigue?)

i have 5 scheduled starts, severino 2, caleb, lyles and paddack. I can use an add tonight and it wont count.
should i drop Hand? to stream davies tomorrow? i can add a lopez, but i kind of liked davies better against SD??
I can then drop to activate severino and drop paddack (last start? ) to add civale, lopez..maybe a few other streams

I wouldn’t add Davies, though

thanks pass the opportunity to stream tmw for no waiver?
or grab a lopez?
thanks

Not crazy about the streaming options tomorrow

12 team H2H weekly points. This last week is 10 days instead of the normal 7 day week. There are no changes once Monday starts. It is hard to go negative so more AB is ideal. Scoring below.

I need a catcher to stream. Here are the options

Reese McGuire for me. Those two series with the Orioles are sexy AF. Plus, he’s got pop

All hail Solak the Magnificent!